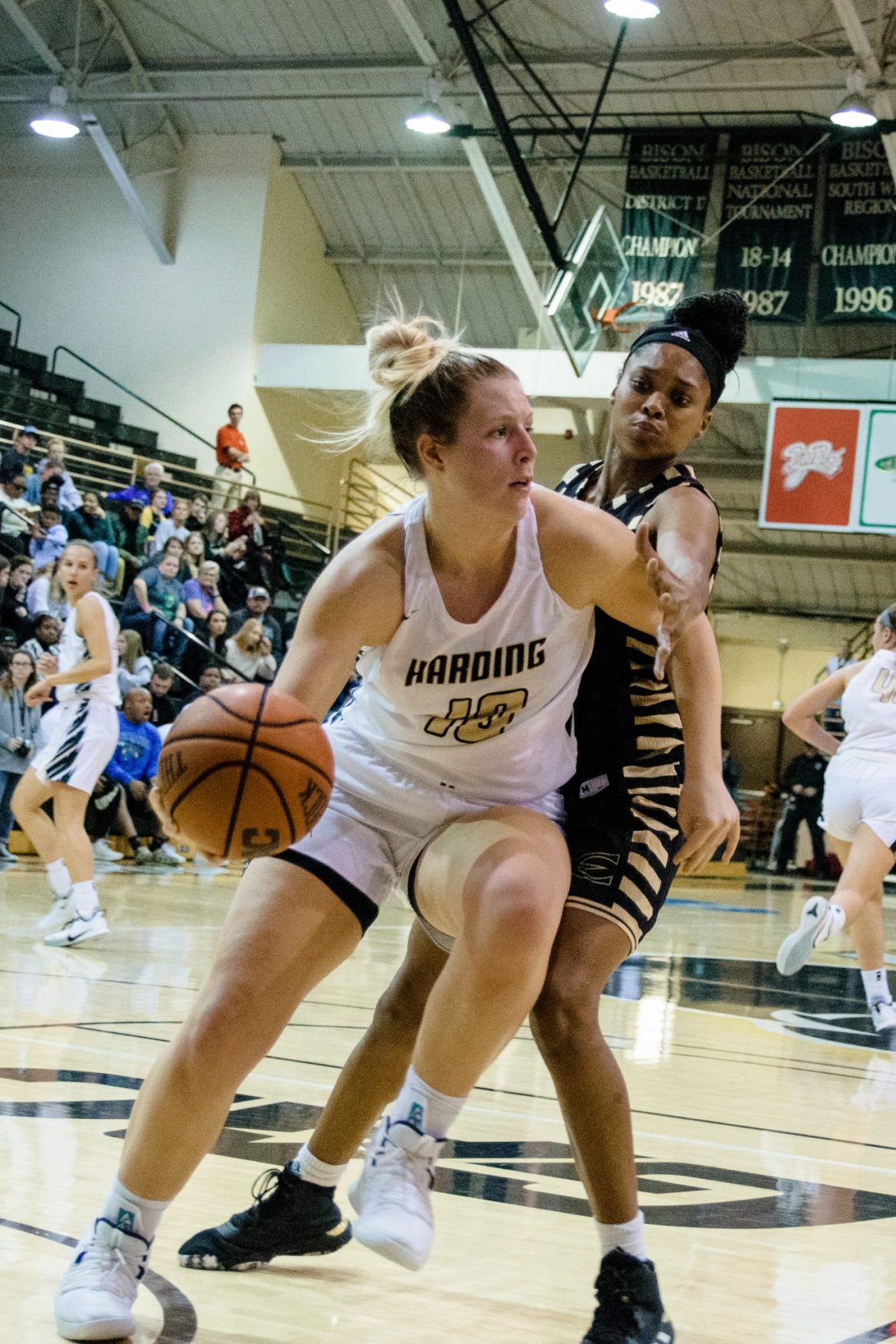 Last weekend, Harding hosted the first ever Big Red Classic basketball tournament. Both the men’s and women’s teams had successful showings. The Harding women’s basketball team came away with two victories — the first over Emporia State, and the second, Missouri Southern. The Harding men’s basketball team finished with one win and one loss. Minot State came out on top Friday, but the Bisons won their second game against St. Cloud University on Saturday.
Women’s Head Coach Tim Kirby said, “We have a really tough non-conference schedule, so to start off like that against regional teams — being able to come out with two wins — was big for us.”
According to senior forward Cheyenne Brown, the two wins this past weekend say a lot about what the team is capable of for the rest of the season.
“Emporia and Missouri Southern were two really hard teams to play in the beginning.”
Nevertheless, the Lady Bisons managed to come out on top. Brown expressed pride in the way her team executed in the fourth quarter, and in the second half overall.
Kirby said the team’s decision making had to be pretty quick.
“The Lady Bisons played two totally different games this weekend as far as what the opponents did,” Kirby said.
The Lady Bisons rose to the occasion and did just what they needed to to win. Kirby and Brown were encouraged by the outcome of what can happen when everyone fully buys in and believe there is an exciting season ahead.
Men’s Head Coach Jeff Morgan was also encouraged by the results of last weekend’s tournament. Morgan was specifically proud of his team’s ability to maintain composure and poise throughout both games, even when they were down in points.
“I feel like we really grew from Friday to Saturday night – not only from loss to win, but as a team,” Morgan said. “Hopefully we can continue to do that throughout the year.”
The men’s starting lineup consisted of four new players this weekend, which added another element. Morgan was pleased to see the way the men worked together.
“I am excited about where we are, but we also have some really good basketball ahead,” Morgan said.
Morgan said basketball is special because of the connection and intimacy between the teams and crowd produced by the game’s setting. Morgan, Kirby and players invite everyone to come out for the remaining games of the season.