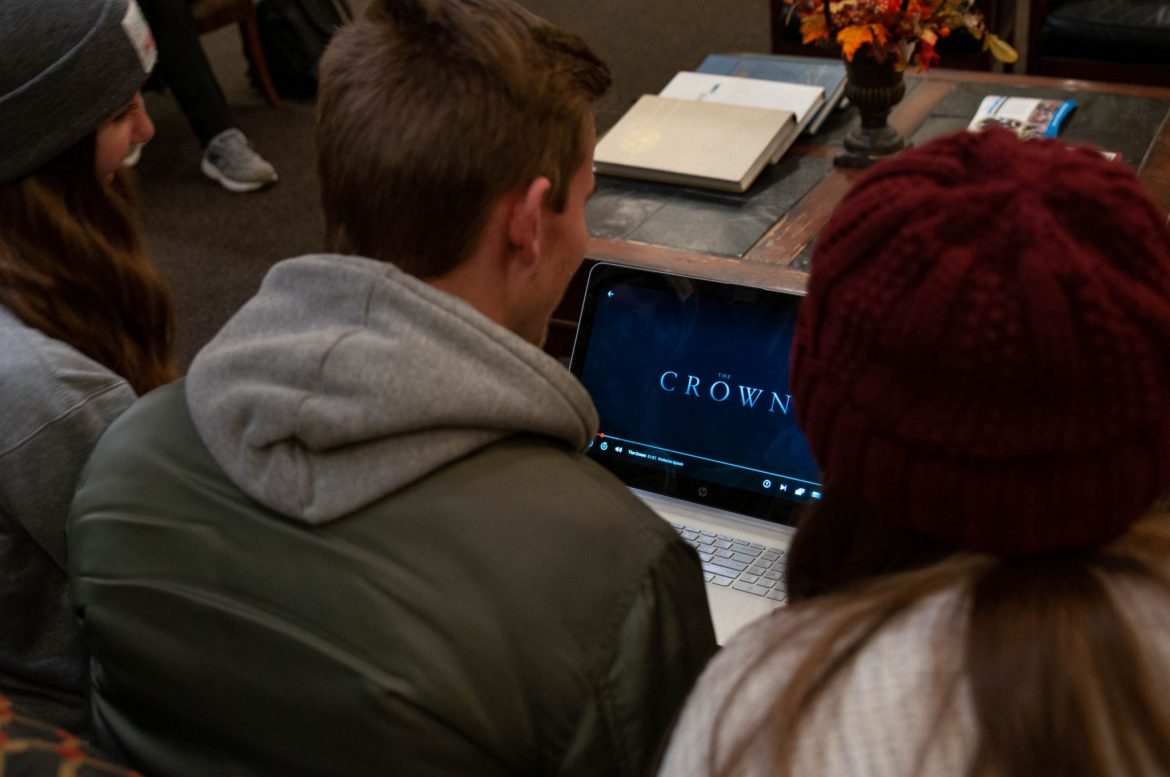 Winner of the Golden Globe for Best Television Series in 2017, “The Crown” has proven to successfully be both entertaining and educational. The spring HArding University in England (HUE) students watched the series about the life of Queen Elizabeth II as they traveled to parts of Europe where her reign took place.
Director of Harding’s Northern European Programs Lauren Knight said her goal for the students abroad is to get a feel for British history and culture before they arrive. Watching the series is required for the Humanities 2730 course, which discusses British History and covers British Roman times to Britain today. Knight said the show gave her and the students a whole new appreciation of the British monarch.
“As Americans, we see them as fabulously-adorned celebrities, but here, the view of who they are and what they sacrifice is a bit more of a sensitive subject,” Knight said. “They are doing a job they never chose. They never get to quit. They never get to live private lives. And they do this job until they die.”
Even if “The Crown” isn’t 100% accurate, it gives good insight to actual historical events. Senior Olivia Brown said her experience watching “The Crown” while abroad last spring made things a little easier to understand in regard to the Royal Family.
“It’s impressive that the queen manages to handle all her duties, especially because she didn’t expect to have to handle them when she was just a little girl,” Brown said. “We think of Queen Elizabeth II as a sweet old lady, when really, she is extremely smart and tough having to handle a room full of male politicians for longer than any woman in American politics.”
Current HUE student, sophomore Rachel Dixon, said she would’ve never known a lot of the information presented in “The Crown” if she hadn’t watched the show.
“I didn’t know a lot of the scandals that occurred during the first part of Queen Elizabeth II’s reign,” Dixon said. “For example, I’m too young to know about Princess Margaret and Peter Townsend and the controversy that went with that. It was also interesting to see what a recent monarch’s coronation looks like and also learn in class about how those traditions were started.”
Knight agreed with Dixon that watching the show gives students the opportunity to expand their knowledge of Queen Elizabeth II’s reign and what it means to be a monarch.
“While headlines and movies weave together personal issues and dramatic relationships, the truth is we probably won’t ever really know if that’s accurate or not,” Knight said. “However, it does offer an interesting perspective of what it would be like to live as a monarch for most of your life and how large world events would be viewed from the perspective of Her Majesty.”
Season three of “The Crown” will premiere on Netflix Nov. 17, and the HUE students are anticipating the release.
“We will arrive in Dublin on the night season three is released and are doing a cozy watch party in our Dublin hotel,” Knight said. “There will be tea, all the Cadbury chocolate you can imagine, and it should be loads of fun.”