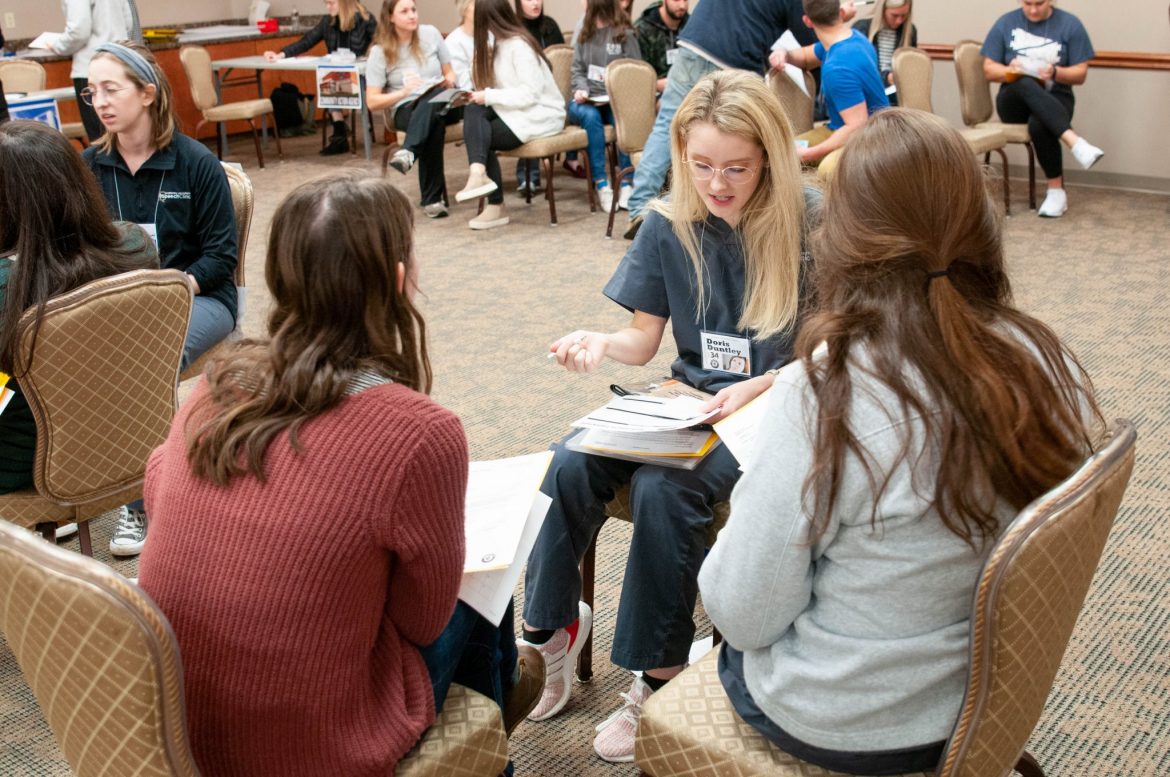 A poverty simulation hosted by the Center for Health Sciences was held in the Founders Room. Eighty students participated a poverty simulation on Monday, along with faculty members in pre professional health programs and volunteers from the Searcy community.

Students were given identities for the night and were then divided into 26 “families,’ which were essentially groups of three to four students who were to act as a caretaker, parent or guardian, and children. These “families” reflected a variety of scenarios, such as those who were newly unemployed, deserted by the breadwinner, homeless and those who were recipients of temporary assistance. The simulation took place in four intervals of 18 minutes, with each interval meant to represent a week in the life of these “families.”

After a debriefing, students discussed scenarios they acted out, and how various obstacles affected their lives.

Dr. Debbie Waggoner, associate professor of pharmacy, hopes to incorporate this simulation into other Harding programs in the future, as it gives people a perspective to life they may not have been familiar with before.

Junior child life major Sarah Marks took on the role of an eight-year-old boy in a low-income family. She said seeing her parents unsure of where to look for assistance worried her while she was in school, which affected her.

“I was distracted by seeing my parents running around, and I was worried if they were able to get food stamps or if they paid the mortgage,” Marks said. “I sat there and watched how stressed my parents were, which made me stressed as well.”

Senior communication sciences and disorders major Christy Anne Willis said participating in the simulation gave her a sense of the real world and allowed her to empathize more with people in those situations.

“I’ve spent several summers working with children from low-income families, so I have been familiarized with different situations a child might be exposed to in poverty, but this simulation allowed me to empathize a little bit more,” Willis said. “Playing a child in the simulation, I was told by the people running the simulation that if our parents forgot to buy food, to throw fits and complain about hunger. While it’s fun to pretend to throw a fit, it also gave me a lot of insight into the behaviors that some of the kids that I work with have.”