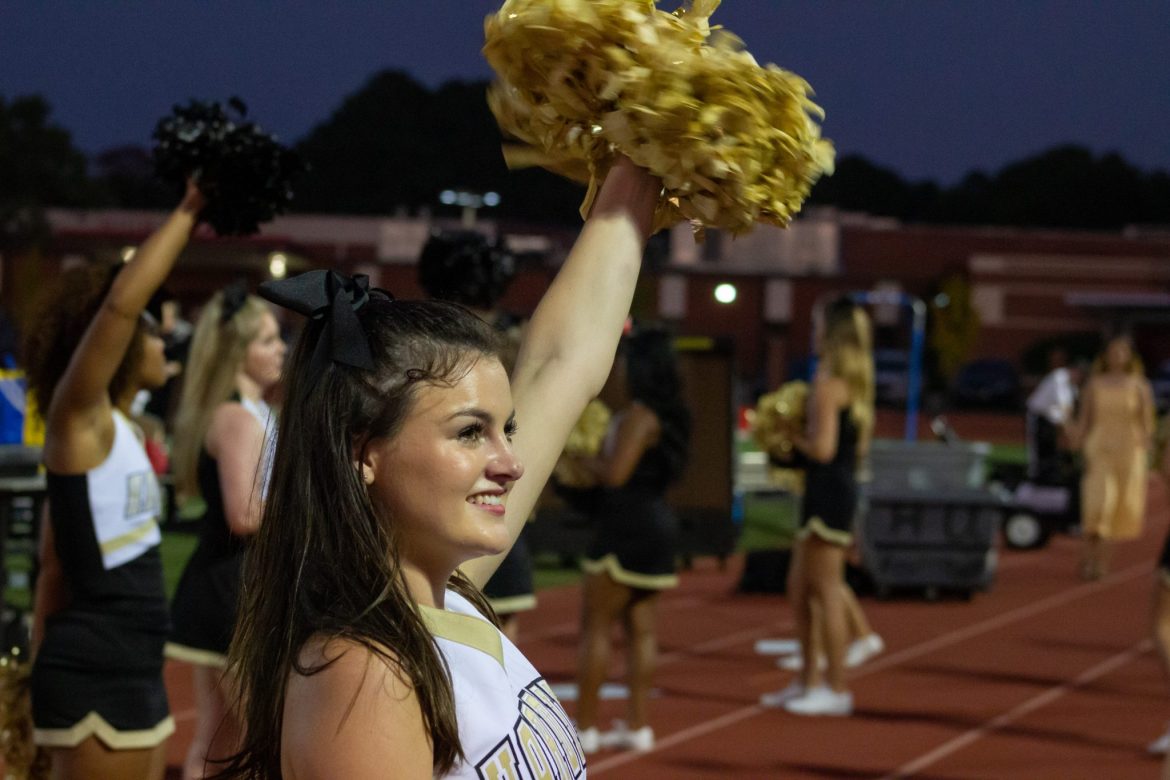 Preparations for Homecoming weekend have been underway since the beginning of the school year. For the Harding cheer team, preparing for a season of cheering on the Bisons began by moving onto campus one week before everyone else. Since that 1st week, they have rehearsed cheers, stunts and tumbling skills to perform during the year, especially at Homecoming.
Junior Rachel Frost has been cheering for the Bisons for three years. She said the team typically practices four hours per week, but practices prior to Homecoming weekend last longer in order to prepare since it is such a special time on campus.
“Homecoming is a neat time to integrate people who have made Harding into what it is today with current students, and I think that is really special,” Frost said. “It’s obviously about the game, but it’s also about the pep rally and tailgates and the Homecoming musical, and there’s a lot going on on campus that weekend. One of our main jobs as cheerleaders is to get the student body and the community of Harding to support and cheer on the Bisons, and that’s part of what makes Homecoming such an exciting time.”
Junior Kaci Mason said cheerleading has evolved through the years at Harding, and Homecoming gives the current cheerleading team members a chance to socialize and learn from cheer alumnae who return for the weekend. She also said visiting with cheer alumnae reflects on how the sport has grown at Harding.
“Homecoming is really great, especially for cheerleaders, since the alumnae come back and tell us how great we’re doing,” Mason said. “It’s cool to see how cheer has evolved, since it hasn’t always been the way it’s been, especially at Harding. It used to just be cheering in general, but now our tumbling has gotten more intense, and our stunts make it the sport that it is.”
Sophomore Hadley McDaniel said while people may not see the hard work and effort that goes into what the cheerleaders do, all of the team’s hard work pays off.
“People don’t think it takes that much time to prepare for the things that we do on the sidelines,” McDaniel said. “We try to practice enough to where we do these stunts that are multiple layers high and people think are easy [to perform]. It’s fun to get to show the crowd what we’ve worked really hard for and make it look really easy and effortless.”