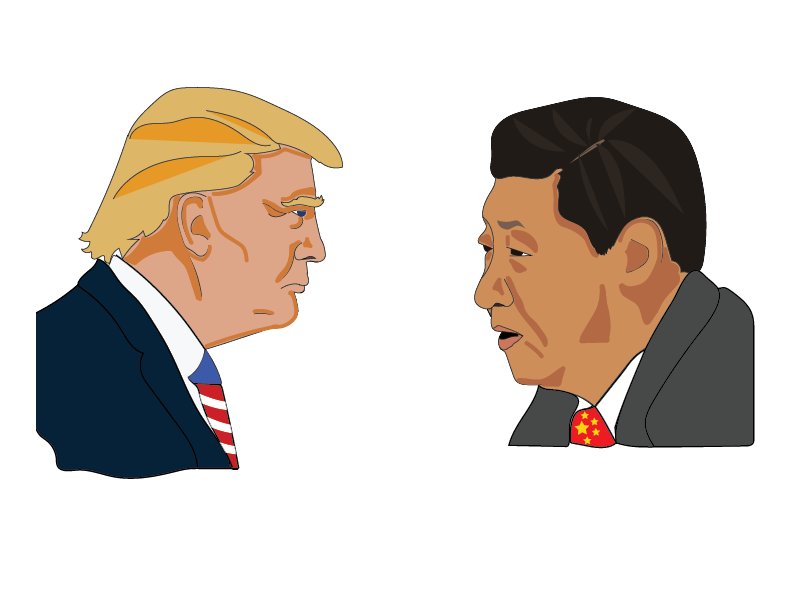 The trade war between the U.S. and China is ongoing, entangling other aspects of the growing tension with China on an international level.

Hong Kong, officially Hong Kong Special Administrative Region of the People’s Republic of China, maintains separation from China’s governing and economic systems under the principle of “one country, two systems” after being transferred from the British Empire to China in 1997. However, the region inevitably feels the current pressure.

October marked the fourth straight month of protests in Hong Kong, where police have been accused of using violent methods to control protestors, hoping protesters discredit themselves.

“We all come from socialist countries,” Zhang said. “As you know, politics is very complex.”

According to Reuters, after the U.S. changed its visa policy for Chinese scholars in May, China’s Ministry of Public Security worked on new regulations to limit the ability of those who are employed or sponsored by U.S. intelligence services and human rights groups to travel to China.

In the last two years, the number of new Chinese students attending Harding has decreased by nearly 20%.

“In the past, there were 10-20 new graduate students per year when on-ground MBA courses were offered,” Harding’s Chinese recruiter West Ling said.

However, according to Ling, students he had recruited didn’t have much difficulty in getting their visas, and Harding tried its best to support all qualified applicants.

“To some degree, the relationship between America and China will affect potential students and their parents’ choices of studying abroad.” Ling said. “Also, British and Australian universities are very aggressive on recruiting Chinese students. However, most students or parents believe U.S. has the best education system.”

During Ling’s recruiting trips through China Now, an organization that sends students and teachers to teach English in China, he has observed that American universities and teachers for the China Now program are still very welcomed.

Senior Zehan Wu, another student from China, believes the situation may affect some Chinese students in America but not those from Harding.

“I have heard some of the Chinese students were repatriated back to China without any reason, but in my opinion, it does not affect Harding students since they only limit Chinese students who go to the high-level colleges, like Ivy Leagues,” Wu said.

China Now is very specific about not getting involved with political or current events in China. They are told not to discuss the Three T’s: Tibet, Taiwan or Tiananmen Square. Now, Hong Kong is added to that list.

According to CNBC, the U.S. already introduced a law to prohibit those who are employed or sponsored by the Chinese military from getting research and student visas.

Revisions made to Harding faculty constitution