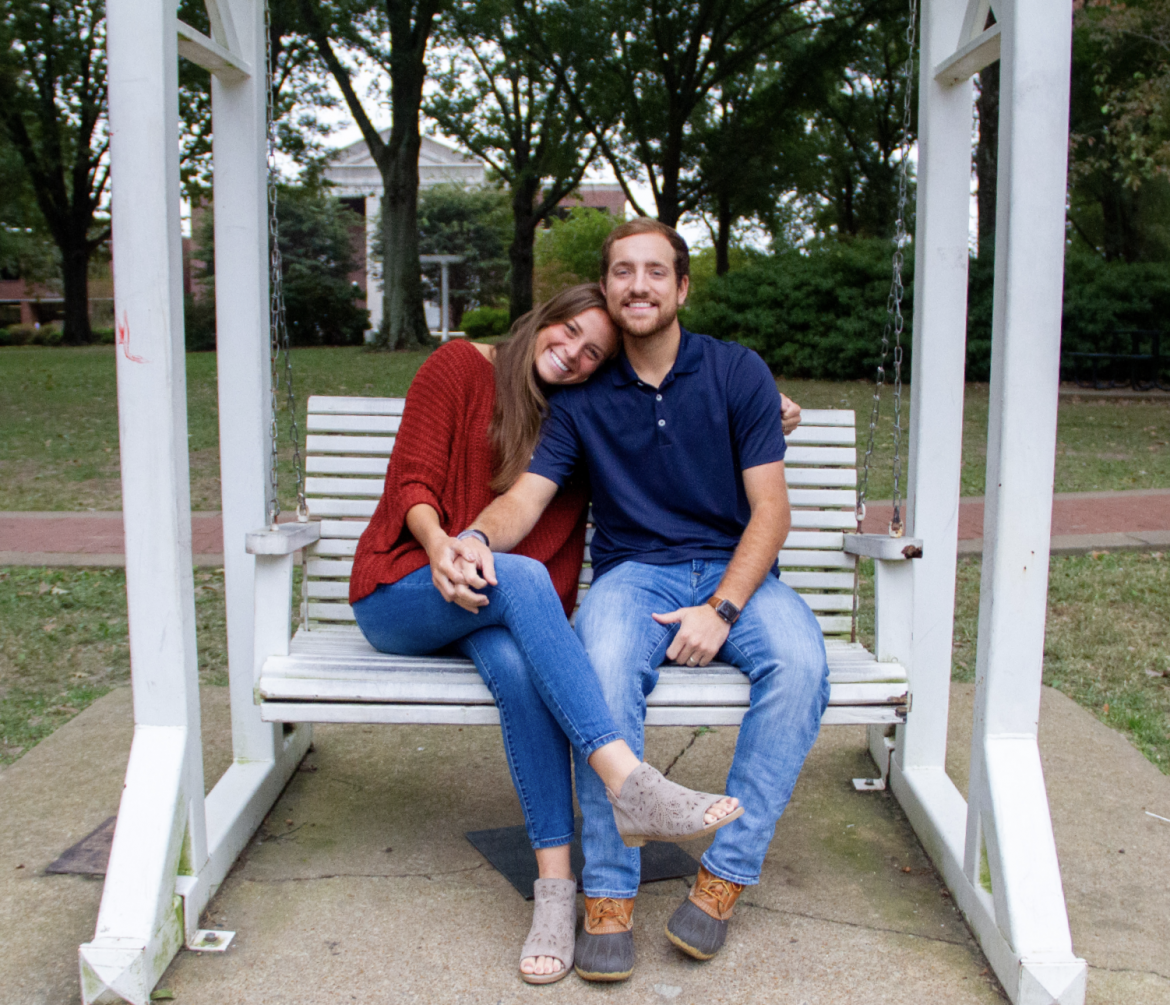 After getting married in July, seniors Clay and Amelia Lewis are making an effort to remain as active as ever in extracurricular activities such as University athletics and social club leadership instead of secluding themselves into their married life. Their schedules can be hectic at times, but the Lewises said they make it work with honest communication.

The couple said they grew up knowing God had set them aside for one another. In their third-grade class, Amelia said her heart dropped when she saw Clay for the first time. Through their elementary and high school years, they remained friends yet continued to pursue one another. That is, until their sophomore year, when a mission trip to Nicaragua changed everything. Without knowing, they both ended up there. From then on, they were inseparable. After that fateful trip, they officially started dating their junior year of high school and have been together ever since.

They shared sports, homecomings, church events and much more, and they both agreed the last two years of high school were the best. The next stop for them was college, which didn’t matter to their relationship. The couple was confident that, regardless of where they attended, their relationship would remain strong.

During their first few years, they got to know each other in a whole new setting with new communities and challenges. They said that almost anything and everything hard or praiseworthy, they have been through together. They grew into young adults and fell even more in love despite their new season and schedules.

“I actually got to watch the man that I prayed for grow into the man I prayed for,” Amelia said. “I watched him change and become a man of God.”

Marriage was a topic the couple discussed from the beginning of their relationship. In fall 2018, Clay proposed after some family hardships, knowing that Amelia was the person he wanted to spend life with — and they didn’t want any more time to go by.

“Getting married and doing life together has been a conversation we have had since high school, honestly,” Clay said. “I knew, when we started dating again, I wanted this to be it. When she went to Africa, that’s when I started to realize that I was ready for us to be one. Then when she got back, some family situations happened that made me say ‘I’m ready, it’s time,’” Clay said.

Now Clay is vice president of men’s social club TNT, and Amelia is a queen for TNT and a member of women’s social club Zeta Rho. She also plays on the Harding women’s soccer team. Even through their busyness and schedules, they prioritize their ability to communicate and maintain their independence in other communities. Marriage is something both are excited about and love being able to come home to each other at the end of the day.

Their friends and teammates are 100% supportive of their marriage. They respect Amelia and Clay’s ability to be independent and still a unit. All their friends understand the time the couple needs to be with one another.

“Clay is disciplined by nature, and does well juggling his busy schedule,” senior Carter Bramlett said as a friend to the couple. “He is obviously devoted to his wife, and is still able to be involved in the club … I think he is wise and shows great maturity in his marriage. In spite of his chaotic life, I know his wife feels loved and cared for.”

Spending senior year as a married couple didn’t discourage Clay and Amelia from continuing in the activities they had already loved at Harding. Rather, the couple has chosen to continue all these things — together.