Home News What it means to be southern: English professor releases a new book

What it means to be southern: English professor releases a new book 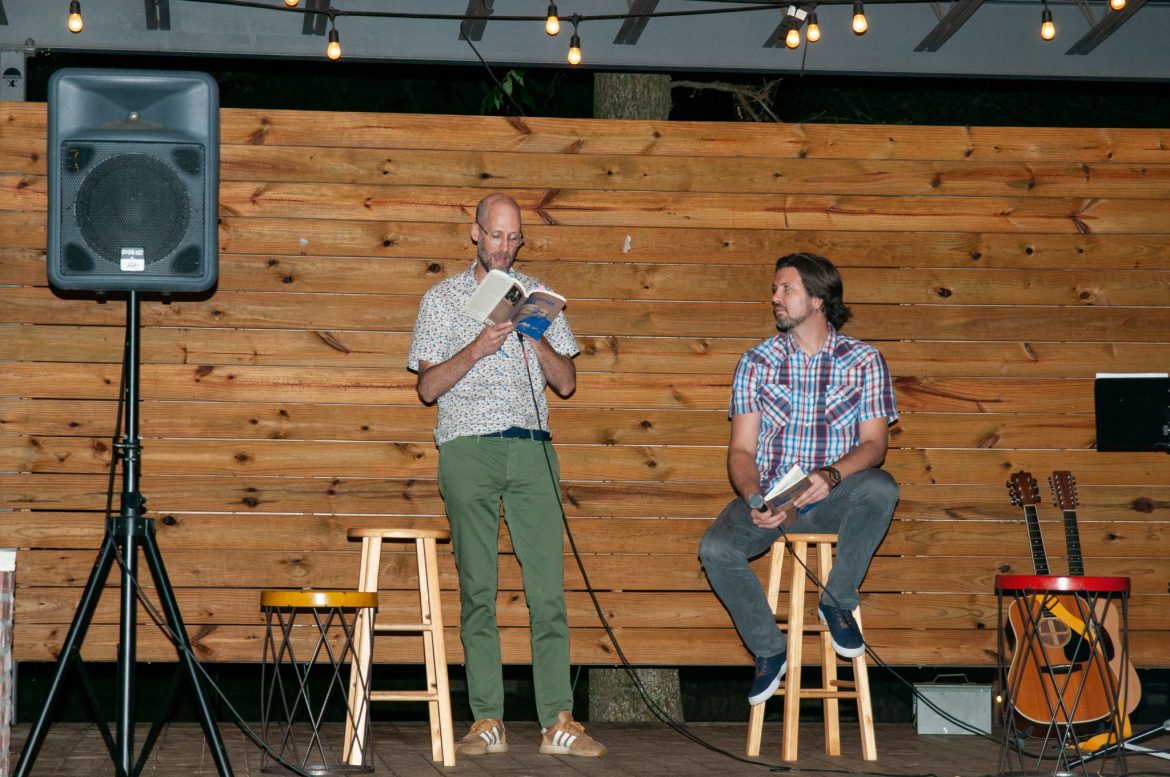 Dr. Heath Carpenter, assistant professor of English, presented his new book, “The Philosopher King: T Bone Burnett and the Ethic of a Southern Cultural Renaissance (The University of Georgia Press)” on Sept. 30 at KIBO Midnight Oil.

In the book, Carpenter investigates a contemporary cultural movement inspired by the artist and producer T Bone Burnett. Carpenter explores how Southerners are seen by outsiders, and how they see themselves. In the process, he analyzes issues of race, social class, gender, religion and politics within the complicated notion of heritage and tradition: where we have been, where we are, and where we’re going.

“Growing up in the South, I identify with what Patterson Hood calls ‘the duality of the Southern thing,’ meaning Southerners live with the tension of being both deeply proud and also ashamed of the south’s past and present,” Carpenter said. “I used the pop culture as a way to investigate contemporary Southern identity from people that I understood — the type of Southerners who say, ‘Yeah, I am from the South but I am not that kind of Southerner…’” Carpenter said. “And I am trying to negotiate the conversations on what it means to have a Southern identity. That was my ultimate motivation.”

Throughout the pages, Carpenter covers artists like Lil Wayne, the soundtrack from movies including “O Brother, Where Art Thou?” and “Deliverance,” and contentious political and social conversations surrounding issues like Confederate statues. In the meantime, he shows how aspects of Southern culture like food and journalism can aid in helping the region grapple with difficult issues of the past and present.

As Carpenter was working on “The Philosopher King,” he interviewed award-winning artists, journalists and filmmakers who, according to him, were incredibly insightful and gracious.

Carpenter plans to use some chapters in certain classes and the book as a whole in his Southern literature course.

According to Carpenter, the biggest obstacle for him was weaving source material, analysis and a cohesive narrative together.

“Harding administration and the English department were very supportive and allowed me time and space to write.” Carpenter said, “I couldn’t have done this without their backing.”

Carpenter started conceiving the book his first year of graduate school, and it took him about 3 years to finish the book.

“I’m grateful to be married to a thinker.” Heath’s wife, Hannah Carpenter, said. “He makes me and our kids to think more about our place in the world. He inspires me, and I think I inspire him, too.”

Senior Cayde Newton was born to a single teenage mother in urban South Carolina. He said Carpenter was able to articulate the balance of understanding and distance that defined his relationship to his Southern roots.

“I don’t often have trouble putting down a book, but I literally can’t express the extent to which I loved The Philosopher King and how, as someone born and raised in and around the South, the book is just so important to read,” Newton said.

Making your own major