Home Sports Winning on and off the field

Winning on and off the field 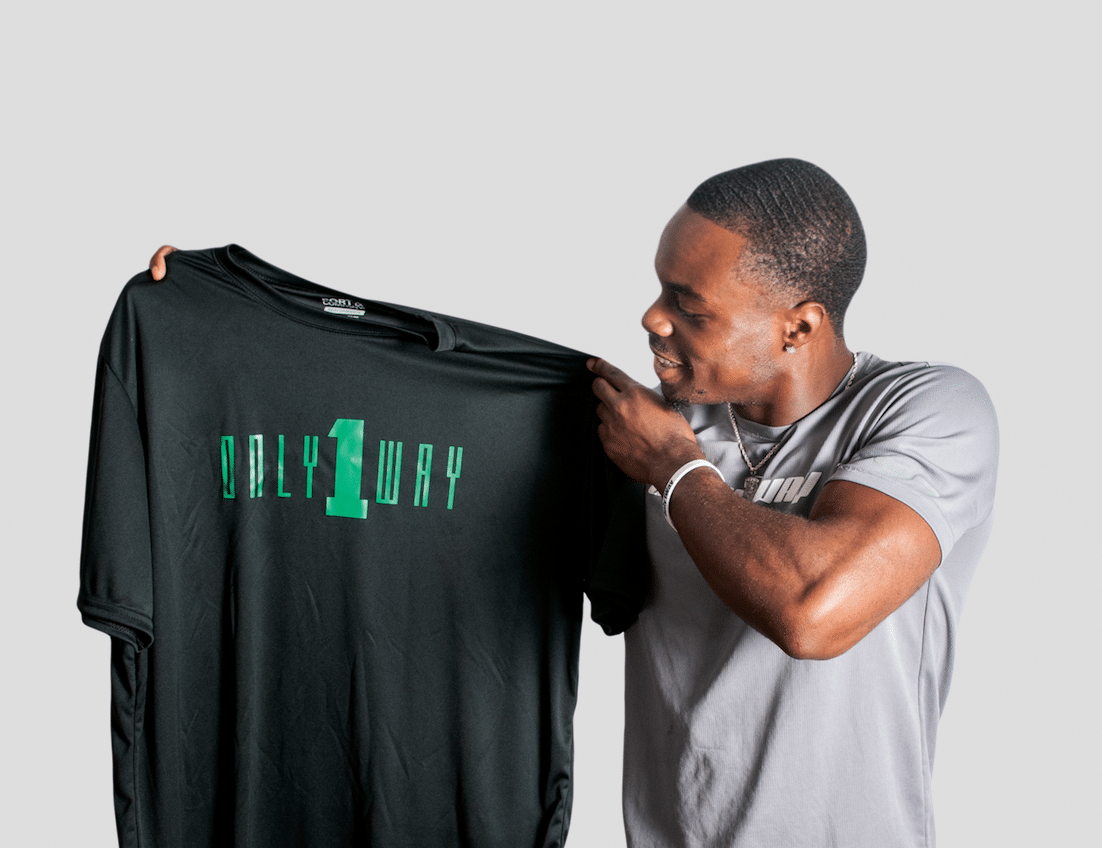 As the Harding Bisons prepare for their upcoming games with the season in full swing, junior defensive back Jacory Nichols is also juggling his own personal clothing brand, Only1Way.
Nichols said his inspiration in creating Only1Way came from playing football and wanting people to give their best.
“It started off as a reminder to remain humble, keep the faith in God and grind for the things you want,” Nichols said. “I just put all that together and made it one thing.”
Senior Majerle Ingraham, a friend of Nichols, encouraged people to believe in something the way Nichols has believed in his brand.
“I feel like Only1Way is good for everybody, because the brand is really big on faith, so it just gives everybody an opportunity,” Ingraham said. “The brand gives people confidence. If they want to believe in something and really put hard work into it, they can really take off like 1Way did.”
Nichols said he was taken aback by the way people have shown their love toward his brand.
“When I started selling in the spring, [Only1Way] kind of blew up for a minute, and then I couldn’t really put all of my time into it so I had to just let it be for a while,” Nichols said.
On Sept. 21, Nichols was named Great American Conference Defensive Player of the Week.
Despite being a full-time student, athlete and entrepreneur, he said he works toward achieving his best, which is what Only1Way is all about.
Other members of the Harding football team were in full support of their teammate as he launched his brand last spring and still are. Junior linebacker Shedrick Robinson, has bought multiple items from the line to help Nichols promote.
“I bought like six shirts and five bands,” Robinson said. “I just always shout him out on Instagram or Snapchat. That’s my brother, so I got to help find ways to support him in whatever he does.”
As of now, Only1Way sells short sleeve shirts and wristbands; however, Nichols has plans to expand the line in the upcoming season.
“A lot of people are wanting to wear long sleeves, so I’m going to do something for the winter and then just go from there,” Nichols said.
Whether he’s working on his game or his brand, Nichols strives to put everything he has into the things he is passionate about.