From Division II to NFL 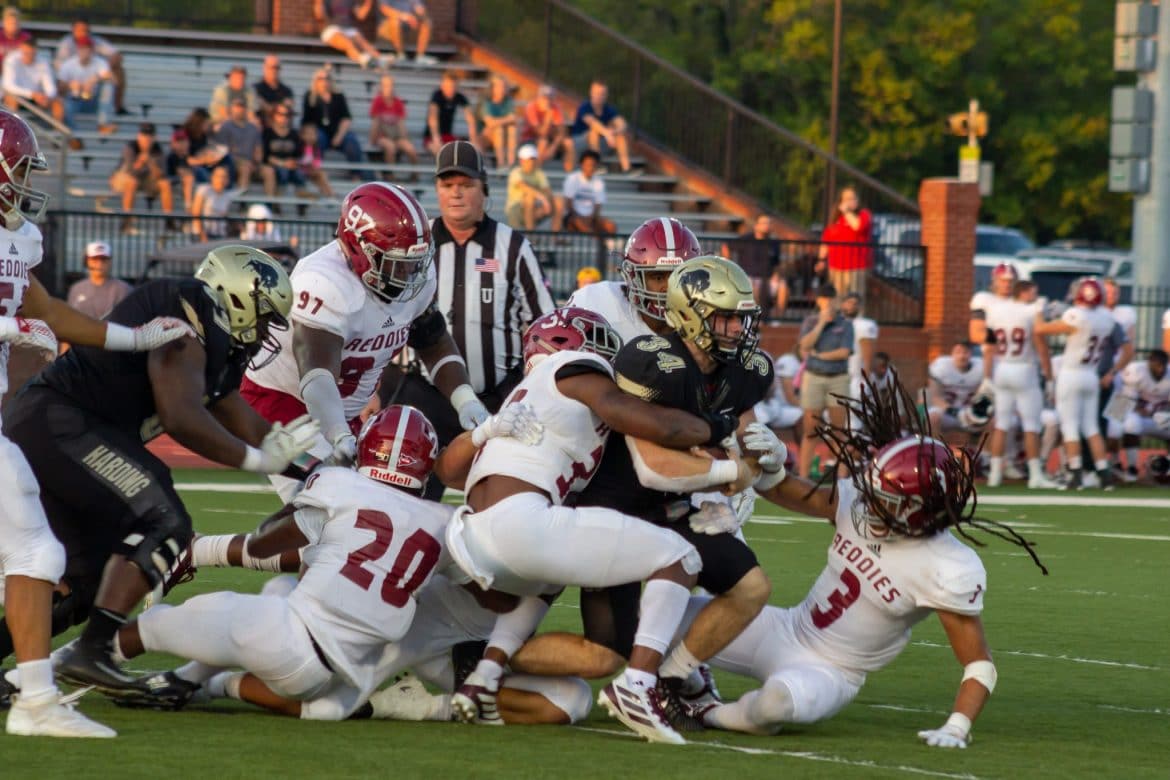 The NFL hosts a draft every year in which college players are selected by teams to play on the professional level, but not all college athletes are chosen. Out of thousands of football players, only 254 were drafted to a team this year, and of those 254, only five came from NCAA Division II colleges.
While Division II players are competing against smaller teams and don’t receive as much publicity as Division I teams, they aren’t overlooked by NFL scouts. Still, the question has often been raised whether it’s harder to be drafted coming from a Division II team as opposed to Division I, and if players can expect to play on the professional level coming from a Division II school.
Luke Tribble, Harding football’s special teams coordinator and defensive back coach, said there is a lot that goes into the scouting process, even when scouting on the college level. Because he has had a role in this in the past, he knows what teams are looking for when it comes to drafting players.
“There’s a lot of things we look for,” Tribble said. “But it all starts with the question that we ask their high school football coaches, and that is, ‘What type of person are they?’ We are looking for young men with really high character that are exceptional young men who want to do the right thing. There are some players who just like football, but we are looking for players who love the sport. We look for prospects that love everything about football, from weight training to playing on the field.”
When going professional, scouts are looking for the next breakout player and the missing piece to complete their team. Recently, scouts from the New Orleans Saints and Oakland Raiders came to Harding to look at the program as a whole and see what work is being done here.
Former San Francisco 49ers Head Coach Bill Walsh knows what to focus on when looking for potential pro players.
“The difference is the truly unique combination of skill, passion, focus, competitiveness and dedication that separates one from the other,” Billick said. “These are the same attributes it takes to play quarterback in the National Football League and the hardest to isolate, identify and quantify. But find me a tough gym rat with a live arm, pinpoint control and a level head, and I’ll take my chances.”
Harding junior offensive lineman Sam Wilson said there are several current players he believes have the potential to go on to play professionally, and he thinks that it is definitely possible to go pro coming from a Division II team.
“If you’re just a [good] ballplayer, people are going to find you,” Wilson said. “It’s like with colleges and going to a small high school. People think you won’t get recognized but it doesn’t matter where you’re from, you’re going to get the same opportunity that anyone could have. But if you’re a [good] ballplayer, you can go anywhere.”