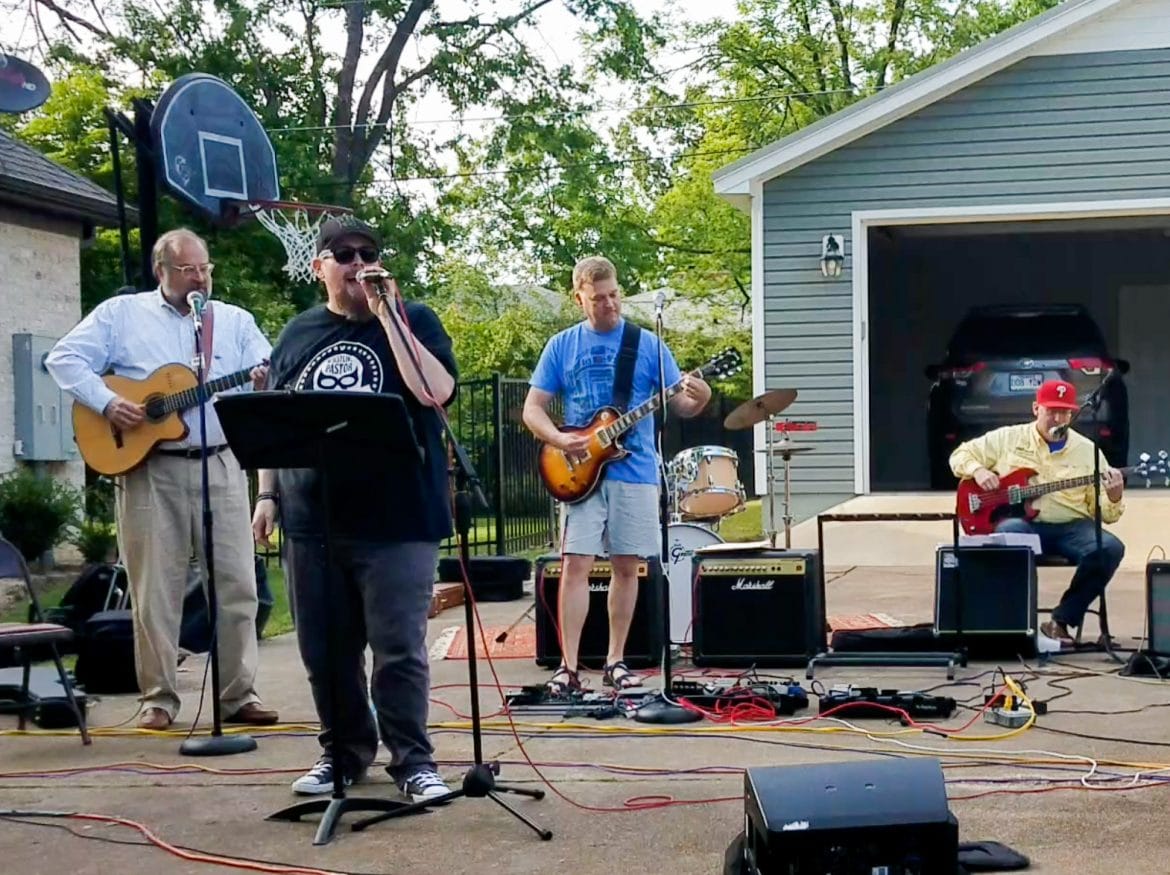 Students at Harding may think they know their teachers, but a professor band may prove them otherwise. Some faculty members from the College of Bible and Ministry have gotten away with having a band for the last seven years without gaining the recognition they deserve. Members include: Dr. Tom Alexander, retired professor on the guitar; Daniel Oden, associate professor on the keyboard; Devin Swindle, associate professor as lead singer; and Jim Bury, assistant professor on drums.
“We kept saying we needed to get together and play sometimes, so we decided if we were going to do this, it had to be now,” Bury said.
Bury said that up until this fall, when they played a set at the Bible majors’ retreat, they had only ever played at Bible majors’ cookouts held every year in the spring. This was also where the band had their debut in 2012.
“We’ve been asked several times to perform,” Swindle said. “But you know our songs are parodies of people in the Bible department … it’s so in-house, we don’t really perform outside our college.”
While most students outside of the college may not know the band exists, some students said they have come to love this talented group of teachers.
“It’s just very fun to see them in a different environment from teaching you very serious theology, and then at the same time being just very funny people who want to get to know and love us,” junior Morgan Proffitt said.
Bury insisted that this group, sometimes called a band, is simply a group of people who get together once a year to have fun, not to entertain a crowd.
“It dawned on me that there’s a way to sneak in this annual performance,” Bury said. “If we’re trying to present ourselves as this quality entertainment, we’ll really fall short. But if it’s just fun, then everyone has fun, and we’re not being graded by our modest scale.”
The group performs parodies of songs about their own faculty, such as songs like “Monte be Good” to the tune of the hit song, “Johnny B. Goode,” referring to Dr. Monte Cox, dean of the college. They’ve also written many other songs about things like associate professor Mac Sandlin’s hair and Greek nouns. Both Bury and Swindle, who are the main songwriters, said they take their main inspiration from Weird Al Yankovic, a king of parody himself.
“I’ve been listening to Weird Al since I was 13, so this kind of thing is just right up my alley,” Swindle said.
Bury said he likes to remind people who are tempted to take things too seriously that it really has nothing to do with how talented they are. It has more to do with low expectations on the part of their students.
“I use the analogy of dancing bears,” Bury said. “You don’t critique the bears on how well they are dancing, you are just delighted to see them do anything at all.”
Diminished Faculties has posted songs on YouTube and is continuing to write songs for the upcoming spring cookout.
“I guess we’ll keep doing it until everyone retires,” Swindle said. “We’ve kind of developed a cult following.”

From Division II to NFL