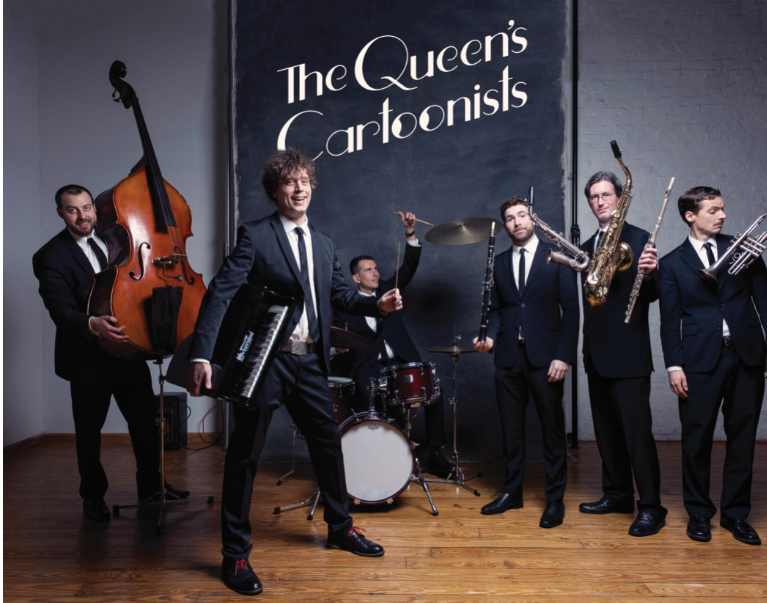 On Sept. 26, The Queen’s Cartoonists, one of the seven acts scheduled for the Arts and Life Performance Series, will perform original soundtracks to various classic cartoons and contemporary animations.

The Arts and Life Performance Series aims to bring world-class performers to Searcy each year, as stated on Harding University’s official website. Director of the Arts and Life Performance Series and associate professor of music Jay Walls said, “The band is made up of some super-talented professional musicians that reside in Queens, NY. Their shows are both energetic and zany.”

Walls said the group performs live cartoon music with the original animations projected above them, and they humorously interact with the audience in between numbers.

Assistant professor Enrique Colon began teaching a new course offered within the department of art and design that focuses on the history of animation, how to create it and how technology influences it. Colon explained that combining music with animation creates a story we can all relate to and understand, making it more than just entertainment.

“Animation touches into something we all have but maybe neglect — our imagination. God created us to be creative; He created us to create,” Colon said.

The Queen’s Cartoonists aim to present a concert for everybody — regardless of age, gender or familiarity with the concert hall, as stated on the group’s official website. For those who wish to experience the power of animation and music and use their imagination, The Queen’s Cartoonists will perform on Thursday, Sept. 26, in the Administration Auditorium. Those with a Harding I.D. have free admission. Family and friends may purchase tickets online through the official Harding website at www.hardingtickets.com.

Run to the Well