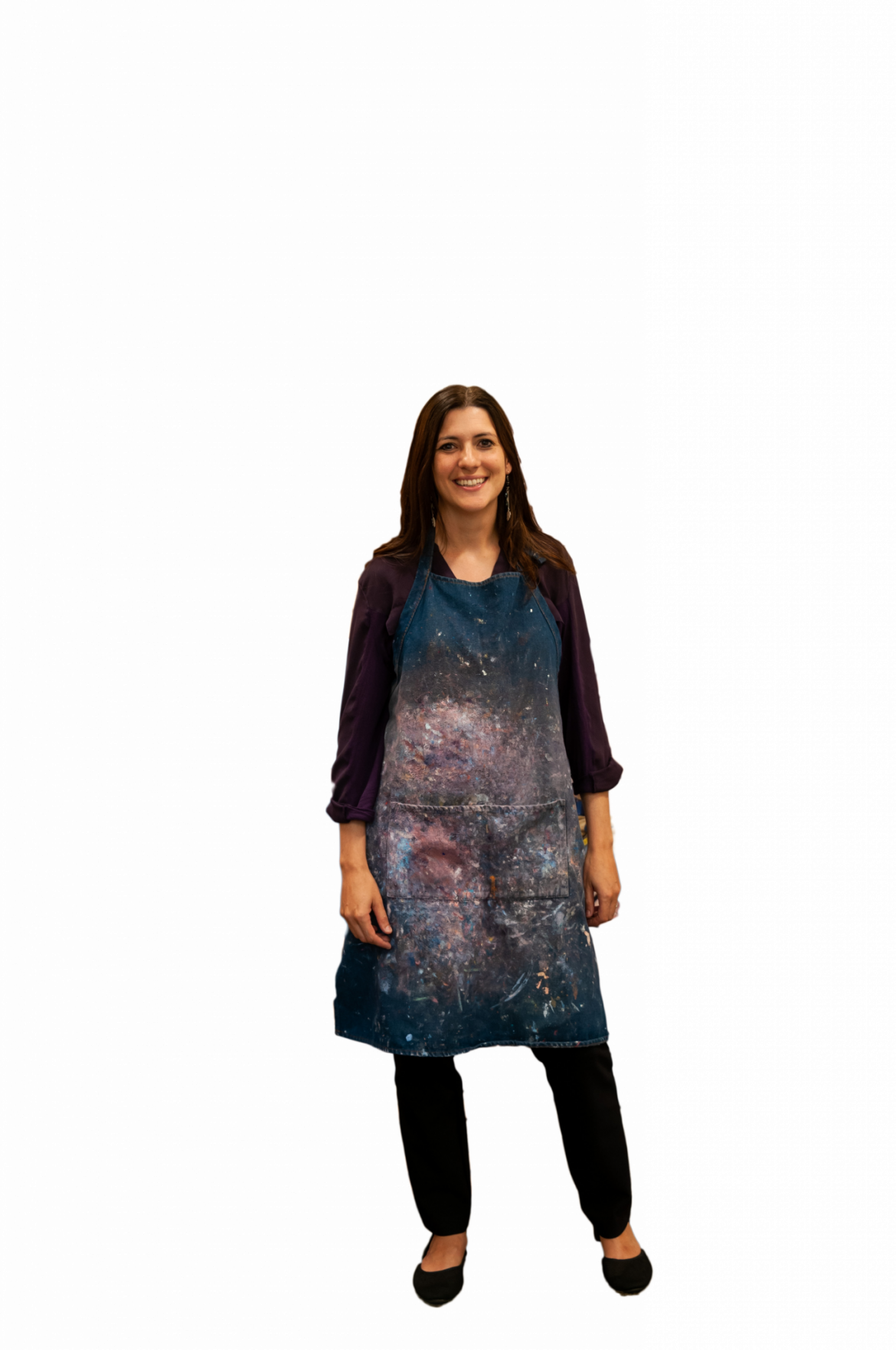 oice in the Harding Art Department after teaching as an adjunct for eight years, but in her new role as assistant professor, she is helping student artists find their own voices by bringing fresh insight through her personal artwork and teaching.
“I think it’s important that every artist discover what they’re trying to say and express,” Davidson said. “Deep within everybody, there’s a certain voice and certain messages you want to communicate.”
For her, the journey to becoming an articulate artist began as a student in 2005 while studying abroad with Harding in Florence, Italy (HUF).
“I could see some of it happening at the time, that her interest in art and art history really flowered during that time,” said Dr. Steven Choate, 2005 HUF faculty and current art professor. “I think experiences like that really excited her because it made it real for her, so from that point on, she just really ate it up.”
According to Davidson, experiencing classic works of art with HUF woke her up, in a way. After returning to campus, she delved into her art history studies, impressing professors like Choate with papers sourcing three times the required amount and offering unexpected depth of insight.
After her undergraduate studies at Harding, Davidson acquired a Master of Education from Harding, Master of Arts from the University of Arkansas at Little Rock and Master of Fine Arts from the New Hampshire Institute of Art, all while growing her family and experiences as a teacher and artist.
“It’s very inspiring to see someone doing it — being successful, and also having a family and a life,” senior Anna Milliron, visual arts studio major, said.
Davidson is currently working on a project called “Saints Re-Formed,” a fusion of the modern and medieval that considers the everyday saint through several large oil paintings.
In one called “Hope Has Feathers (for Francis),” birds congregate around a man adorned with bird feeders on his neck and outstretched arms. He stares behind the viewer into the distance, seemingly unaware of the birds who have built a nest on his head. The painting is breath-taking but not straight-forward, and that is what Davidson intends.
“I look at how Jesus would use everyday parables and everyday things, but there was a deeper spiritual significance,” Davidson said. “To me, that’s always been kind of a model of putting out some things that not everyone will get, and some people just keep walking on by, but to those who wrestle with them and puzzle with them, there’s spiritual significance there the more you let it sit with you.”
For this project, Davidson drew inspiration from overseas locations and home. In March 2019, she travelled to Assisi, Italy — the birthplace of St. Francis — as well as other significant sites from the saint’s life.
Besides traditions in art and church history, members of the Cabot Church of Christ, Davidson’s home church, also influenced the project by modeling for the paintings. For Davidson, this fact deepens the portrayal of everyday saints.
Details like this explain why Choate believes Davidson adds value to the art department.

“Tessa Davidson is interested — more than that, passionate — about the discipline, whether it’s painting, in terms of the doing of it, or the history of art,” Choate said.
He said Davidson knows how to intentionally educate her students. Aside from utilizing her own artist’s voice, she is helping her students develop theirs.
“One of her goals for this year is for us to have a theme or an aesthetic for our [senior] show and not just have random pieces,” said Milliron. “I’m really excited for her to help us find our voice as an artist.”
To see how Davidson expresses “Saints Re-Formed”, visit the Stevens Art Gallery on campus from Oct. 7–24.

The parable of the talents

Tips and tricks on eating healthy in Searcy