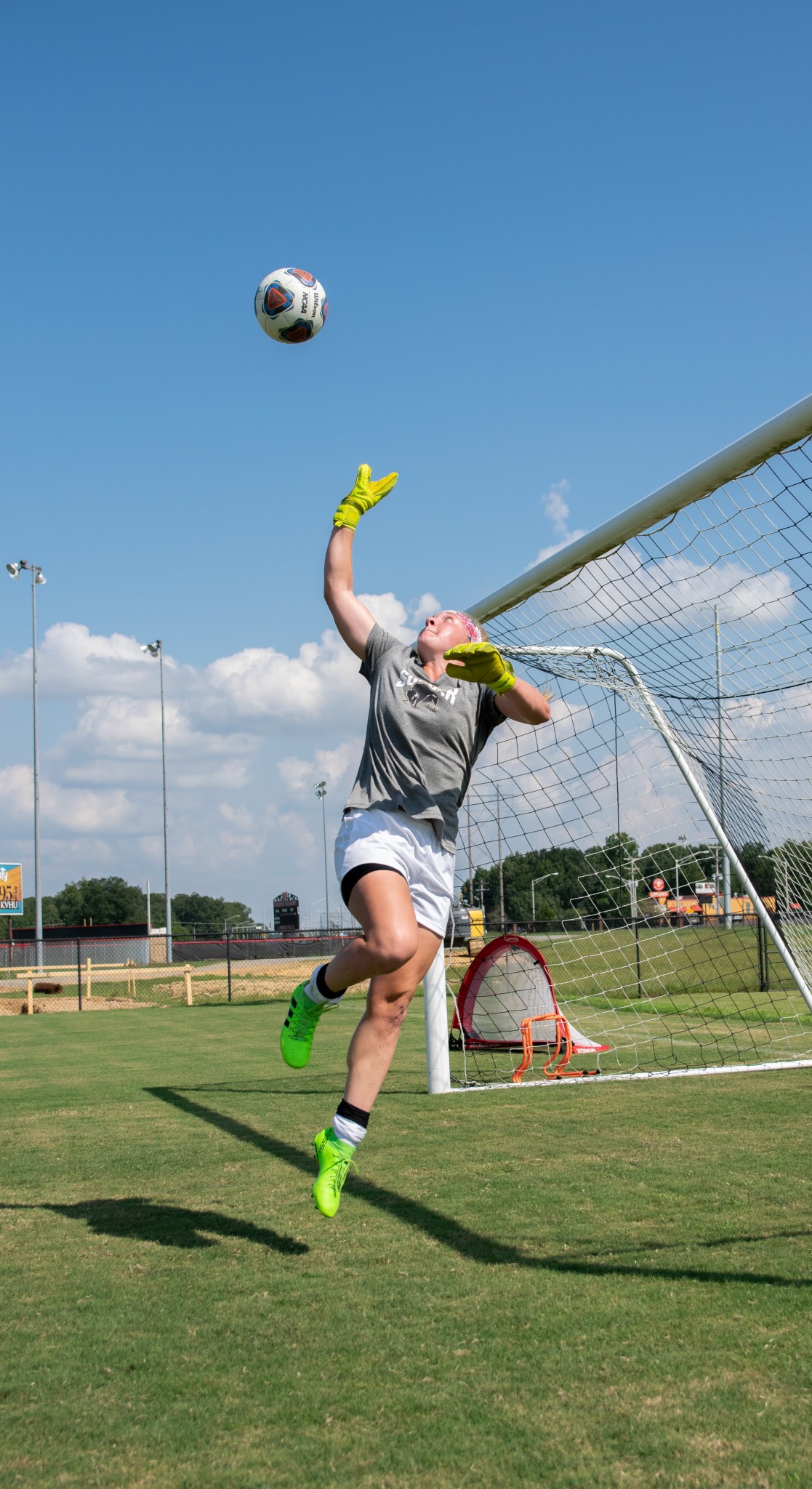 “I felt called to do it,” Nadeau said. | Photo by SADIE THORNTON

Senior discus thrower Jenni Nadeau ditched her sneakers and donned cleats as she left the Lady Bison basketball team and joined the Lady Bison soccer team in August. Head Women’s Soccer Coach Dr. Greg Harris offered Nadeau a position on the team, which she eagerly accepted.
“I’m excited to grow and just have different opportunities because of soccer,” Nadeau said.
She had played basketball for Harding since her freshman year and said that she really enjoyed the experience on the team. She did not know how much playing time she would have on the basketball team, but she said this had no effect on the overall experience she had.
“I loved playing basketball,” she said. “I loved my team. Basketball was my whole life at Harding.”
Instead of being discouraged by minimal playing time, she was encouraged to become a better teammate.
“I made a choice my sophomore year that I was going to be the best teammate I could, because I didn’t know if I was ever going to get to play,” Nadeau said.
Teammates and friends alike know Nadeau to have great sportsmanship and a humble heart. Not only did she improve as an individual, she tried her best to positively improve and encourage those around her.
“She is the most driven person I think I’ve ever been around,” senior guard Peyton Padgett said. “Especially in a team atmosphere, she is very motivational and pushes you to be better.”
Nadeau is looking forward to the exciting opportunities that being on the soccer team has to offer, and she has already started making an impact.
“Jenni’s pretty much changed our team in a really good way,” senior forward Melanie Spurgeon said. “She gets everyone pumped up and ready, and there has been a really good atmosphere with her as an addition to the team.” Nadeau looks to play goalie at the collegiate level, the same position she played for a year in high school.
Nadeau’s athletic activities also include throwing javelin for Harding’s track and field team. She has done this for the past three years and will continue to do it her senior year. Nadeau’s decision to leave the basketball team was influenced by a desire to focus more on track.
“I felt called to do it,” she said.
Senior guard Taylor Sims said she looks up to Nadeau and is encouraged by the example that Nadeau sets for others.
“You just kind of get a good feeling about who you’re going to drive with,”Sims said. “Jenni is incredible because she finds new ways to motivate people even if she’s not feeling motivated herself.”