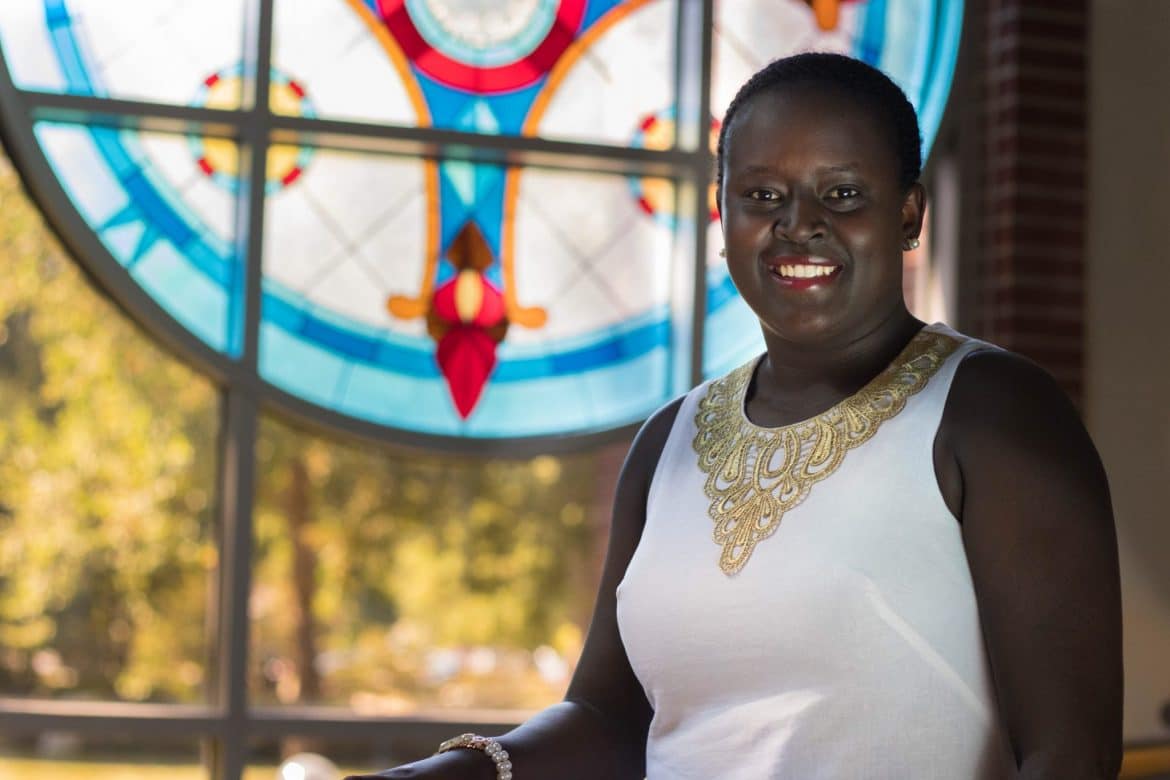 In 2017, graduate student Anitha Kobusingye was told by her friend Kim Arnold that there was a scholarship for international students she might be interested in pursuing. Kobusingye took the brochures for the scholarship, went home and left them in stack of books.

It was not until later when Kobusingye was cleaning her room that she came across the brochures for the scholarship again. To Kobusingye, who was trying to decide how she was going to make ends meet for her following year of graduate school, it sounded like it would be worth a shot to apply for the scholarship. Kobusingye was awarded the International Peace Scholarship (IPS) in January 2018, and it came at a time when she most needed it; Kobusingye was working as an intern in different towns, driving several hours each day, while also continuing her education.

The IPS, which is awarded through the Philanthropic Educational Organization (PEO), is awarded to women who are international students to help fund their graduate studies, according to Margaret McNabb, a member of the Pangburn PEO chapter. McNabb first met Kobusingye through the PEO organization when McNabb decided to see if any local students had won the scholarship. When she saw that a Harding student was one of the recipients, she decided to reach out to Kobusingye.

“What a surprise and blessing to find Anitha, who will graduate from Harding in May … So, I sent her a card, and she responded immediately,” McNabb said. “My husband [Mike] and I met her one evening at The Brick Oven for dinner, and that has become our ‘Thursday Date Night.’”

“Something that I think was most significant for me was how she has been a very strong, spiritual, faithful Christian, and also a very sweet friend of mine,” Chen said. “She has definitely helped me to grow and accompanied [me as I] … grow more mature and closer to God. And that is one of the biggest blessings that I could have in my life.”

Kobusingye said that receiving the IPS has given her more than just funding for her education — it has provided her with a family of people who care for her.

“… That [IPS] just gave me security that I had someone to talk to, [and] at the same time I have someone that cares enough who will look after me,” Kobusingye said. “I gained a scholarship, and they gave me a scholarship, … love and warmth.”

Recently, Kobusingye held an author signing and book-talk at the Pangburn School District for her book “Born Anonymous,” the story about how she was led to Christ and how she was able to receive love, and give love in return. All proceeds from the book will go toward her children’s education fund.

“I would want people to love regardless, to love others like they would love themselves. … I think that’s what Jesus calls us to, is to love one another,” Kobusingye said. “We never know what love looks like until we’re in the spot where we love the unlovable and the love … breaks people’s hearts and give them hope.”

Kobusingye plans to finish her master’s in mental health counseling in May, and then she hopes to get her Ph.D. at Kansas City University of Medicine and Biosciences. She then plans to return to Rwanda and open her own psychology firm where she can train other counselors.

Bisons in the Field House