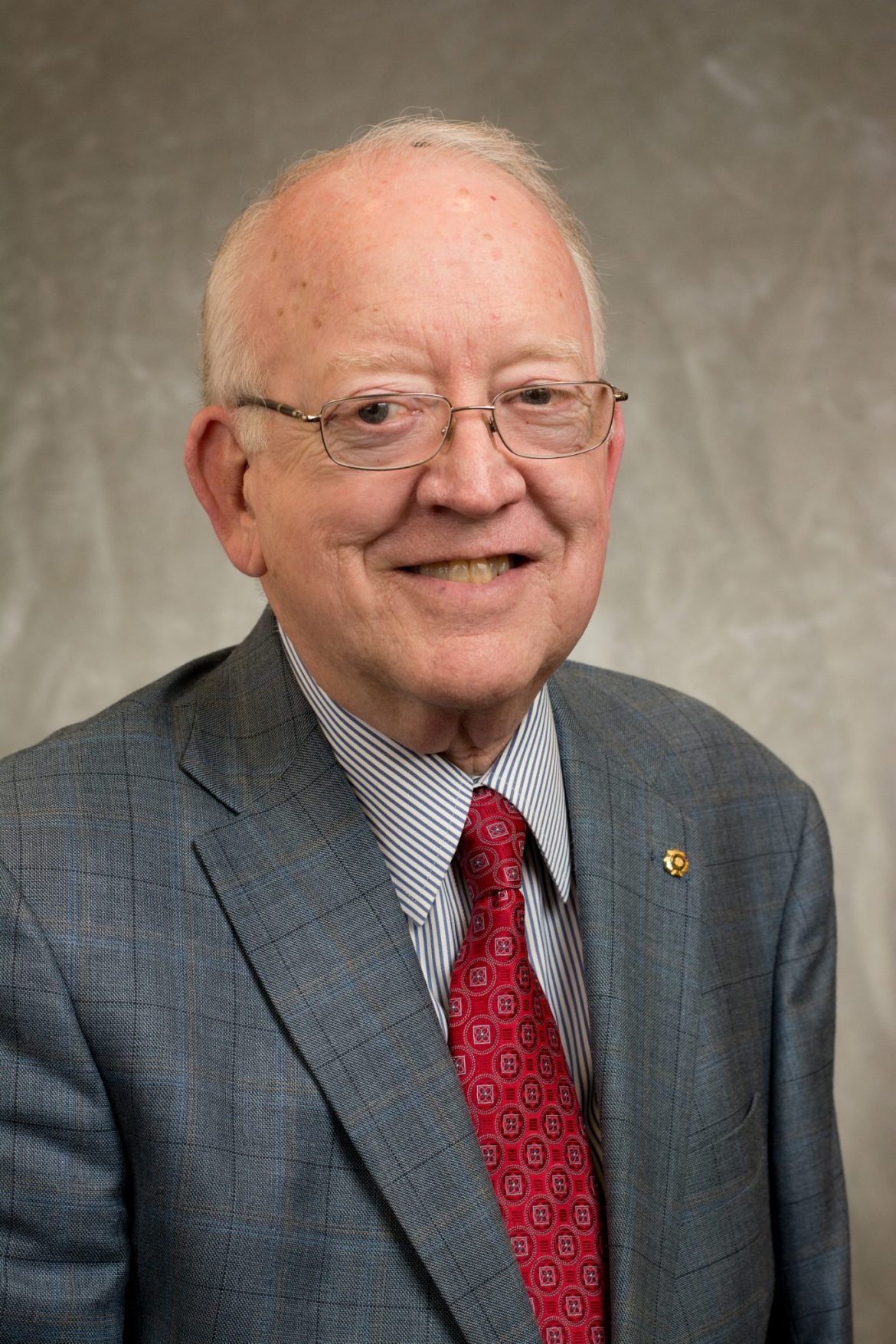 I knew a man who was once invited to become the honorary dean of an organization. Since he was in his early 70s, he wanted to know if the job was taxing. He asked, “What does the dean do?” The president answered, “The dean don’t do nothin’.” So he served for 13 years.

That, of course, is the difference between honorary deans and academic ones. Earlier this month, Harding lost a true leader. Dr. Tony Finley served 17 years as dean of the College of Education, capping a five-decade career in teaching. When he diedonApril2attheageof75,hehad given 38 total years to Harding. Even by normal dean standards, Dr. Finley led an extraordinarily busy life.

His resume was lengthy. Before coming to Searcy, he taught chemistry and math, coached basketball and volleyball and served as a principal and a superintendent. After several years at Harding Academy, he joined the university faculty in 1984, and three years later, he established the STEM center, which now bears his name. During his tenure as dean, the College of Education opened new satellite programs in North Little Rock, Rogers and Memphis.

But there is more.The Thornton Education building was constructed on his watch and was built according to his design. Dr. Finley also presided over multiple accreditation efforts, expanded the university’s master’s programs and established one of Harding’s first doctoral degrees. Known and respected far beyond White County, he seemed to know every school principal, board member and teacher in the state. His wide contacts proved a tremendous benefit to our school and to our graduates.

These achievements are all the more impressive for someone whose only career goal as a teenager was to play baseball.Tony Finley had hopes of making the major leagues and even had some scouts come to watch him. But everything changed one night when he was 16. He was working a graveyard shift at a factory when his left arm was torn off by a piece of machinery. The accident also cost him two fingers on his right hand. His dreams of becoming a professional athlete vanished in a second.

Everything he accomplished in life after that, he did with one arm. Think about that. Dr. Finley’s disability didn’t keep him from a long and active career, with a host of side interests. At one time, he owned a department store and an athletic supply store. He bought and sold cars, and his last project was restoring a 1929 Model-A Ford. He finished it shortly before he passed away.

While I have a talent for wearing out vehicles, I cannot imagine the patience it takes to restore one. And to do so with only one arm. But Dr. Finley loved his cars and cared for them with pride. At his funeral, it was said that he used to clean the engines with a Q-tip.

Now get this. For 22 years, he was also a contractor in Searcy and supervised the construction of at least 50 homes. One of them is located at 509 Live Oak Drive. I know it very well. I hope he never saw my shabby car parked in the garage. It would have been even worse had he peeked at the engine.

You would think a teacher, principal, dean, contractor, store owner and car dealer would have time for little else. I should also mention his active church service. Over the years, Dr. Finley taught Sunday school, directed VBS, drove a Joy Bus, and served as a deacon, an elder and a preacher. He and his wife of 58 years, Bettye, had two children, four grandchildren and three greats. They were also foster parents. Family was so important to him, and just a month before his own passing, he lost his younger brother Ron, who served for many years as Harding’s registrar.

Dr. Finley had a mischievous sense of humor. For over a decade, I have helped with the White County Spelling Bee, hosted on our campus. It’s my job to pronounce for the final round. One year, Dr. Finley decided to mess with the Spelling Bee director. He stepped into her office about an hour before the program started and said, “Michael just called. He has laryngitis.”

He also helped others put their problems in perspective. At the funeral, Dr. David Bangs shared a story about injuring his own arm and having to wear a cast. One day he was in the office complaining, and the dean walked in and grinned. Bangs took one look at that empty jacket sleeve tucked in Dr. Finley’s side pocket and said, “Never mind.”

He taught us to work hard, to love God and family, to serve students and never to give up. I think I’ll go buy some Q-tips.

Don’t judge a zoo by its reputation