Home Lifestyle Dreaming Up the Theme

Dreaming Up the Theme 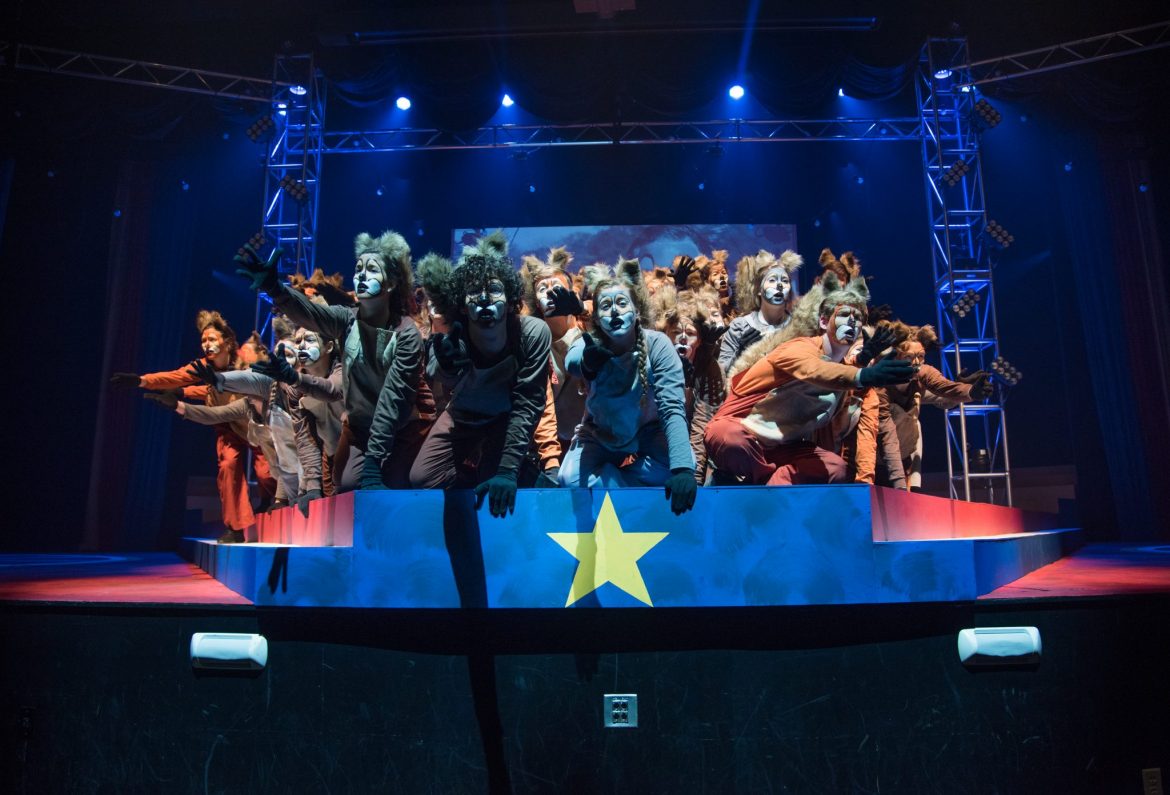 Spring Sing is essentially a collection of various musical stories, each following a unique theme developed by participating social clubs. In addition to club performances, the hosts, hostesses and ensemble perform songs that follow an overarching theme throughout the show. The development of these themes requires careful thought, brainstorming and sufficient time to prepare.

Frye encourages students to select themes that break from reality to create parodies, which allows clubs to step into fantasy worlds. He uses the parody song- writer Weird Al as an example.

“I spend a session with our club directors just talking about Weird Al’s approach to parody,” Frye said. “…We spend a good bit of time with the clubs helping them create their messages, how they want to do their parodies.”

According to Hayes, Frye and Stockstill encourage directors to especially focus on the comedy of their theme, incorporating elements that appeal to a wide variety of humor.

“One thing [Frye and Stockstill] told us over and over and over while we were planning our show was ‘funny wins,’” Hayes said. “A lot of the humor comes from the lyrics … and character – mainly that physical, slapstick comedy that really gets people interested. Because your kids aren’t going to know what funny lyrics you said, but they are gonna get if someone falls down and pretends like they hurt themselves.”

According to senior Ashton Castle, co-director for women’s social club Delta Nu’s show, “The Ballad of the Salad: A Root Awakening,” Stockstill  and Frye encourage clubs away from human-centered shows and toward out-of-the-box themes that inspire creative costumes and plots. Castle recalls their repeated phrase, “human shows don’t win.”

In response to Frye and Stockstill’s advice, directors often abandon or strengthen theme ideas at the retreat. According to women’s social club  Sigma Phi Mu’s director Hannah Smith, the theme “Seeing Spots”developed that night from her original idea, “Villains.” As Smith and Hayes discussed “Villains,” they considered Cruella De Vil, which inspired their final idea, “Seeing Spots,” a show about Dalmatians.

According to Hayes, ideas flowed quickly after Smith suggested the theme of Dalmatians.

“We had all of the ideas that are in the show now that night, and we kinda cleaned it up the next morning,” Hayes said. “It came together really quick.”

While the retreat helped some clubs develop ideas quickly, it sent others back to square one. Prior to the
Spring Sing retreat, Castle and her co-director, senior Emory Malone, planned for Delta Nu’s show theme to be “Bees.” The pair began developing ideas for costumes, lyrics and choreography, but found out their theme was not possible.

“When we got to the Spring Sing retreat Steve [Frye] and Cindee [Stockstill] told us about the new ‘10-year rule’ they were implementing,” Castle said. “The rule basically says if a theme has been done in the past 10 years, you can’t do it. Nine years ago someone’s theme was bees, so we were back to the drawing board.”

As they considered alternative show ideas, the pair stuck to Frye and Stockstill’s advice to choose a theme outside of the human world.

“Once we lost ‘Bees,’ we went for the furthest thing from human we could think – salad,” Castle said.

Even those who do not direct enjoy joining the brainstorming of theme ideas. In 2016, Chi Sigma Alpha, Regina and Sigma Phi Mu created a Facebook page on which members suggest themes for future shows.

“Old members and current members can put ideas out there for shows that they think will work for the directors to go and look at,” Hayes said. “… there are some bizarre ones.”

Posts range from serious proposals to silly ideas such as “memes,” “trash” and “musical chairs.”
As Frye and Stockstill help students navigate selecting a theme for their club shows, the pair also comes up with

ideas of their own. Frye is responsible for developing an overall show theme and incorporating that into the music performed by hosts, hostesses and ensemble.

Frye said he likes to consider what is popular at the time as he selects a theme. Last year, the movie “The Greatest Showman,” starring Hugh Jackman, had a large impact on popular culture and music. The popularity the movie garnered inspired this year’s Spring Sing theme, “The Greatest Show.”

“I keep a file of themes I am interested in pursuing, and so far that’s served us pretty well,” Frye said. “Then there are things like this year where, while we had some ideas about different themes we wanted to do, pop culture happened to hit us very well.” At the end of the day, Spring Sing joins people of all ages, a fact Frye and Stockstill remember as they design the show each year. “We are trying to find things that have a mass appeal because Harding is not just the college students we have with us at this moment,” Frye said. “Harding is our future and our past as well.”