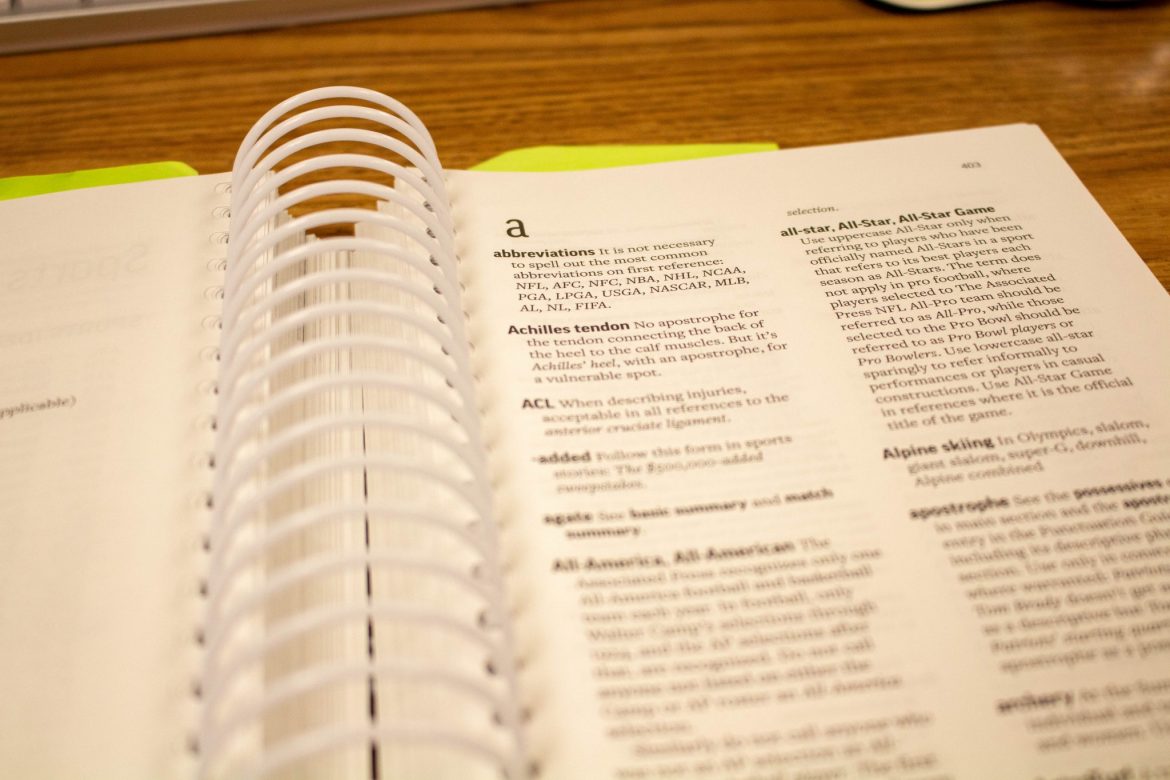 Some racial changes include guidance to not use the terms “blacks” or “whites” as plurals and to drop the hyphen from terms such as “African American” and “Asian American.”

Along with racial changes, the AP Stylebook will be updating several punctuation entries such as allowing the % symbol when paired with an amount as opposed to the original writing out of the word percent.

Jennifer Hannigan, adjunct professor in the communication department, has been writing in AP Style for 12 years and looks forward to seeing the changes in each annual edition. Hannigan said each year’s update reflects events that occurred from the previous year.

“There are a lot of racial issues that got brought up, and I think it’s interesting because it shows a trend and that things are being brought to the forefront,” Hannigan said. “It’s also the AP’s recognition that maybe there were deficits in the book that needed to be filled in.”

The AP gathers opinions and questions every year on their rules for writing, according to Hannigan. They pay attention to what is more appropriate today instead of sticking to the same rules. If the consensus is confused about why a rule is the way it is, the AP will often change it to conform to the majority’s opinion. One of the rules requires writers to refer to Native Americans by their tribes instead of simply as Native Americans.

“[That rule change] is a reflection of seeing people as people,” Hannigan said. “AP allows you to honor situations and people you are talking about.”

Sophomore journalism major Katelyn Allen enjoyed hearing about the new changes in the stylebook. Allen said the changes aim to get rid of unnecessary placement of race in stories and to make sure race is placed where it is relevant.

“Journalism is all about using the least amount of words to get the main point, focus [or] story across,” Allen said.
Allen commended Froke and the rest of the AP team for their constant update on racial issues. Allen said these changes are a big step in the right direction for journalism.

Sophomore journalism major Gael Langdon was also excited for the new AP Stylebook changes. Even though Langdon said she is new to journalism, these new changes are always exciting because they reflect movement with the times.

“I love the fact that there are changes every year and how they move with culture and with time,” Langdon said. “You can see how they take into consideration the people of today and what is most beneficial.”