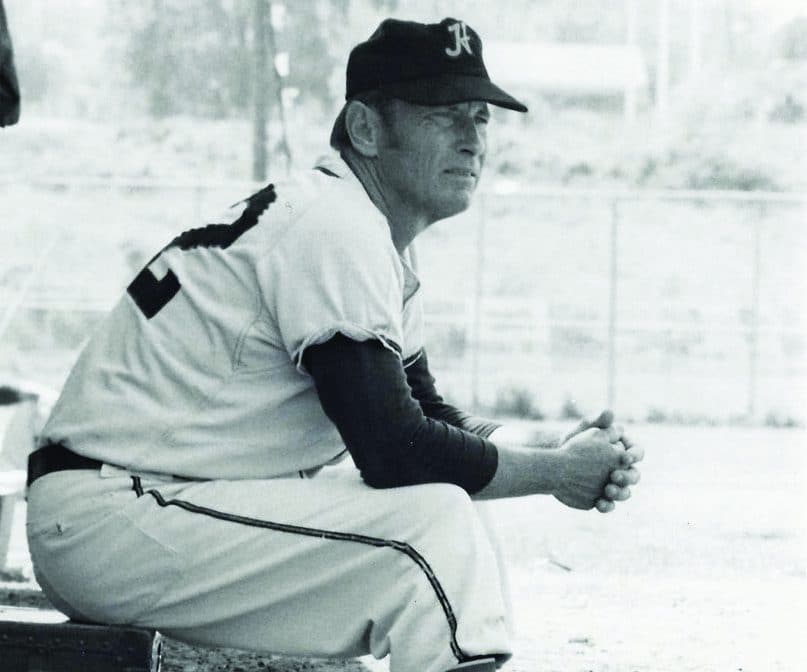 On April 6, the Harding baseball team will honor the legacy of former Head Coach Dick Johnson, a native of Memphis, Tennessee, by putting his name on the wall at Jerry Moore Field.

Johnson graduated from Harding College in 1959 and became the head baseball coach in 1969. During his time as the head coach, the baseball team won 289 games.

Johnson’s success as coach translated to many wins, but his legacy runs deeper than just numbers.

Athletic Director and Head Men’s Basketball Coach Jeff Morgan, spoke highly of the influence Johnson has had as an ambassador of Harding University.

“It is great to be able to honor Coach Johnson and his time as the baseball coach at Harding,” Morgan said. “He has been a great ambassador for Harding and was a great influence on many young men that he was able to coach in his time at Harding University. We are very grateful for his time and service to Harding and our athletic department.”

Current Head Baseball Coach Patrick McGaha was personally recruited to play for Johnson during his final year as a coach before he retired in 1988.

“To see the faith that coach and his wife

had was important for a young college student to see and helped me understand what life is all about,” McGaha said. “It’s not about this game, it’s not about if we win or lose, but it’s about our commitment to the Lord and the commitment to our families, and that’s what Coach Johnson showed us every day.”

For Johnson, coaching at Harding was more than just a job; it was the fulfillment of a life-long dream.

“It was a dream that I had the nine years I was away [coaching in Georgia],” Johnson told the Bison in 1988. “I told the folks here that if they ever had an opening, I’d like to be considered. I knew before I came that I’d take it if they offered me a job.”

The baseball team will honor Johnson before tomorrow’s game against Southwestern Oklahoma State University. The ceremony will begin at 12:30 p.m. First pitch for the game is at 1 p.m.