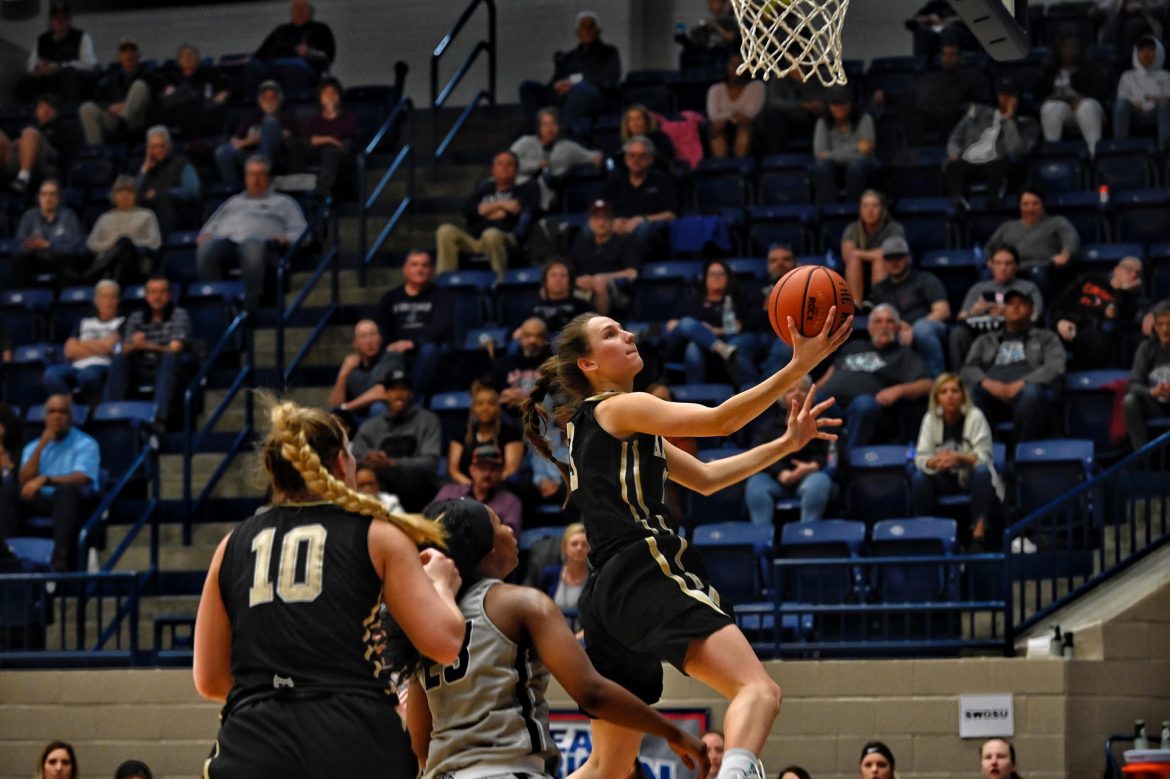 The Lady Bison defense held the No. 8 team in the country, Southwest Oklahoma State University (SWOSU), to their third-lowest point total all season. Unfortunately for Harding, their offense’s efficiency did not match their defensive intensity. | Photo by Jeff Montgomery

The Lady Bison defense held the No. 8 team in the country, Southwest Oklahoma State University (SWOSU), to their third-lowest point total all season. Unfortunately for Harding, their offense’s efficiency did not match their defensive intensity.

The Lady Bisons fell to SWOSU 70-42 in the semifinals of the Great American Conference (GAC) Tournament. Harding stood true to their season’s calling card — their defense — holding the Lady Bulldogs to 36 percent shooting from the floor; the team averages 42 percent on the season. However, on the other end, SWOSU’s full-court press frustrated Harding’s offense, forcing 21 turnovers from the Lady Bisons. The Lady Bulldogs capitalized with 21 points off turnovers.

SWOSU jumped out to an early lead 21-8 after the first quarter; however, Harding would storm back in the second quarter, doubling up the Lady Bulldogs 16-8. The Lady Bisons had to fight the whole quarter to make the score 29-24 at halftime.

The game floated between a two- or three- possession game until midway through the third quarter, when SWOSU went on an 11-0 run to end the quarter, seven of their points coming off free throws.

Amanda Kearney lead Harding in scoring with 11 points, and Cheyenne Brown chipped in 10 points and eight rebounds. They were the Lady Bisons’ only two scorers in double figures.

The Lady Bulldogs would continue their run into the fourth quarter, outscoring Harding 19-7, ending the Lady Bisons’ season. Harding finishes 21-9 on the season, and 15-7 in conference play.