Making the ‘imaginary’ a reality 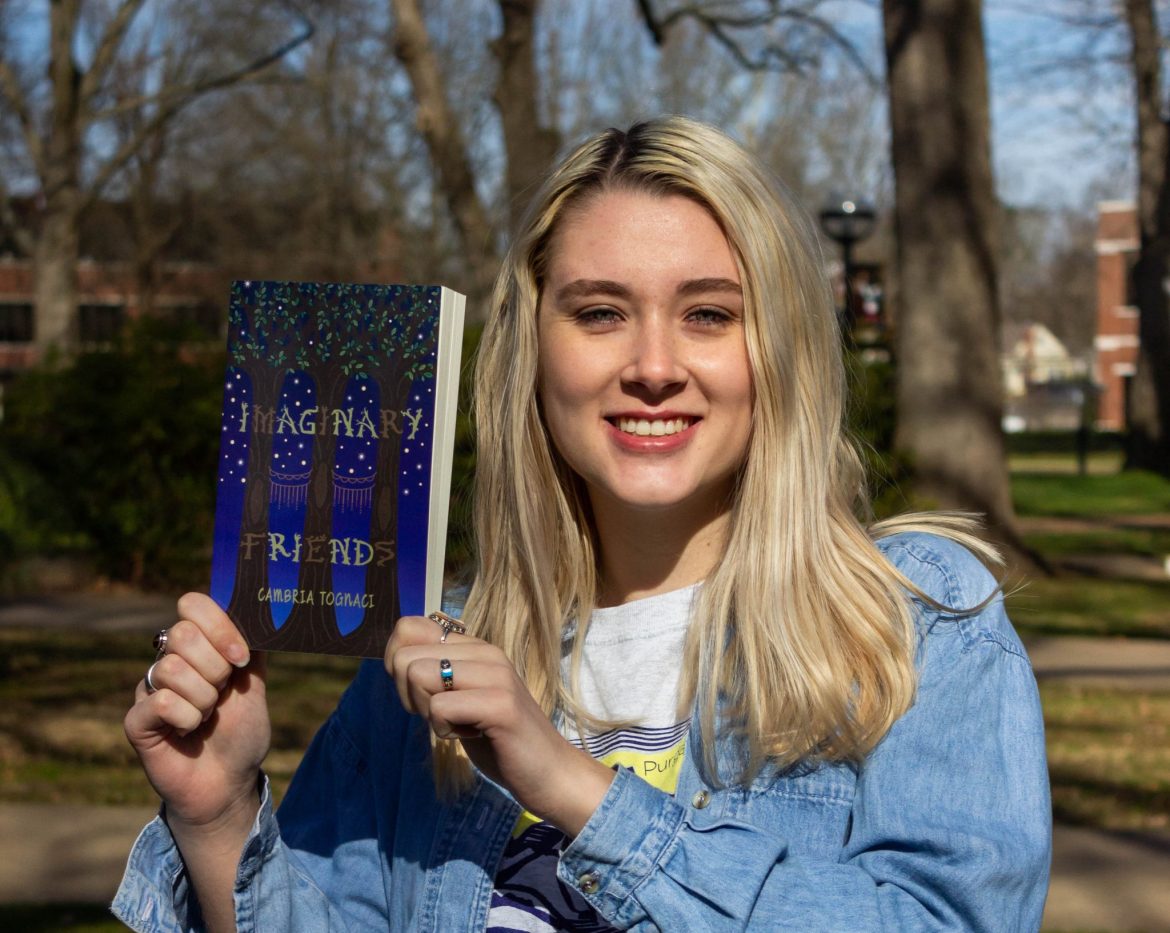 Last year, freshman Cambria Tognaci published her first novel. According to Tognaci, she knew she wanted to be an author since early in her childhood. | Photo by Ryann Heim

Last year, freshman Cambria Tognaci published her first novel. According to Tognaci, she knew she wanted to be an author since early in her childhood. By the age of 13, she had already started writing her first ideas and drafts, which later turned into one big idea for a book.

“I planned and planned from 2012 to 2015,” Tognaci said. “Once I had my message, I finally got to writing and let my imagination take me from there.”

Tognaci’s dream of being an author turned into reality in July 2018 when her first book, “Imaginary Friends,” was published.

“Imaginary Friends” is a young-adult fantasy about a girl who experiences abuse, foster care and mental illness. Tognaci’s passion for both writing and foster care meet in this book. Tognaci said her work as a nanny and work with kids who have hard lives at home were who inspired her. She said it opened up her eyes to difficult family relationships some kids go through.

Freshman McLane Ramsey, a friend of Tognaci, was surprised when she found out that her peer was a published author.

“I didn’t expect to meet someone my age who had already accomplished something as big as writing a novel,” Ramsey said. “Once I got to know Cambria and saw that her heart is so passionate for social work, it all made sense.”

Tognaci’s passion for foster care is what inspired her to choose social work as her major. Tognaci said the topic of abused kids have always been heavy on her heart due to the experience of the people she grew up around. The main purpose of her book is to bring awareness to these issues.

“I want people to know the reality to all these things,” Tognaci said. “I just want the ‘average’ person to be more aware about these pressing issues around us.”

Tognaci will be speaking about her novel at an HU Speaks event on March 22. HU Speaks, a public speaking club that is designed to help students improve their communication abilities.

Allie Harbuck, a member of HU Speaks, said she is excited that Tognaci will be speaking at their next event because of how inspiring she is to other young people.

“She makes the dream seem more possible for me and I hope that she will help inspire everyone who attends to work toward their dreams as well,” Harbuck said.

Tognaci said she is honored to be a part of the event and cannot wait to spread the message of “Imaginary Friends.”