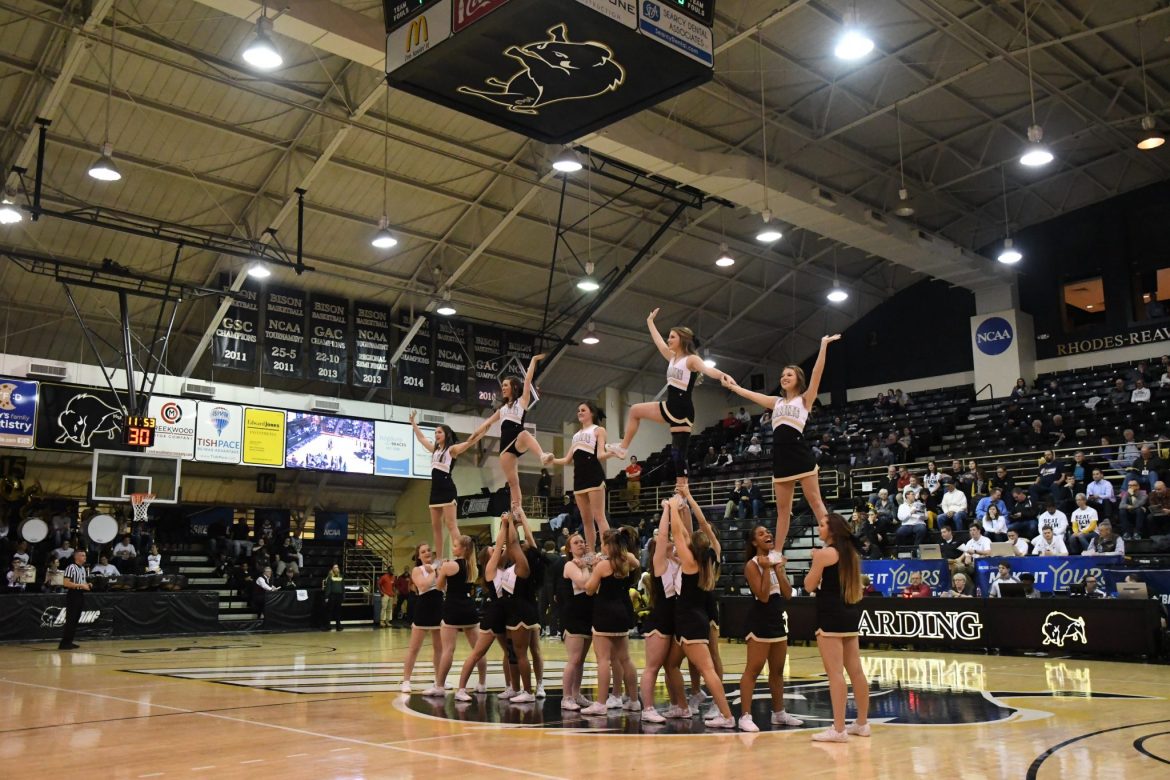 Tomorrow afternoon the Harding basketball teams will play their final home game of the season, as they take on Northwestern Oklahoma State University for senior day. After the game seniors from both Harding teams will be honored, as well as seniors from the cheer squad and pep band.

Senior guard Reggie Anthony started playing basketball when he was four years old. When Anthony was a freshman, he said the seniors on the team told him to take advantage of the time he had to play because the end comes quicker than expected. He said the feeling still has not set in that it will be his last time to play in the Rhodes-Reaves Field House, but he feels really blessed to get one more game. Anthony looks back at his playing time at Harding and sees all the places, people and opportunities that it brought him, and he is now more grateful for it than he was in the beginning.

“It will be sad,” Anthony said. “Basketball has been the love of my entire life, but it’s time to see what is next. Even though I won’t wear a jersey, I don’t think anything will change. I have learned it’s more about the team and the relationships than the wins and losses.”

Senior Devin Daniel is a music education major and plays the trumpet for the pep band. Daniel said he did not like band in high school and only did it so that he could be in orchestra and jazz band. Coming to Harding, he said he actually enjoys being in the band because everyone else loves it so much and wants to be there. Daniel said the band has given him a good set of friends and that leaving will be tough, because the Thundering Herd is like a family; they are not competing for chairs like other bands — they are just a group of people that like to hang out and play music.

“It will be cool to be recognized as someone who has been with the band for a long time,” Daniel said. “I’m proud of where the band is today versus where it was when I was a freshman. I’m proud of my trumpet players that I’ve been in charge of the past four years.”

Senior Ellie Arnett is the cheer captain this year. She said the biggest thing cheer has brought her is her best friends, and having all of them with her throughout her years at Harding has been awesome. Arnett said she was worried about how this season would go since all the people she has started with graduated, but her worries were diminished when the season started. She said the whole team has been such a great support system throughout this year.

“Cheer has always given me this high of being around people, and being in front of the crowd,” Arnett said. “I love that atmosphere. So for me, the energy and the passion I came in with freshman year is the same passion I’m leaving with.”

The senior day festivities will be held after both the men’s and women’s games. Tipoff for the Lady Bisons is 1 p.m.