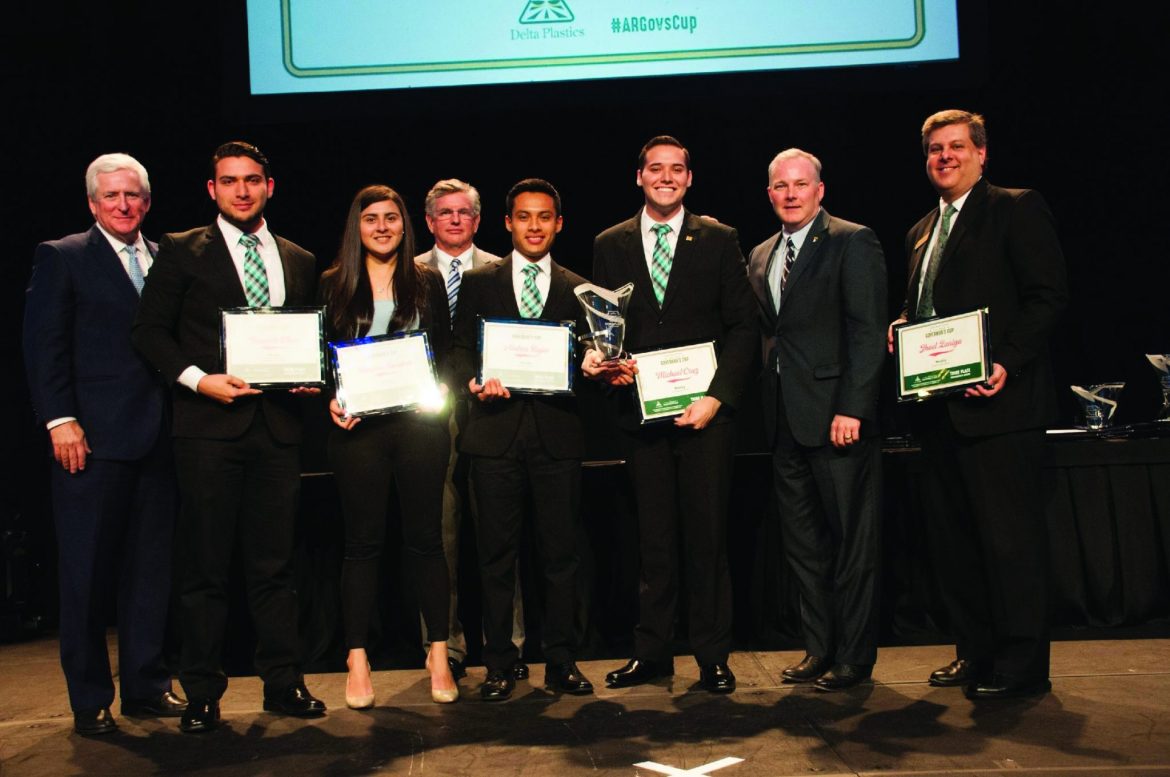 An array of Harding student entrepreneurs have collaborated again for the annual Arkansas Governor’s Cup. The Arkansas Capital Corporation Group created The Governor’s Cup in 2001 as a business competition to encourage college students who “want to explore entrepreneurial endeavors and new venture creations while still in school.”

Kenneth Olree, director of the Waldron Center, helps form the teams from Harding who enter in the Governor’s Cup, and he said the competition is about how to write a persuasive business plan.

“It works to bring people together from diverse disciplines,” Olree said.

From the engineering and business majors, to graphic design, exercise science and English majors, Olree said there are good connections between entrepreneurial students across campus.

Senior Rachel Heussner, a mechanical engineering major, is a member of one of five teams at Harding entering the competition this year. Heussner said every engineer in the senior design class has to build an innovative working product to complete graduation requirements, so business majors specifically like to pair up with senior designers to create a plan around an already-working product.

“For Governor’s Cup, you don’t have to have a working product,” Heussner said, “but it looks a lot better if you do.”

Landon Burcham, a biomedical engineering major and participant in the Governor’s Cup competition, said the engineering and business departments compliment each other well. On his team, there are biomedical, electrical and mechanical engineers working with a couple of business students.

He said working with the business students has made him realize how important business is to helping people in his field.

“You really are limited on how many people you can help by how much money you can make,” Burcham said.

Heussner said if the project does not get to the market, then it is just a prototype not helping anyone.

Sophomore Erin Weiss, one of the business students on Burcham’s team, said she has enjoyed seeing the illumination of the different fascinations of the team members through the different fields of study, and how the coming together of their divergent minds and varying backgrounds has created something that could not have been without the diversity.

“We kind of both just understand that there are sides of it that we won’t understand of each other’s,” Weiss said.

Burcham said though the Governor’s Cup competition is a simulation of sorts, it is a real experience in learning how to work with people, how to build a successful business and how to persuasively get that business into the real world.

“It is cool because the Governor’s Cup has produced real- life products that go into an actual market and help people,” Weiss said. “So if ours doesn’t [help people] now, it’s learning the process of something that one day will.”