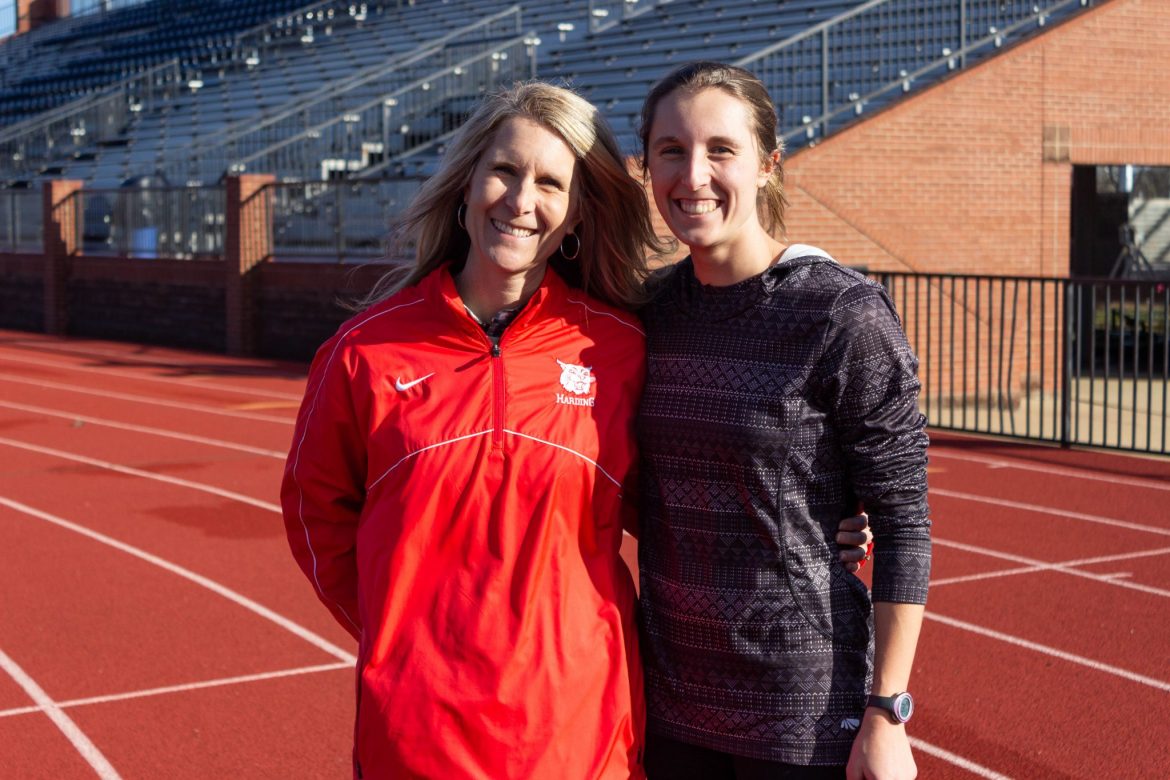 In their last meet, Harding women’s 4×800 meter relay broke the school record that was set 30 years ago by team member senior Kaylin Turley’s mother, Kelsie Turley, and her team.

The team of Kaylin, redshirt freshman Kinga Szarzynksa, junior Parker Fane and sophomore Hayley Baca competed and placed fourth in the 4×800 at the Indoor Gorilla Classic at Pittsburg State University, with a time of 9:30:13. The previous school record set by Kelsie and her teammates was 9:43:16.

Fane, who ran the first leg, said this particular relay team was an assortment of different runners; Kaylin typically practices with the sprinters, Fane and Szarzynksa

practice with the 800-meter group and Hayley came from the steeplechase.

“The cool thing about this relay is that it took girls from different practice groups,” Fane said. “Even if there are different groups out there, you’re always [cheering] for each other and telling each other good job.”

Both Fane and Kaylin agreed that each member of their team is very encouraging and hard-working, which has led them to success.

Kelsie, who watched the race from the stands, said she remembers the women who she ran her record-setting race with her freshman season in 1989, so to watch Kaylin cross the finish line

under her own time was very exciting. She said she knew beforehand this was going to be a strong race for Kaylin.

Kaylin said all four team members were prepared to work hard and beat the record that day.

“Hayley kept us in a really goodspot,”Kaylinsaid.“And then Parker started us out in a good spot, Kinga got us in a really good spot because she ran really fast and then I just had to finish … It’s really rare that you find an opportunity to even get to break a record. So we were all just really excited just to get there and get it done.”