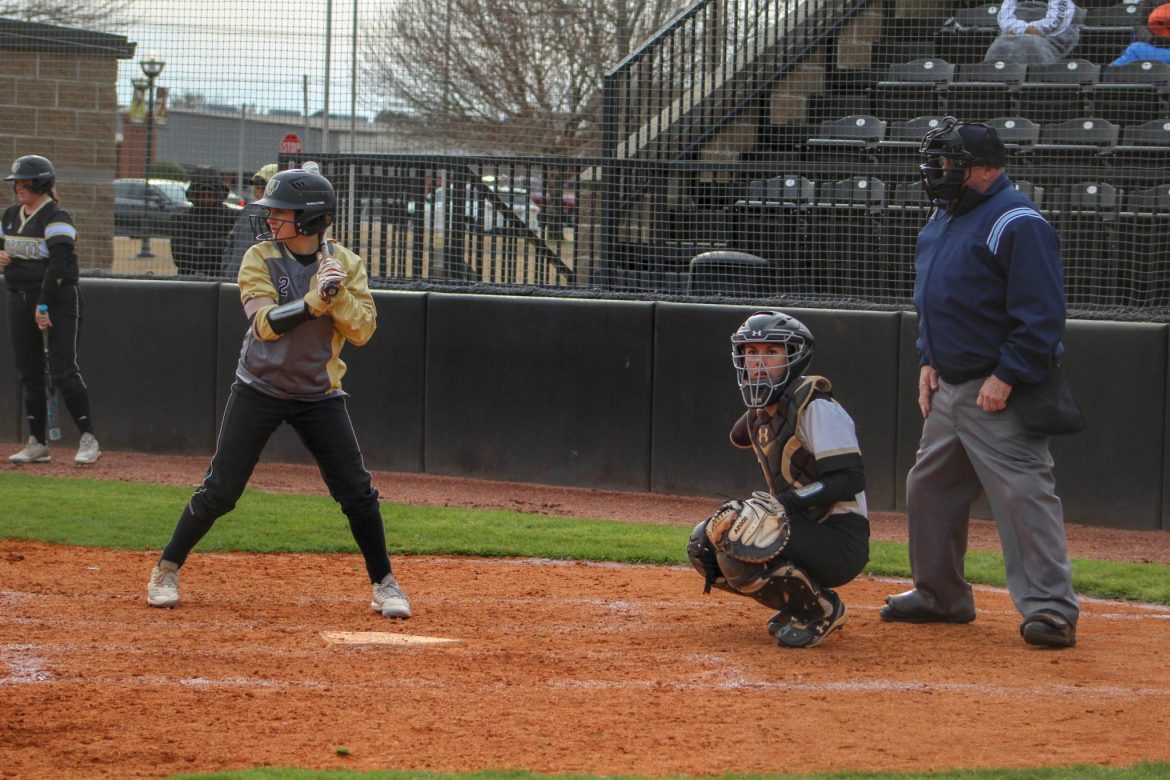 The Lady Bison softball team has gotten off to a strong start early in the season, opening up their season with a huge win over ranked opponent the University of North Georgia.

Head Coach Phil Berry said he was not surprised by the great success his team had.

“We worked hard all fall and [have] had great efforts since coming back from Christmas break,” Berry said. “So, we knew we were ready to play against some great competition.”

Berry credited a huge part of that success to junior catcher Briley Feringa. Berry said Feringa was a big presence behind the plate, as well as with the bat. Feringa ended the weekend with eight hits and a batting average of .533. She was also named to the All-Tournament Team and GAC Player of the Week.

“My personal mindset this weekend was to find a way to make it happen.” Feringa said. “I knew I had to do my job and have a quality at bat.”

Freshman second baseman Hanna Jones started the Lady Bisons’ opening weekend off with a three-run home run in the third inning of game one. Jones continued to have a productive weekend in her debut, with a .643 slugging percentage on the weekend.

Jones’ productive weekend did not go unnoticed, as she was voted GAC Freshman of the Week.

“It was an honor to be nominated Freshman of the Week by the GAC,” Jones said. “But the only thing that matters is how we play as a team.”

Two of the team’s opening weekend wins came against top-five opponents. Berry said he schedules these tough games for a reason.

“By accepting the invitation to play in the Leadoff Classic, we ensured that we would have tough competition in our first weekend of play,” Berry said. “Playing tough games early helps prepare the team for conference play coming up soon.”

The Lady Bison continue to play well as a team, as their record improved to 8-2 over the weekend with wins against the University of Missouri-St. Louis, William Jewell College and two wins against Emporia State University.

Feringa said the team loves these tough games because it tests them early in the season and gives them areas to improve on.

Berry said the team’s mindset going forward is to stay focused on the upcoming games.

“Back to work this week in practice to get better and learn from the mistakes we made last weekend.” Berry said.

The Lady Bison will have the chance to earn four more top-five wins at home this weekend against in-conference rival, No. 4 ranked Southern Arkansas University. The first game of the series will take place Sunday, Feb. 24 at 1 p.m. as part of a doubleheader. The final two games will take place Monday, Feb. 25.

Listen. | You are worth care