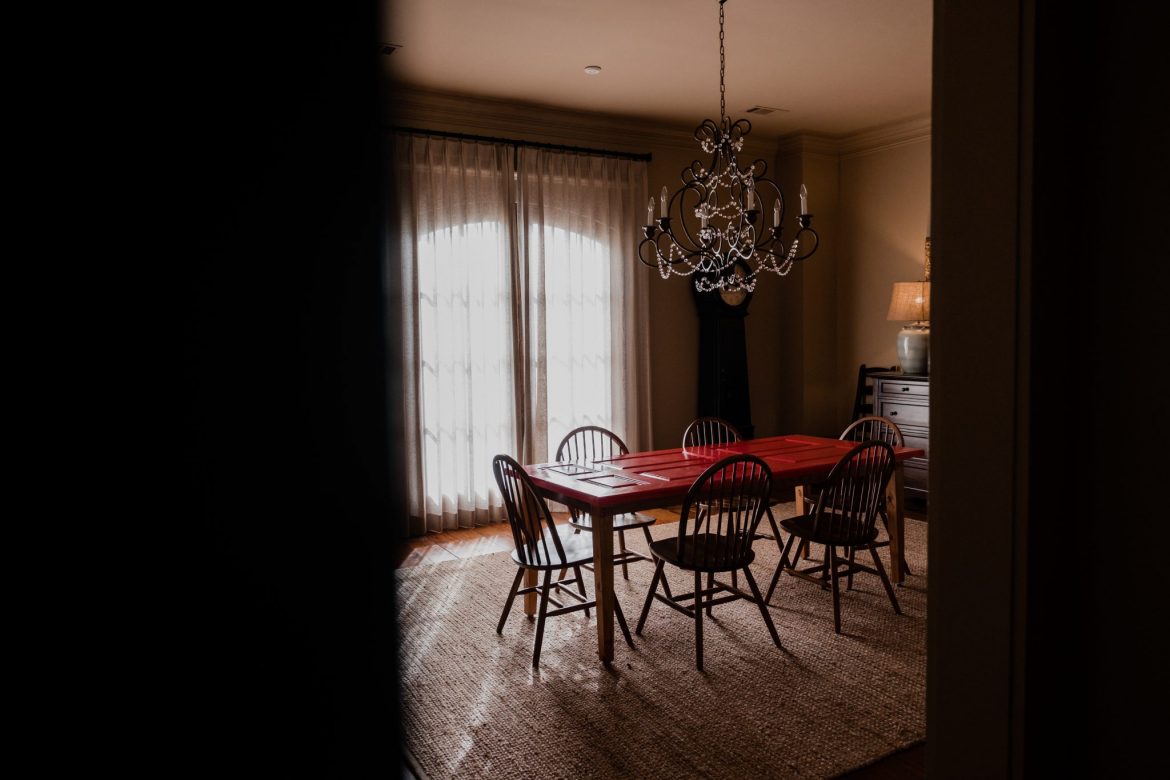 In colonial America, a red door symbolized a home with characteristics of safety and a sense of belonging. Today, Red Door Tables, a non-profit, are providing those same qualities to foster children in Arkansas. Andrew Baker, assistant professor of Bible and director of the Mitchell Center, started Red Door Tables as a way to support foster families and kids who are in the foster system.

Baker said the idea started when he and his wife were searching for a new dining table for their home and came across a table made from a door at a Nashville coffee shop. Baker wanted to use this idea for their own home. They painted the top of the door red after reading in an old architecture book about the symbolism of belonging that is connected to a red door, and they painted the bottom white so that foster kids who stayed at their house could sign their names under it. Baker said this inspiration came from his friend and author Bob Goff, who wrote about signing the bottom of a table in his book “Love Does.”

The Red Door Tables then became a project to raise awareness and funds for foster care outside of the Baker’s home.

“At the same time we had been talking to some restaurants about how they could be involved in foster care and just raising awareness,” Baker said. “And so the idea was, well, what if we were to make these tables and restaurants agree to put one in their restaurant to raise funds for foster care to help families be able to do for kids things that the state just can’t do, like play sports or go to camp.”

Baker has a role in Restore Hope, a non-profit which works towards reducing the number of kids in foster care as well as driving down Arkansas’ recidivism rate, and the organization is supporting the Red Door Tables. Baker said a meeting with the direction of Arkansas Correction Industries opened another door for the project; in addition to the tables raising funds for foster kids, they are also providing a way for inmates to participate with the foster care system.

“He came to me and said, ‘well, what if we made the tables and the prison system?’” Baker said. “And I thought ‘that’d be awesome,’ because we already know by research there are a whole lot of kids in foster care whose parents are incarcerated.”

Sarah Littleton, the reentry coordinator at Restore Hope Arkansas, said a goal of Red Door Tables was to show communities that foster care is an issue that needs to be discussed.

“Recruiting incarcerated individuals to build the tables has been a part of the plan from the beginning,” Littleton said. “We knew that it would be important to display how much these two issues — foster care and incarceration — tie together with many foster children suffering from a parent’s incarceration.”

Littleton said they will announce opportunities to serve as they come, but for now, people can visit locations with red door tables.

Chinese ‘Year of the Pig’ comes to Harding