Home Sports Bloom where you are planted

Bloom where you are planted 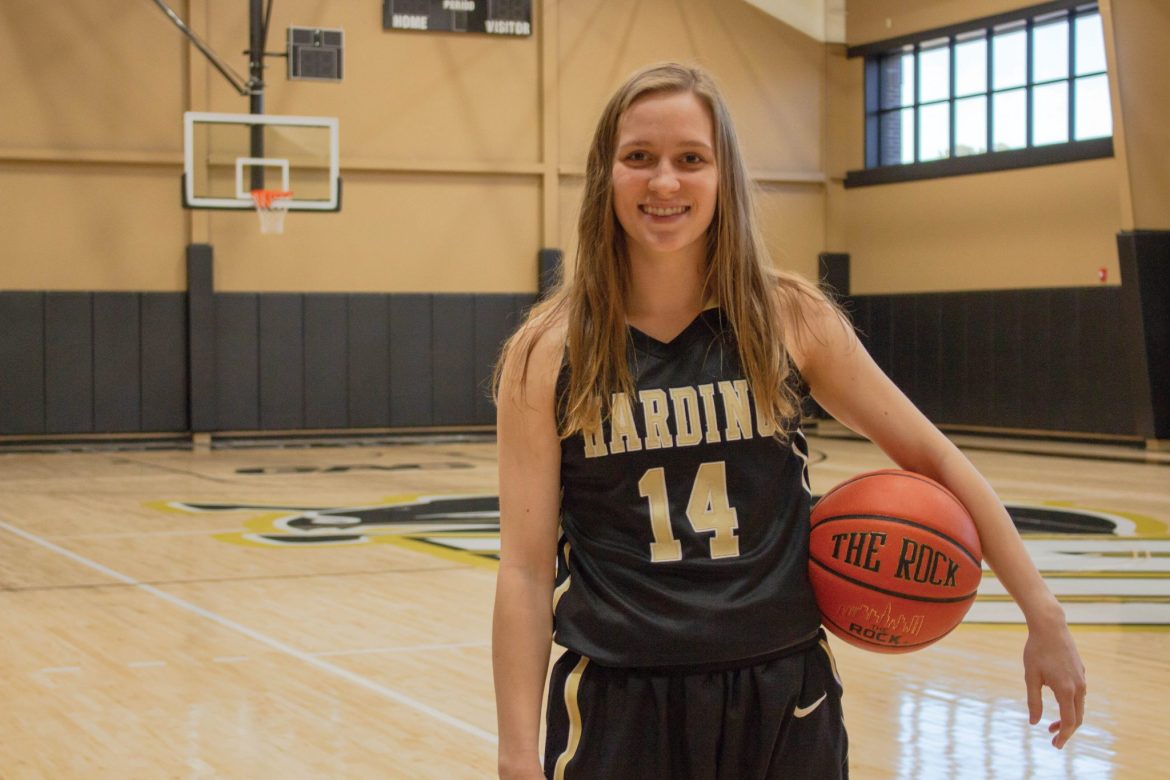 Former Rose Bud High School standout Carissa Caples is blooming in her second year with the Lady Bisons. The sophomore guard is averaging multiple career highs in a starting role this season.

“You don’t find players much better than her,” Goodwin said. “Her attitude, leadership and character are what make her a great player.”

Goodwin coached Caples from seventh grade through her junior year of high school. During that time, Caples jumped from being a local high school player who would show up at summer camps, to a player Harding wanted on their team. Assistant Women’s Basketball Coach Weston Jameson said it was a no-brainer to recruit Caples to Harding.

“We knew we wanted her badly,” Jameson said. “She made a big jump going from her junior year to her senior year, and we knew we had to offer her.”

During her senior season at Rosebud, Caples averaged 20 points, five rebounds and three assists a game. She was named All-State three times and an Arkansas Basketball Coaches Association 3A girls starting-five selection. In high school, Caples was the best player on her team and was expected to score in high volumes. Now at Harding, Caples finds herself on a roster with players who share her same high-school highlights. As Caples has learned how to fit her game into the Harding system, she credits her transition to her teammates.

“Being friends with them and being on a team with them makes everything so much easier,” Caples said. “They are such a blessing to play with and are always encouraging me.”

Part of what makes Caples’s game so special is her vertical on her jump shot. She jumps 30 plus inches in the air and releases the ball at the apex of her jump.

“Her ability to elevate over the defense and get her shot up makes her tough to guard,” Jameson said.

Caples credits developing her jump shot to Goodwin. Caples and Goodwin would stay late after practice driving to the basket, reaching her max height and bypassing any block attempt.

“I loved jumping from an early age,” Caples said. “I was short, and I couldn’t shoot over girls unless I would jump as high as I could.”

Jameson said the Harding bench loves seeing Caples pull up and shoot, an anticipation met by the feeling that the ball will make it through the net every single time.

Caples also excels at steals, averaging a steal per game. She said she is keen on picking someone’s pocket on the break.

“It’s kind of like a sneak attack,” Caples said. “I think it’s funny.They are not expecting you to go for it.They are expecting you to try and block them, so right about the three-point line you just reach over and you’re going the other way.”

Jameson said that in Caples’s sophomore campaign, the college game has slowed down, a change in pace which has showcased trades of the game she does best.

“Her confidence has made a high jump from freshman to sophomore year,” Jameson said.“She’s more confident this year and has been more outspoken and encouraging to her teammates.”

Weston said having Caples at the point-guard position has made the rest of the team better and able to play in more of their natural positions. Last season, junior guard Peyton Padgett handled most of the point-guard duties, but now with Caples starting, Padgett is free to play more off-ball and focus her talents on guarding the opposing team’s best guard.

Caples said she is thankful for the opportunity to take on the lead guard role, but at the end of the day she would play any role on the team.

“I’m just thankful I get to play with some incredible girls,” Caples said. “We have a lot of girls that can play some ball on our team.They’re incredible on the court, but they are even more incredible off the court.”