Home Sports The boys are back

The boys are back 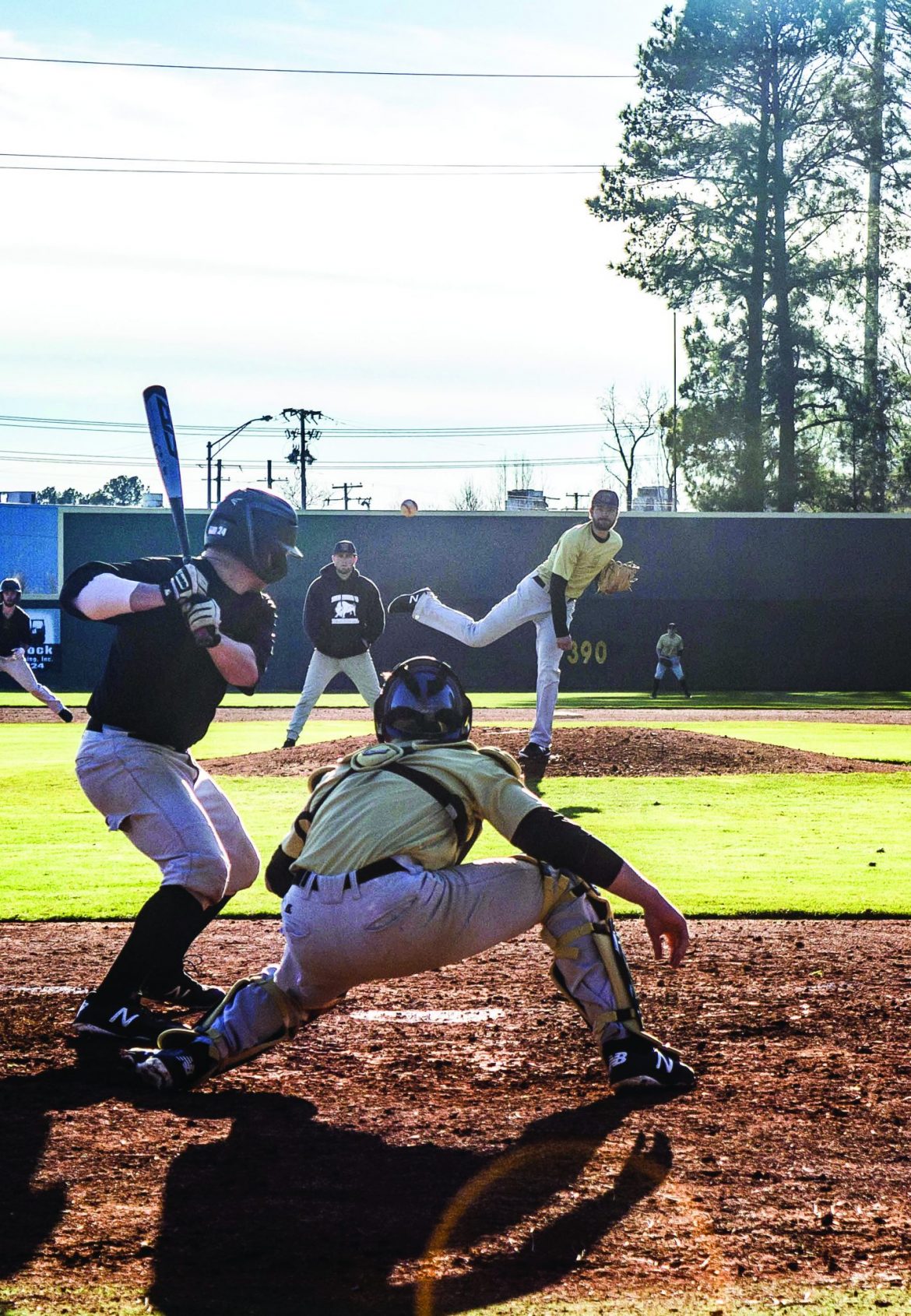 As the Harding Bisons baseball team steps onto the field this afternoon in its season opener, they will carry with them early season expectations and pressure to improve on last season’s record.

“One of the biggest challenges we’ve faced is the pressure of expectation,” senior outfielder Jack Thomas said. “But we have such a solid group of guys that we know who we are and what we need to do to be successful.”

A season ago, the Bisons finished with a 29-21 record and went 18-15 in the Great American Conference (GAC), good enough for a seventh-place finish. The team won 22 of its final 28 games, including seven consecutive GAC series wins and the first-ever series sweep over Arkansas Tech University in program history.

Now, the Bisons will look to ride that momentum into the 2019 season, where they are projected to finish seventh once again, according to the GAC Preseason Coaches Poll. Sophomore outfielder Sage White did not play last season, but he remains confident in Harding’s chances this year.

“Obviously, nothing is going to come easy, but we have reason to be confident in what we can do,” White said.

The Bisons will place confidence in two returning starter pitchers, junior Austin Allen and senior Tanner Smith. According to Head Baseball Coach Patrick McGaha, Allen will once again be the team’s No. 1 starter, a role he has held since he stepped onto campus as a freshman. Smith will be the second starter. He recorded six wins last season.

Harding will supplement the starting pitching with three junior college transfers, led by junior pitcher Ryder Yakell. In addition, junior Logan McCall will return to the rotation after missing most of last spring with injury.

“McCall has really been throwing well [this fall] and has been tough on our hitters,” McGaha said.

At the plate, the Bisons will be led by senior outfielder Nolan Fertig, who led Harding in average a year ago, hitting .350. Fertig was named an All-GAC Honorable Mention last season. However, Thomas said the strength of the Bison lineup comes from the team’s consistencies.

“There’s not going to be a single guy where it’s like, ‘man, he carries the team,’” Thomas said. “If for some reason some of our best players don’t play well … those guys can pick it up.”

“It’s a new book this year, and they have a chance to write a new story,” McGaha said. “So, I’m excited to see how it goes.”

Harding opens the season against Mississippi College, a team that won the Gulf South conference a year ago. Due to inclement weather in Searcy, first pitch has been moved to 2 p.m. today with a doubleheader set for Saturday starting at 1 p.m.