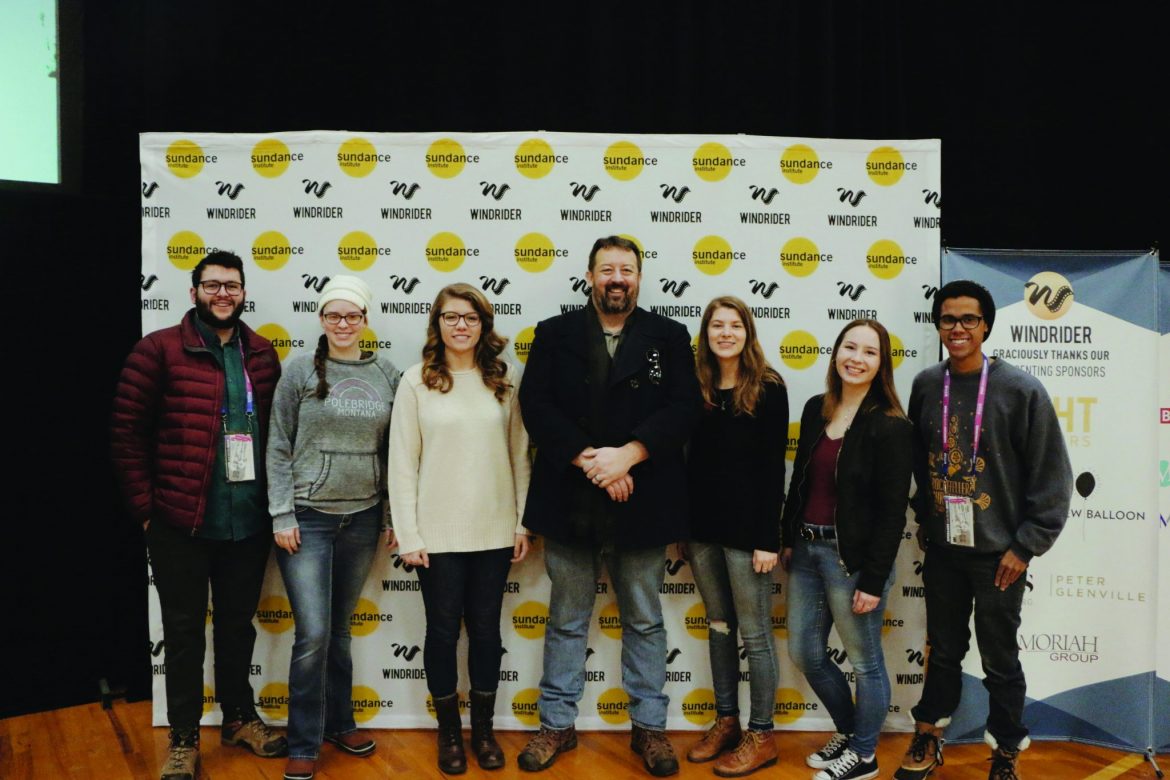 The communication department is at the helm of a new film major, which will bring students and faculty from across campus to explore 21st century media with special components like the Windrider Film Forum.

The film major will be offered beginning fall 2020, led by Charles Bane, professor of communication. Harding’s current electronic media production (EMP) major will remain an option for students with the addition of film.

“I really enjoy EMP because there’s a lot of different directions you can go with it,” senior EMP major Leah Johnson said. “You can go into TV; you can go into film. You can go work for a production company or an ad agency or something like that.”

The film major will offer students a more-focused path straight to the film industry. Jim Miller, chair of the communication department, anticipates that while many students will stay in EMP, many will also make the switch to film.

The communication department also allows opportunities for students to learn through real-world experience. On Sunday, Jan. 27, six communications students, along with Bane, traveled to Park City, Utah, for the 2019 Windrider Forum at Sundance Film Festival.

Windrider is an educational forum connected to the film festival. The students attended sessions where they were able to connect with filmmakers. Senior Bronson Crabtree is one of the students at the Windrider Forum and said he would like to submit something to Sundance one day.

“The experience so far has been chaotic and inspiring,” Crabtree said. “There is somuch happening, it’s hard to wrap my brain around.”

After screening their films, the students can hear from the directors and stars, and Crabtree said this made for a unique environment for discussion.

“Film allows culture to take the shape of a visual story,” Crabtree said. “This is an extremely important tool when trying to give a voice to those who need it or to simply bring awareness to the diversity of the world.”

Bane and Miller were both excited for this opportunity for the students. Bane hopes it will become an annual trip that can eventually include lots of students.

The film major is going to involve departments alongside communication. Miller and Bane said professors in the English, theatre and foreign language departments will all be joining together to create this major.

“It’s truly interdisciplinary, so it’s going to have lots of involvement,” Bane said.“We’ll still house it here in the communication department, but those other departments are going to help us out. That excites us because it feels like everybody’s all for buying into it.”

Harding strives to teach all courses from a Christian perspective, and the new film major is no exception. Miller said the major will prepare students to succeed in the workplace.

“We believe that it is really important to have people of faith who are working in entertainment media, and that is part of our mission as people who are, who want to be, salt and light in the world,” Miller said. “So we’re really excited about the opportunities our students are going to have in these classes to be successful filmmakers, wherever that leads them. Our students who will leave with this major will be well versed and prepared to be successful.”

Delusional Optimism | Out With the Old