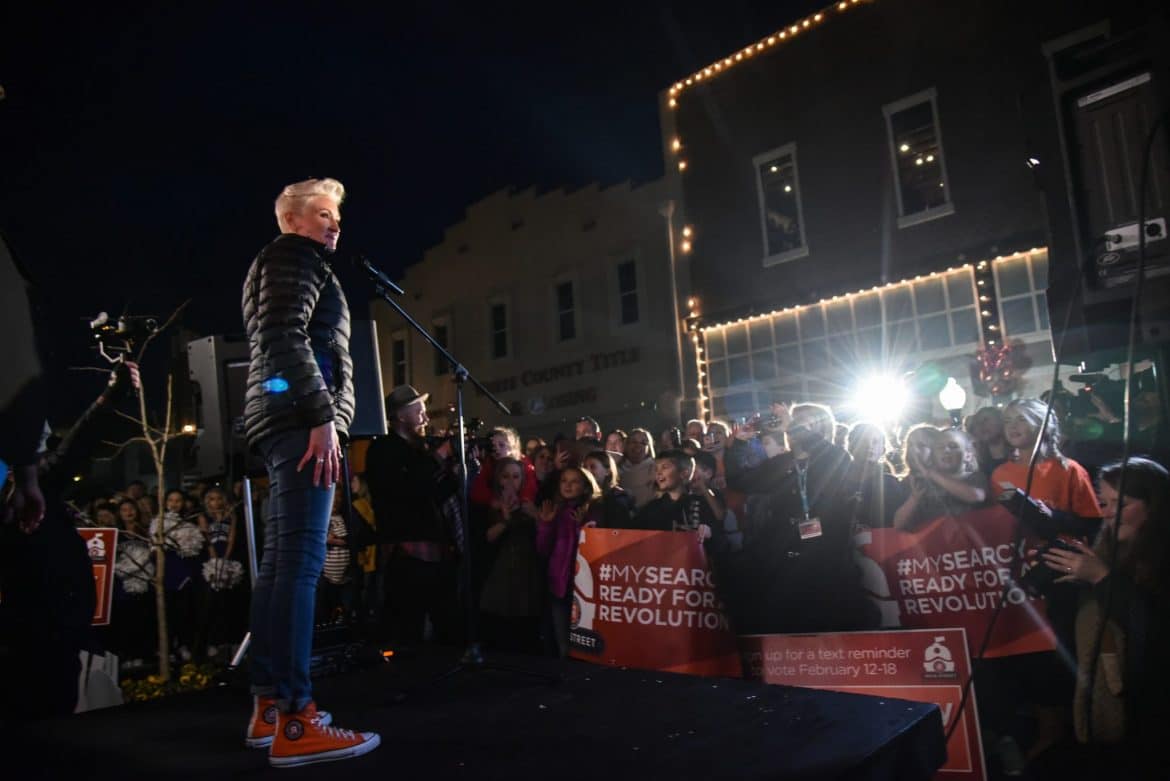 Searcy is one of 10 towns in the running for the Small Business Revolution, a campaign which grants one small town in America $500,000 to revitalize their small businesses. Sponsored by Deluxe, a company which seeks to provide support and resources to small businesses, the campaign took applications from thousands of towns from throughout the United States. If selected as the campaign winner, Searcy would also be featured on season three of “Small Business Revolution,” a series on Hulu about Deluxe’s revitalization of the winning town.

The “revolution,” as city officials have coined it, has provided many students with the opportunity of connecting with Searcy local and community and business leaders.

Junior Sidney Avery works at Stu’s Brew, a Searcy coffee shop, and said she has seen positive responses about the revolution from her customers, a showing of unity among the Searcy community.

“Knowing my boss personally and knowing how he started from nothing and brought up this small business … and seeing people who have done the same, small business is their life,” Avery said. “To get this opportunity is really just amazing and a way to show that their hard work has paid off.”

Harding President Bruce McLarty was one of thousands of Searcians, students and state leaders who attended a community-wide pep rally on Jan. 12 to welcome the “Small Business Revolution” production crew for an on-site visit. McLarty said because of the revolution coming to town, the community and students alike have found a unity cause and purpose.

Liz Howell, vice president for alumni and parent relations, said Harding has been involved with the “dreaming and planning” of what could be if the more than 200 particpating businesses, community members and students were able to secure the half-million-dollar prize for the city’s businesses.

“What is good for Searcy, is good for Harding. We are better together, rather than apart,” Howell said. “Harding is a big part of the community, and Searcy means so much to us.”

Amy Burton, executive director of Main Street Searcy, said Harding students will play a crucial role in the next steps for winning the revolution. Even if a student is not originally from Searcy, Burton said it is important that everyone pitches in because of the large-scale impact the revolution is having and can have on the community.

“Harding students could be a part of the legacy that we are leaving,” Burton said. “At the very least it will strengthen our community and the small businesses, which will create a vibrant town where there is activity and things to do.”

For Searcy to advance to the next round of selection, Burton said the town will need hundreds of thousands of votes through the daily text notification system. Voting will run Feb. 12-18, and to vote, text “MySearcy” to 484848. In mid-February, the “Small Business Revolution” producers will choose a top five, then the winner of the revolution will be announced at the end of February.