Home Features On to the next Adventure 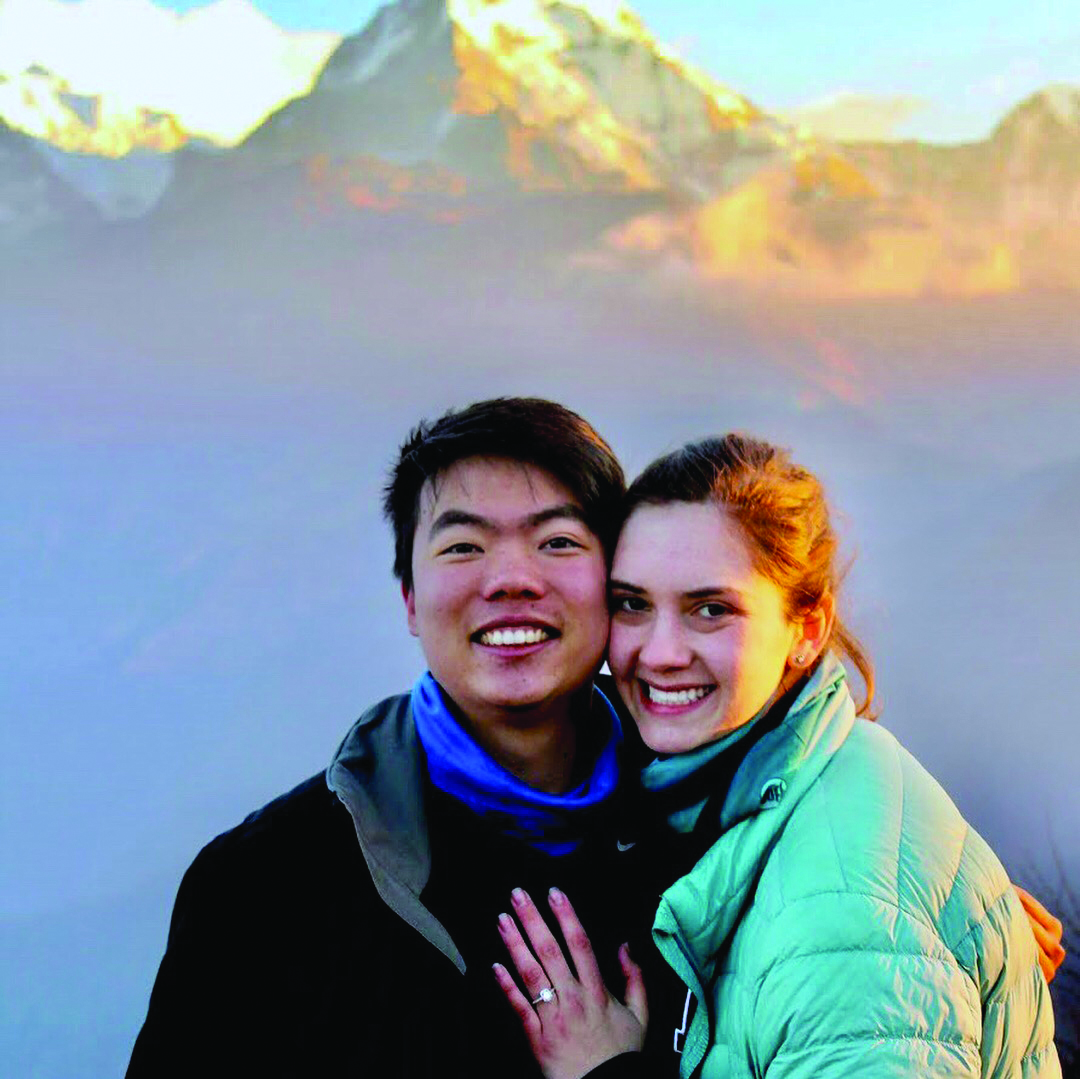 For two Harding University juniors, a friendship formed abroad has grown into love. From Greece to Israel to Italy, Shen Catteau and Maggie Meyer have seen a lot of the world together. Over Christmas break, the couple took a trip to Nepal; a trip that would culminate with a “legendary” marriage proposal. | Photo courtesy of Maggie Meyer

For two Harding University juniors, a friendship formed abroad has grown into love. From Greece to Israel to Italy, Shen Catteau and Maggie Meyer have seen a lot of the world together. Over Christmas break, the couple took a trip to Nepal; a trip that would culminate with a “legendary” marriage proposal.

Catteau and Meyer first met in the spring of 2016. Catteau and Meyer are both currently pursuing careers in the medical field.  Their similar class schedules created opportunity for a friendship to grow.

They sat next to each other in Intro to Cell Biology class taught by professor John Moon and spent time together studying for Fundamentals of Mathematics for Nurses.

“We sat next to each other, and I can remember thinking, ‘I think me and this guy could be goods friends, ‘” Meyer said.

But little did she know, they would become more than good friends as time went on. The two kept in touch that following summer and their relationship would develop even further during their semester abroad.

In the fall of 2017, they both studied abroad with Harding’s first ever HUG/HUF program. Catteau and Meyer, along with 38 other students, spent five weeks studying in Greece, one week in Israel, and five weeks in Italy.

“Traveling abroad strengthened our relationship just because we both could talk to each other about our feelings and shared experiences,” Catteau said.

The couple agreed that just being together every day solidified a strong friendship that they are both grateful for.

After returning to Searcy that spring, the two started officially dating.

“Getting to know Maggie abroad, I knew she was competitive and sporty. So for our first date in Searcy, we played paintball. I know not every girl would want a date paint-balling, but I knew she would like it,” Catteau said.

After two years of friendship and about nine months of dating, the couple got engaged over Christmas break in Nepal.

Catteau’s older sister, Cina Catteau, currently lives and works in Nepal. Their family planned to take a trip to encourage her in her mission work and to enjoy a family vacation. Meyer was invited to join in on the trip.

“Once my parents told me the schedule of what we were doing while we were in Nepal, I realized, man, it’d be really cool to propose there,” Shen Catteau said.

On their second day of climbing in Nepal, the family stopped at the peak of Poon Hill. Catteau gave Meyer a letter and then got one knee and proposed. The Himalayan mountains surrounded the couple as the engagement took place.

Meyer was excited to visit Nepal with the Catteau family but had no idea that she was going to get engaged there.

“I was so excited to visit that side of the world and a new culture. I did not think Shen was going to do it there because of security stuff in the airports and I didn’t think he had asked my dad, but it turns out that he already had,” Meyer said.

While Meyer may not have known about the engagement plans, mutual friends were keeping the big secret. Junior Seth Hancock studied abroad with the couple and has seen their relationship grow over the year.

Catteau and Meyer plan to be married in December of 2019. Congrats to the future Catteau’s!