Home This is the Greatest Show 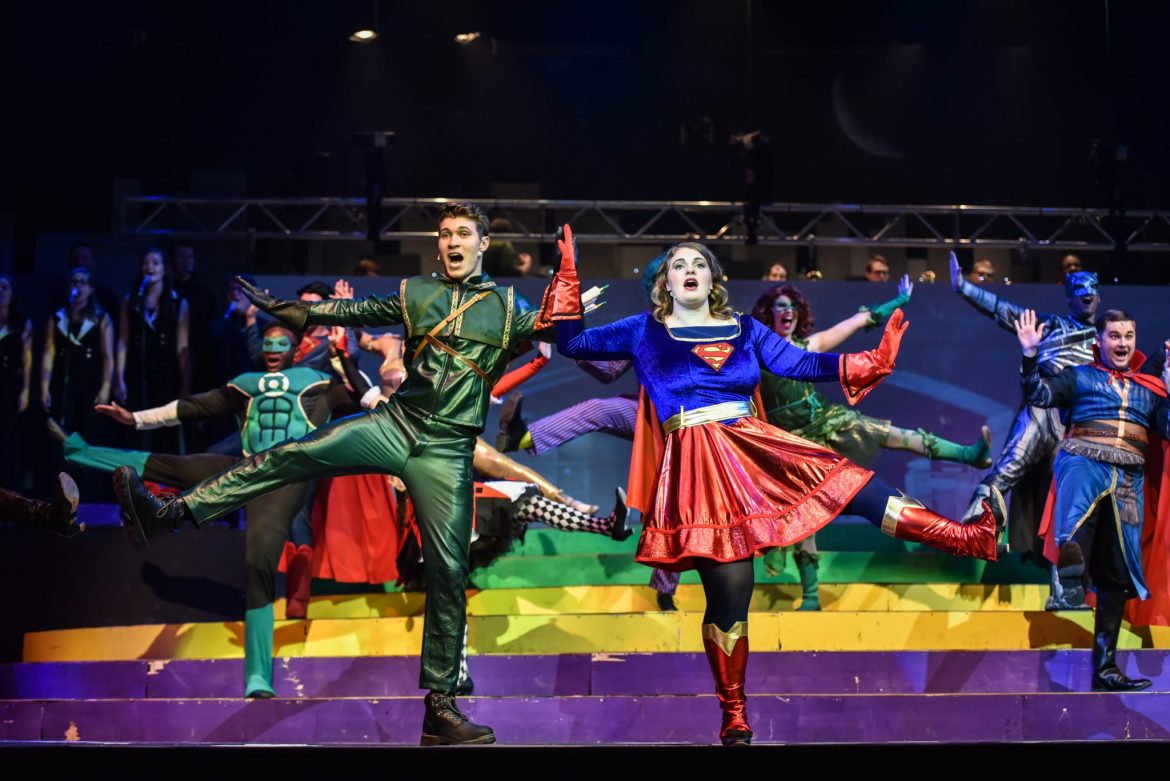 The Greatest Show” will serve as the 2019 theme for Harding’s staple spring student production. Dr. Steven Frye, Spring Sing director and theatre department chair, said the show’s opening and closing numbers will mirror the movie’s, opening with “The Greatest Show” and ending with “Come Alive.” | Photo by Sterling McMichael

“The Greatest Show” will serve as the 2019 theme for Harding’s staple spring student production. Dr. Steven Frye, Spring Sing director and theatre department chair, said the show’s opening and closing numbers will mirror the movie’s, opening with “The Greatest Show” and ending with “Come Alive.”

Hostess Julie Goddard said that the 16 ensemble members will play some of the iconic characters from the movie in the opening number. According to Frye, the closing for the first act will be “You Will Be Found” from the Broadway musical “Dear Evan Hansen.” Frye also added that this number will involve the Chamber Singers and other vocalists along with the ensemble for “a big, beautiful number.”

Frye also said the development of the theme will include showcasing life as a college student, the Christian walk and a showcase of who students really are as some of the true “greatest shows” of the world.

“Those are the shows worth seeing,” Frye said.

“Cause when your show title is ‘The Greatest Show,’ it needs to be fantabulous” Stockstill said, “And the look has to be over-the-top.”

“My song is going to be “I’m the Greatest Star” which is making fun of the whole diva-ness of it all, taking humor in being over-the-top and being dramatic,” Goddard said. The other hosts and hostesses will be singing “I Can’t Stand Still” from the musical “Footloose,” “Gravity” by Sara Bareilles and “Goodbye” from the musical “Catch Me If You Can.”

Club shows are also beginning to take shape with the beginning of rehearsals this month. The club shows’ individual themes vary from “Dalmatians” to “Hospitals” to “Salad,” according to Stockstill. Senior

Shelbi Bridges, one of three directors for women’s club Delta Gamma Rho and men’s club Omega Phi’s show, and Madison Ceurter, one of six directors for women’s clubs Ju Go Ju, Ko Jo Kai and men’s club Sub-T 16’s show, both said that all the club directors have been working on their shows since last April. Ceurter said their show is aiming to engage the audience with difficult choreography and eye-catching formations all centered around their theme of “Ants,” while Bridges said that she is excited about her show’s theme of “Weather,” which will involve a unique storyline and many puns.

“The Greatest Show” tickets will go on sale February 18th at 10 a.m. and can be purchased at www.hardingtickets.com

The Razor’s Edge of Masculinity