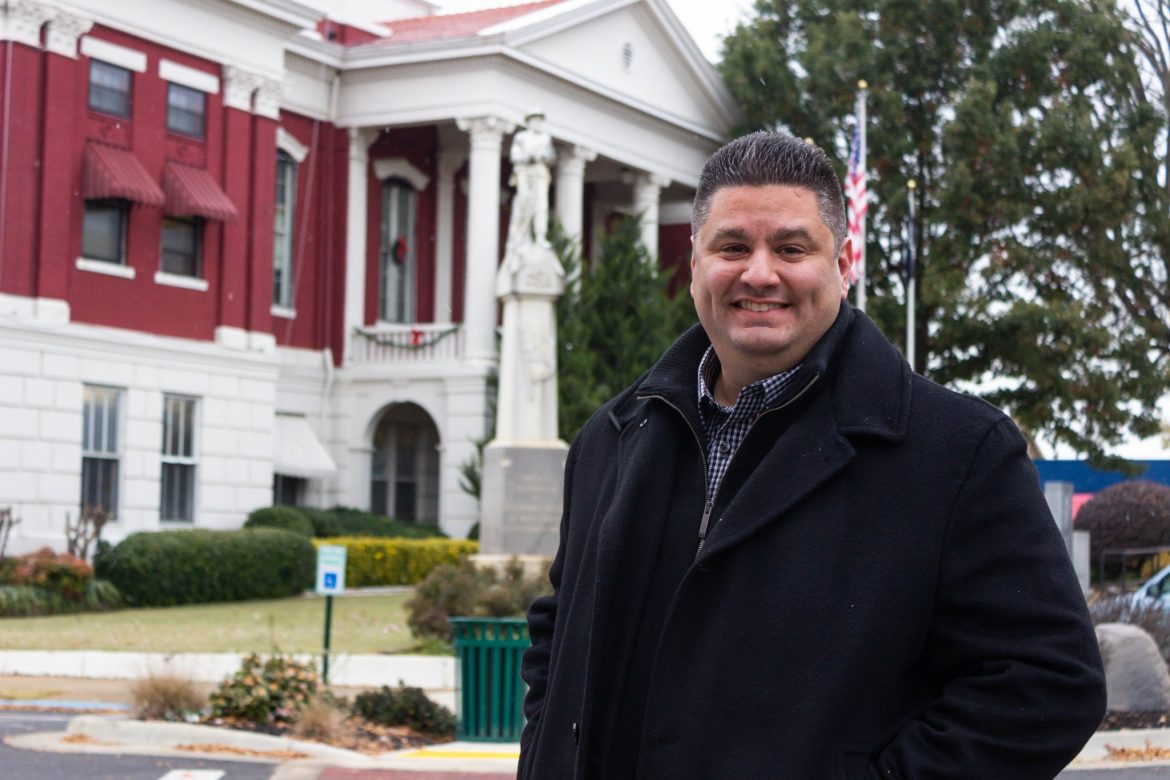 Mat Faulkner, president and chief Idea officer of Think Idea Studio, has contributed to many events and projects in Searcy with the goal of community improvement. Faulkner’s impact can be seen through popular local elements such as Art Alley and Beats and Eats. | Photo by Ryann Heim

Through involvement in local projects, Mat Faulkner is working to better Searcy’s community

Mat Faulkner, president and chief idea officer of Think Idea Studio, has made great strides in his effort to better the community of Searcy. From his position within his own marketing firm, he has been able to take his ideas to the next level in partnership with others in the Searcy area.

In addition to starting and running his own business, Faulkner works with several local nonprofits, serves as the chair of the Small Business Committee for the Searcy Regional Chamber of Commerce and is the youngest member of the Searcy Regional Economic Development Corporation, which focuses its work on attracting new businesses to Searcy and improving economic growth in the area. Additionally, Faulkner contributes to the Searcy Beautification and Lights Committee.

“This is my way of saying this is home and we want to get our hands into making [Searcy] better using any skills and connections to do so,” Faulkner said. “Of course we want to improve it for our family, but for everyone in the community as well. ”

Faulkner said because of in-house assets at Think, whenever he gets involved with anything in the community, he often utilizes the agency to kick off any efforts for growth. Faulkner cited the Think Art Project, which falls under the Searcy Arts Council, as an example. Faulkner’s role in the project includes coordinating with local artists and facilitating discussions about potential new projects. While murals are a part of the project, Faulkner said sculptures, lighting shows, water features, landscaping and more are also used in the overall theme of “placemaking,” which uses arts and culture to create spaces for the community to come together.

“You make this happen through local talent,” Faulkner said. “Locals who live in the area and have a vested interest in the community are the key ingredient. Through the use of visuals, people easily recognize and are excited about the work that enhances their community.”

Senior Tiffany Metts has been able to work with Faulkner on several community projects through her internship at Think Idea Studio. Metts attributed the dynamic environment at Think to Faulkner’s leadership and love of Searcy.

“He creates a wonderful work environment that is full of optimism and creativity,” Metts said. “He keeps things fun while still being an incredibly hard worker.”

Marka Bennett, a self-proclaiming “Mat Faulkner fan,” met Faulkner shortly after moving to Searcy two years ago. Like Metts, Bennett said she quickly realized Faulkner is a creative powerhouse who cares deeply about his community.

“The name of his company is perfect for him — he’s a great thinker,” Bennett said. “He’s very creative. You can almost see the wheels turning as you’re talking to him.”

Bennett and Faulkner are the co-directors of Beats and Eats, a monthly event in Searcy’s Downtown with live entertainment, artisans and entrepreneurs. While they were brainstorming for the creation of such a large-scale event, Bennett said Faulkner played a vital role in coordinating the many ideas presented.

“He brings synergy. He doesn’t just have his own ideas; he’s willing to work with others and create something that combines all thoughts and ideas,” Bennett said. “He’s inspiring, but he’s also inspired by the people he’s working with.”

According to Faulkner, beyond Beats and Eats and the Think Art Project, Searcy as a whole has been working to improve the downtown area and overall sense of community. While there are lots of different moving pieces, Faulkner added that they can make a big impression when all put together.

“Smaller cities often lack in amenities, especially when it comes to dining, entertainment and recreation, but when it comes down to it, satisfaction comes from relationships,” Faulkner said. “That is the golden nugget with small town living.”