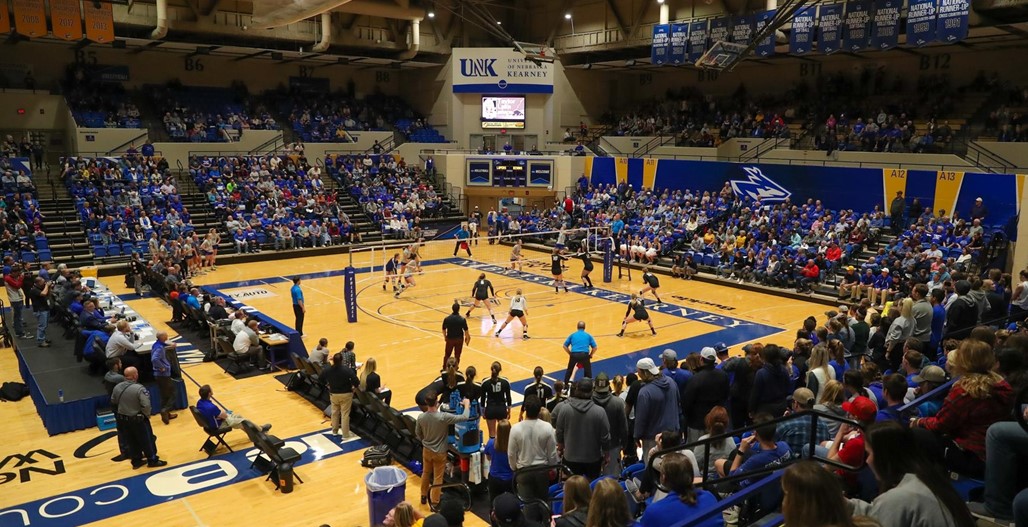 After making a statement on Thursday, Nov. 14 by defeating No. 1 seed University of Nebraska-Kearney (UNK), Harding entered Friday’s matchup against two-time defending national champion CSP, looking to once again assume the role of giant killer.

Early on, the Lady Bisons looked up to the task. In the first set, Harding out-hit the Bears .219 to .048. Harding also recorded four more blocks than CSP. The result was a 25-19 first set victory and a sense among the Harding faithful that lightning could strike twice.

“We definitely felt strong after winning the first set,” senior setter Rachel Heussner said. “But we did not want to get comfortable because we knew they would bring it the next set.”

They did. CSP kept Harding to a .000 hitting percentage in the second set while recording 17 kills. Freshman middle blocker Kennedy Brady led the charge for the Bears, who won the set 25-14.

This was not the first time in the NCAA Tournament the Lady Bisons had dropped a set by double digits. In its victory over UNK, Harding suffered a 25-15 fourth set defeat but bounced back to win the fifth set 15-9.

The Lady Bisons could not repeat the Thursday night magic, however. Harding’s hitting percentage did increase in the third set, but only to a meager .125. CSP, on the other hand, could hardly miss a shot. The Bears hit .400 from the field, including 17 kills. They added three aces.

Brady’s dominance was on full display in the third set. The freshman could seemingly do no wrong. She finished the match with 27 kills on 44 attacks. Her .500 hitting percentage was too much for the Lady Bisons to handle, and Harding dropped the third set 25-14.

By the time the fourth set started, Harding already had its backs against the wall. Down 2-1, they would have to get something going to save their season.

“[Head Volleyball] Coach [Meredith] Fear told us that we needed to play for ourselves,” senior outside hitter Madison Poen said. “[She reminded us] how important it is that we didn’t fold and played Harding volleyball. She didn’t want the fear of failure to creep in.”

The clock struck midnight on the team’s magical run when CSP took the set 25-13 despite committing seven attack errors. The four-set defeat was the final match for Harding’s seven seniors, who led the Lady Bisons to their first regional semifinal appearance in addition to Great American Conference Regular Season and Tournament titles.

“Looking back, I am so incredibly proud of every single girl on this team,” Poen said. “We have accomplished things that literally no one else has been able to do in the GAC, let alone at Harding.”