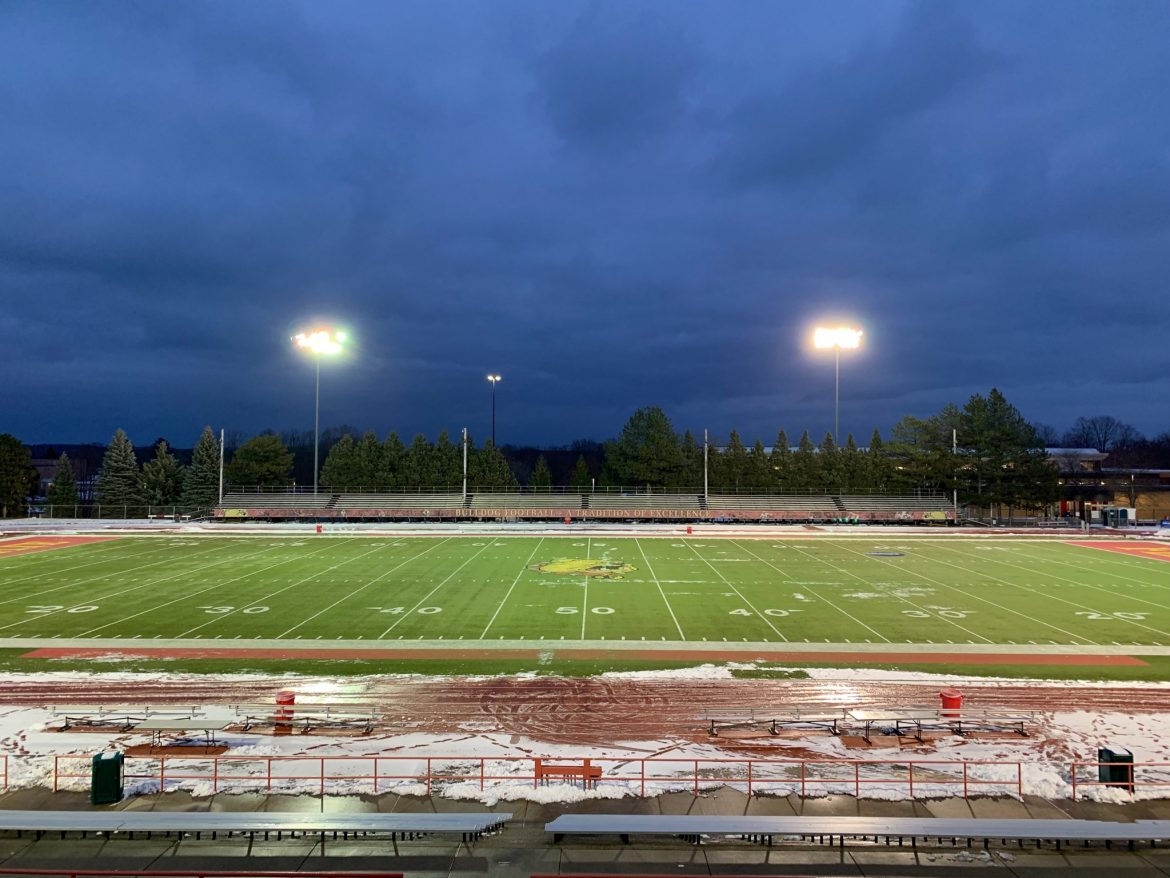 JA: The Bulldogs have been dominant on offense this season, placing them in the Top 15 in NCAA Division II for scoring offense. What has been the key to their success?

BS: There are really two keys to the Bulldogs’ offensive strike. It all starts up front in the trenches. Senior offensive guard Nic Sawyer and senior offensive tackle Devon Johnson eat up pass rushers week in and week out. Once that line sets a dominant pace of play, junior quarterback Jayru Campbell runs wild. Campbell is the second biggest piece for the Bulldogs. He currently leads Ferris in both rushing and passing yardage. Campbell rarely makes mistakes, making him extremely dangerous to opposing defenses.

JA: FSU is coming off of a stellar defensive game against William Jewell University. How does this year’s defense compare to the one from a year ago?

BS: This year’s defense is a bit different from the squad from a year ago. Two of our biggest defensive pieces in defensive tackle Zach Sieler and cornerback Tavierre Thomas have made their way to the NFL, leaving holes on the defensive line and in the backfield. Junior defensive end Austin Edwards and defensive back Delon Stephenson have stepped up to replace them. Edwards is the team leader with five sacks and has also added 10 tackles for loss. Stephenson is an absolute ball-hawk who has nabbed six interceptions, two of which he’s taken to the house.

JA: Harding came to Big Rapids a year ago and pulled off the upset win. What is one area the Bulldogs have improved since last year?

BS: Last year’s matchup with Harding was an absolute stunner for the Bulldogs, who were riding high. This year, the Bulldogs are undefeated and a big reason for that has been a balanced offensive attack that has benefited from an infusion of youth. Ferris is most effective in the run game, but junior quarterback Jayru Campbell is not afraid to cock that arm back and let it fly. Red-shirt freshman receiver Sy Barnett has been stellar this year, grabbing 718 yards on 31 receptions for 8 touchdowns.

JA: Harding runs the ball … a lot. Do you think FSU’s front seven is strong enough to slow down the Bisons running game?

BS: I have no doubt that FSU’s front seven will be up to the task that is Harding’s run game. The Bulldogs are allowing just 96 yards per game on the ground. Even if Harding manages to put up big numbers in terms of yardage, the Bulldogs are more than happy to play a bit of “bend but don’t break” defense, which will force a lot of field goal attempts.

JA: What do you peg as the X-Factor in today’s matchup?

BS: The X-Factor here is a position on the Bulldogs’ offense I like to call “The Swiss Army Knife.” Ferris has multiple running backs that are speedy and dangerous, no matter how the ball gets in their hands. Watch out for junior slot receivers Dion Earls and Jevon Shaw. Both can catch the ball out of the backfield and crash the ball between the tackles.

Bisons prepare for their playoff game against Ferris State