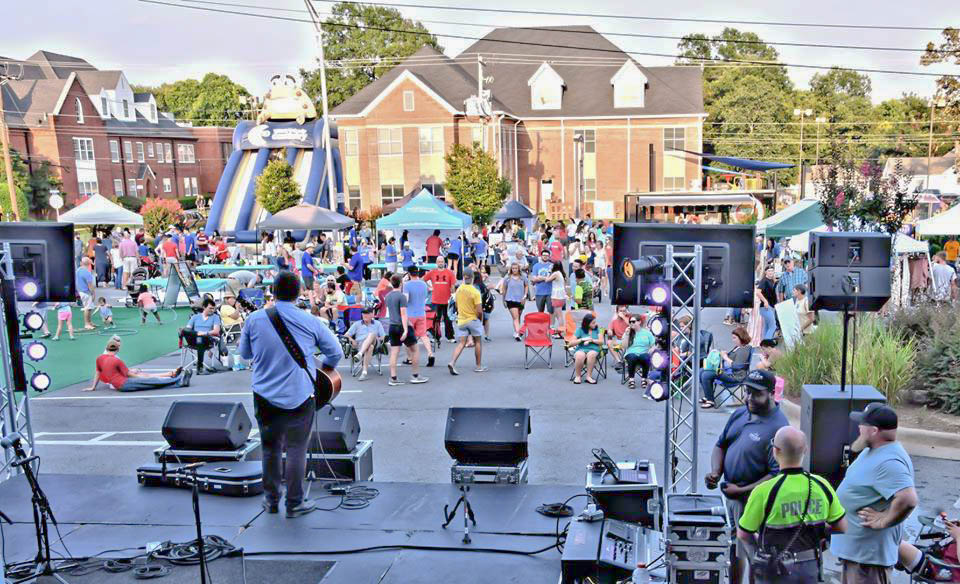 “Thankfulness Beats & Eats is an opportunity for the community to come together and express their thanksgiving for Searcy, our town, and for the people who work here to make it what it is, who make it a really good, safe, family-friendly place to live and work and raise our families,” Marka Bennett, one of two volunteer coordinators for Searcy Beats & Eats, said.

According to Bennett, they have the longest Thanksgiving table in Arkansas, running a little over 200-feet long with “as many chairs as we can crowd around it,” according to Bennett. Bennett said the hope is for people to get dinner at one of the eight food vendors provided, come to the table and celebrate a time of thankfulness with family and friends, or even someone they have never met before and meet some new people. Attendees can also find local workers wearing tags that say “I work for the city” or “I work for the county,” for a chance to show gratitude for the employees.

During the event, Art Alley will be open with artists painting. There will be a special section of Art Alley for Searcy citizens to sign or write a message of thankfulness. Local merchandise, art and baked goods will be available for purchase, and Center on the Square will be hosting a free magician show and a drawing for some prizes as well.

Beats & Eats is constantly growing and becoming more popular. Heather Kemper, event and project director for Alumni and Parent Relations at Harding and a member of the Beats & Eats committee, was in charge of coordinating food vendors for the event and could tell that its popularity was rising.

“I was calling several food trucks to follow up and say ‘hey, we hope you’re coming,’ and it was no longer me trying to sell this random new event that nobody knew what it was. It was like an ‘Aw, man, yes! We want to come. We’ve heard about Beats & Eats. We wanna get there!’ So that feels good that we’re making a name for ourselves and kind of gaining some momentum,” Kemper said.

“… In the spirit of Thanksgiving, and with it being in November near the holiday time, we wanted an opportunity to tell the city servants, the people who work in city department positions and also first responders, [to] just tell them ‘thank you’ for their service and for making our town a great place to live,” Faulkner said.

Second annual TEDxHardingU discusses How and Why