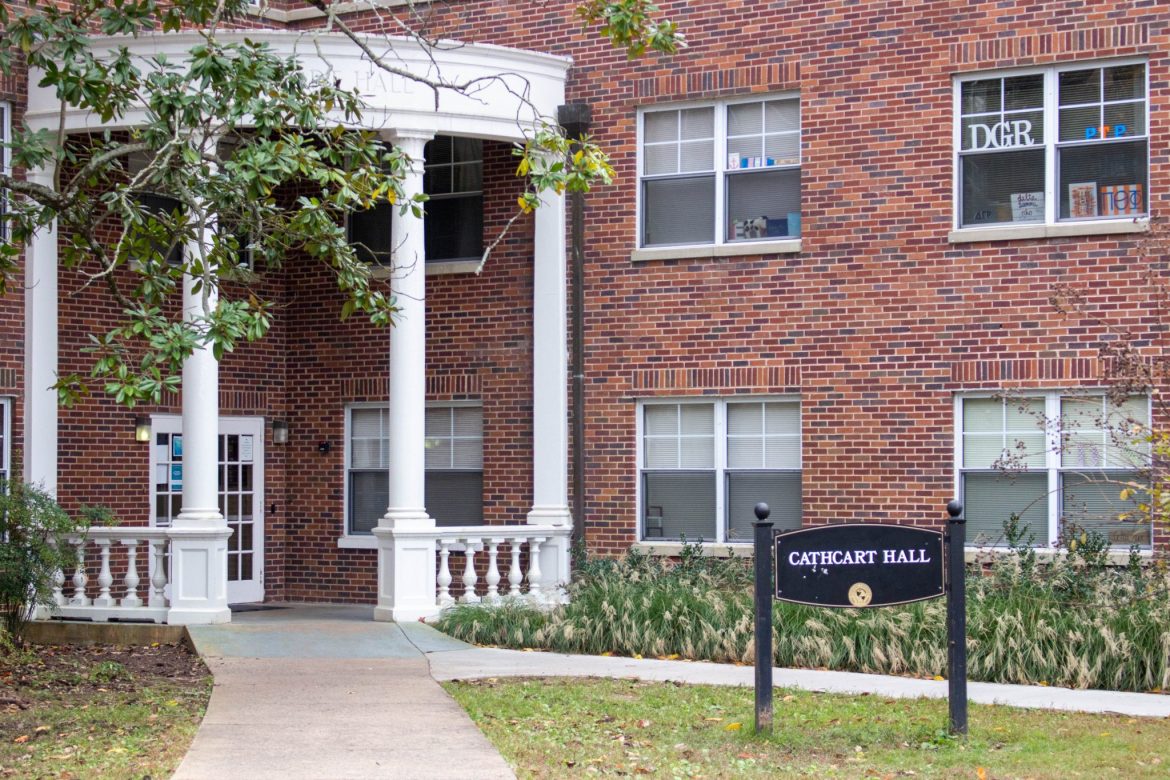 When you move into your dorm freshman year at Harding, mushrooms aren’t usually on the list of things you think your dorm room will provide. Freshman Eden Henderson found mushrooms growing in the wall of her bathroom in women’s residence building Cathcart Hall this semester.

“I was in the bathroom, and I looked down beside the toilet and I noticed that there were mushrooms growing, and I was like, ‘Well that’s alarming,’ so I called my suitemates in to look at them and they said, ‘Yeah, that’s pretty weird. There probably shouldn’t be mushrooms growing out of our wall,’” Henderson said.

Danny DeRamus, director of Physical Resources, said after the return of the mushrooms, they had to bleach and recaulk the area to try and keep the mushrooms from coming back. Moisture could have caused the mushrooms to grow because of something that might have happened years ago.

“You don’t even know if it was a science project from someone in the past or dirt that had mushrooms in it, [or] it could have been a couple of years ago and a little water got on it and here it goes,” DeRamus said.

Mold has been something that Cathcart Hall has dealt with in the past couple of years, causing many students to move out of their dorm rooms and into completely different dorms. Heather Davis, Cathcart residence life coordinator, said moisture this time of year is a common cause of this type of thing. Davis said adding a new roof last year has helped with the problem a lot.

“The Physical Resource Department and Student Life truly care so much about our students and their living environments. My family lives here year-round as well,” Davis said.

DeRamus said in his 30 years of working for Harding, this is the first time that he has ever witnessed mushrooms growing out of a dorm room wall.