Home Features ‘There’s no such thing as TYPICAL’

‘There’s no such thing as TYPICAL’ 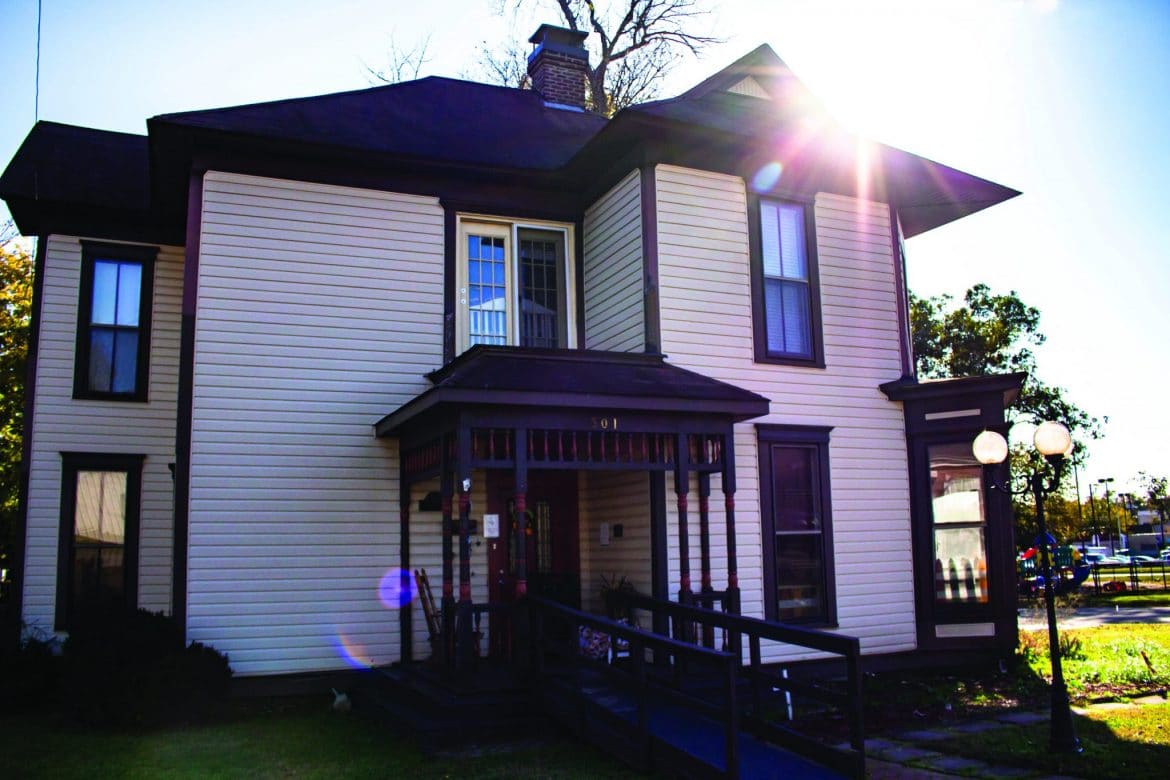 In 2017, the United States Interagency Council on Homelessness (USICH) reported that an average of 2,467 people in Arkansas experience homelessness on any given night. In Searcy, a network of local organizations are working to empower these displaced families in White County and change the community’s perception of what it means to be “homeless.”

“You cannot describe a homeless person, other than just to say they’re a person,” Joshua Stewart, a member of the board at Mission Machine Inc., said. “The situation of each [person] and the stereotypes we see are just not accurate.”

Mission Machine’s volunteer-only team, including Stewart, aims to meet White County’s homeless population “where they are at.” The organization utilizes its most recognizable feature, a bright-green van, to locate and connect with those experiencing homelessness throughout the county. Anyone that expresses the need is offered a tent and a spot at Mission Machine’s tent camp right outside of Searcy city limits.

“We don’t have to turn anybody away for [a tent],” Stewart said. “We don’t have to judge their sincerity or condition. If somebody is in bad enough shape to stay in a tent in our camp, that’s the proof itself.”

Road to Damascus is run by Harding alumnus Jimmy Cooper and originated as a branch of Mission Machine. Today, Road to Damascus is a separate nonprofit that seeks to serve single men, who, according to Cooper, are the least-served demographic of homelessness.

“We’re not just trying to get them saved up and out the door,” Cooper said. “We’re trying to make sure they don’t end up back in the situation they were in when they came here.”

Like Stewart, Cooper said he also believes that homelessness is often perceived incorrectly.

“There’s really no such thing as typical,” Cooper said. “There’s no typical homeless person. People look at homeless people like they’re different [from themselves]; they’re not. People are the same regardless of circumstance.”

Close to Harding’s campus, Jacob’s Place Homeless Mission offers shelter and support to Searcy’s displaced homeless families, specifically those with children. Up to three families at a time can be housed at the nonprofit’s facility, and after three months, a family is usually prepared to move on. According to Jami Bever, adjunct professor of behavioral sciences and Jacob’s Place board member, the organization’s mission is to be a “hand up instead of a hand out” and has served 248 children, 149 women and 37 men to date.

While staying at Jacob’s Place, residents partake in a structured program that includes counseling and financial guidance. Even though the ministry is so close to campus, Bever said she often sees a wide disparity between Harding students and their awareness of homelessness in Searcy.

“It’s easy to come to Harding and do Harding and forget about the community that’s around us,” Bever said. “It’s easy to get caught up in our everyday lives … and forget that just a couple blocks away from campus is poverty and the reality of families that are struggling.”

According to Bonny Gregory, Jacob’s Place director, Jacob’s Place frequently collaborates with other Searcy organizations that minister to those experiencing homelessness. Jacob’s Place often refers families to Mission Machine and Road to Damascus, and vice versa. Though the organizations have been working in the community for several years now, Gregory said there is still more work to do, and there will be until nationwide changes are made.

“I think the most alarming thing to me is the number of calls we get — that we have a waiting list, that we are full almost all the time,” Gregory said. “For me, that says, as many people as we’re helping and as wonderful as it is, how many people are we not able to take in? How many people are out there that need somewhere to go?”

The Bison’s Guide to Friendsgiving