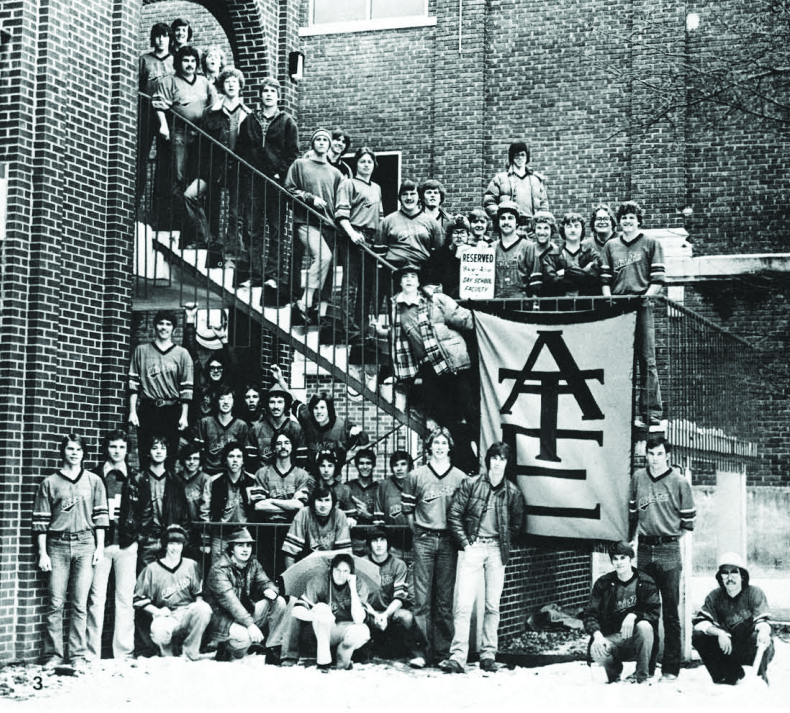 Men’s social club Alpha Tau Epsilon (ATE) will accept new members during the spring semester after rumors of self-disbandment due to low membership numbers. This atypical recruitment push come on the 50-year anniversary of the men’s social club.

Senior Jared Holley, spiritual director for ATE, said the deans were kind enough to give them another opportunity.

“Next semester will be either a revival or a death of a club,” Holley said. “If people truly love Alpha Tau and our three men work hard, we’ll see that revival, or we’ll fade out into obscurity, this time for good.”

During one of the All-Club devotionals of Club Week, the other clubs cheered for ATE, and according to Holley, chanting “One more year, one more year!” Senior Katie Beth Blankenship, president of women’s social club Phi Kappa Delta, spearheaded the display of solidarity with ATE, sending an email out to other club presidents encouraging their clubs to support ATE during All-Club Devotional.

“I emailed all of the club presidents and quickly received responses from almost all of the clubs,” Blankenship said. “Everyone was so excited for the idea, and I loved getting to be a part of honoring ATE. On Thursday night, I cried when everyone in the Rhodes cheered for those sweet boys.”

Holley said he and his fellow club members were not sure how to react to the outpouring of support.

Holley said he did not know ATE existed until he met the president during his sophomore year, who later brought him in as his little.

“I would rather be a small club with a good reputation than a large club with a bad one,” Holley said.

Men’s social clubs Chi Lambda Chi chose to self disband on May 1, 2012, due to dwindling members, according to Stephan Raab, former club member.

“I started out as historian and disbanded the club while I was president,” Raab said. “It was seriously too much work for me to keep people interested in things while everyone is also trying to do well in school. When members aren’t interested in doing anything, it just ends up feeling like work that you don’t want to do.”

Raab said the club struggled to gain sponsors and that he wished he had joined a different club. Despite the club’s disbandment, Raab still finds opportunities to reconnect at Harding.

“I have already returned to visit Harding,” Raab said. “The club’s disbandment wasn’t really on my mind at the time to be honest. The school was what it was because of the people that were there.”

Darrell Kempf was also a member of Chi Lambda Chi, but after the disbandment, joined Kyodai. He said he might return to visit Harding someday, but the disbandment would not affect his decision to return.

“I have great memories with both Chi Lambda and Kyodai,” Kempf said.

Kara Abston, assistant dean of students, said ATE has not submitted any written statement about dissolving the club.