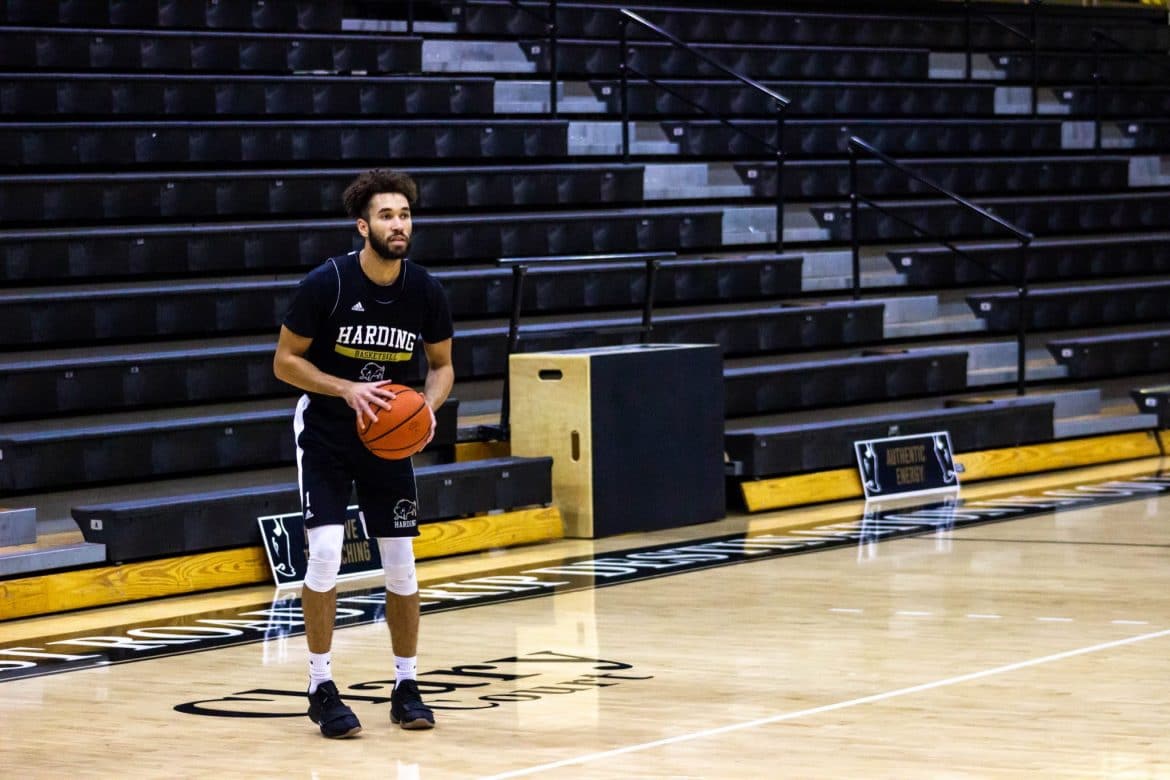 Harding men’s basketball opens its season Friday night against the University of Central Missouri in the Central Region Tipoff Classic in Warrensburg, Mo. Harding looks to be more successful this year than it was a season ago, when the Bisons garnered their worst record since joining the Great American Conference (GAC) in 2011.

The Bisons went 5-17 in GAC play last year, the second worst record in the conference. According to Harding Head Men’s Basketball Coach Jeff Morgan, the team has made a point of putting last season’s failures behind them.

That is especially true of the Bisons this season. The team returns only two seniors and one player who has played all four years. Morgan said the youth offers his team the chance to grow this season.

“I think it is going to be a team that I think will continue to get better as the year goes on,” Morgan said. “We’ve got six new guys and four that did not play last year [because of injuries], so we basically have a new team.”

Senior guard Reggie Anthony started 26 games last season and was third in scoring with 9.5 points per game. This season, Anthony has become one of the team’s leaders. In spite of the high turnover of players, he said he is confident in the team’s chemistry.

“It’s probably the most fun I have had with a team so far,” Anthony said. “I am excited to see how that translates to the court.”

One of the new faces on this year’s team is graduate transfer JV Long. Long played 91 games in three years at Cameron University in Oklahoma before coming to Harding to be a part of its physician’s assistant graduate program. Long plays point guard and averaged more than 10 points a game last year.

“It’s been easy to fit in and just get really comfortable with these guys,” Long said. “I’m just ready to get back out there with all of these guys and show everybody what I’m going to do.”

According to Morgan, one major difference between this season and last is the defensive intensity he believes his team will show.

“I think we have got some guys that can be good disruptors on the defensive end,” Morgan said. “Hopefully that will lead us to get some easier shots on the offensive end.”

Morgan said one reason he expects the team to excel defensively is its speed. Compared to previous years, when the team has focused on slower play and strong shooting, he said this team will be more up-tempo, which he has already seen in the team’s practices this offseason.

“We have a sign that says competitive family, and it kind of sums up practice,” Anthony said. “We get after each other.”

Harding is projected to finish 10th in the GAC, according to the GAC preseason poll, but that has not kept the Bisons from dreaming big.

“[Our goal is] to take it one game at a time,” sophomore guard Alex Francis said. “As we do that, we build towards that conference championship.”

The new-look Bisons squad will have their first test this weekend against two traditional Division II powerhouses, the University of Central Missouri and Pittsburg State University.

“I am very excited,” Francis said. “Last year just kind of left a bad taste in your mouth, and it seems like it’s been forever since we stopped playing.”