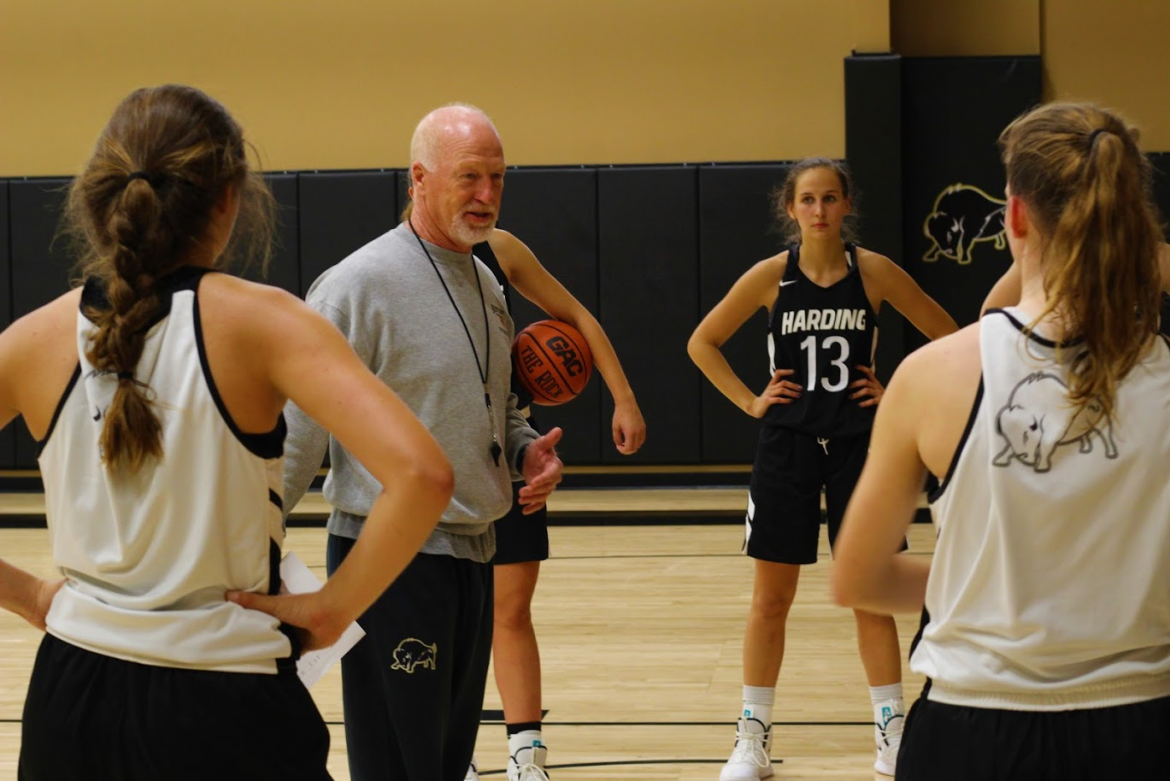 The Lady Bisons basketball team enters the 2018-19 season picked to finish third in the Great American Conference (GAC). The team falls below rival and defending conference tournament champion Arkansas Tech University and unanimous favorite Southwestern Oklahoma State University. The difference between Harding and the two teams ahead of them is that the Lady Bisons are not returning any seniors this year; however Women’s Head Basketball Coach Tim Kirby said his team’s youth is not an excuse to play poorly.

“We will have leadership from a lot of different places this year,” Kirby said. “Obviously it won’t be a senior, but we are OK with that. If everybody does what they are supposed to do, then it takes care of itself.”

The Lady Bisons last season were one shot way from making it to two straight NCAA tournaments appearances, losing 63-62 against Tech. Sophomore guard Carissa Caples said the missed shot is fuel for the team this season.

“We learned a lot from last year that we can carry over into this year,” Caples said. “I’m excited to start this season.”

The leadership that the team has returning comes from three-year starter junior guard Peyton Padgett. She said this preseason has been different, but she is looking forward to interacting with her new teammates.

“It’s been an adjustment being the older one, but I’m very comfortable with the sophomores on the court because they played a lot last year,” Padgett said. “And I’m excited to get to know the new girls and get to play with them.”

Kirby is expecting good things from the Lady Bisons sophomore class, which features the 2018 GAC Freshman of the Year, now sophomore forward Kellie Lampo. Lampo averaged just over 12 points and six rebounds a game last season. Kirby says that the youthful talent on his team excites him, and he thinks this is going to be a fun season.

“If you have good young players, their age just lets you have them for a longer period of time,” Kirby said.

During the preseason, the Lady Bisons have used their time to not only prepare for the season on the court, but the season off the court as well. Caples said the team is already developing good chemistry and enjoys being around each other.

The team is looking forward to getting to spend more time with each other as they travel to Kansas City to play tonight and tomorrow night in the Central Region Challenge.