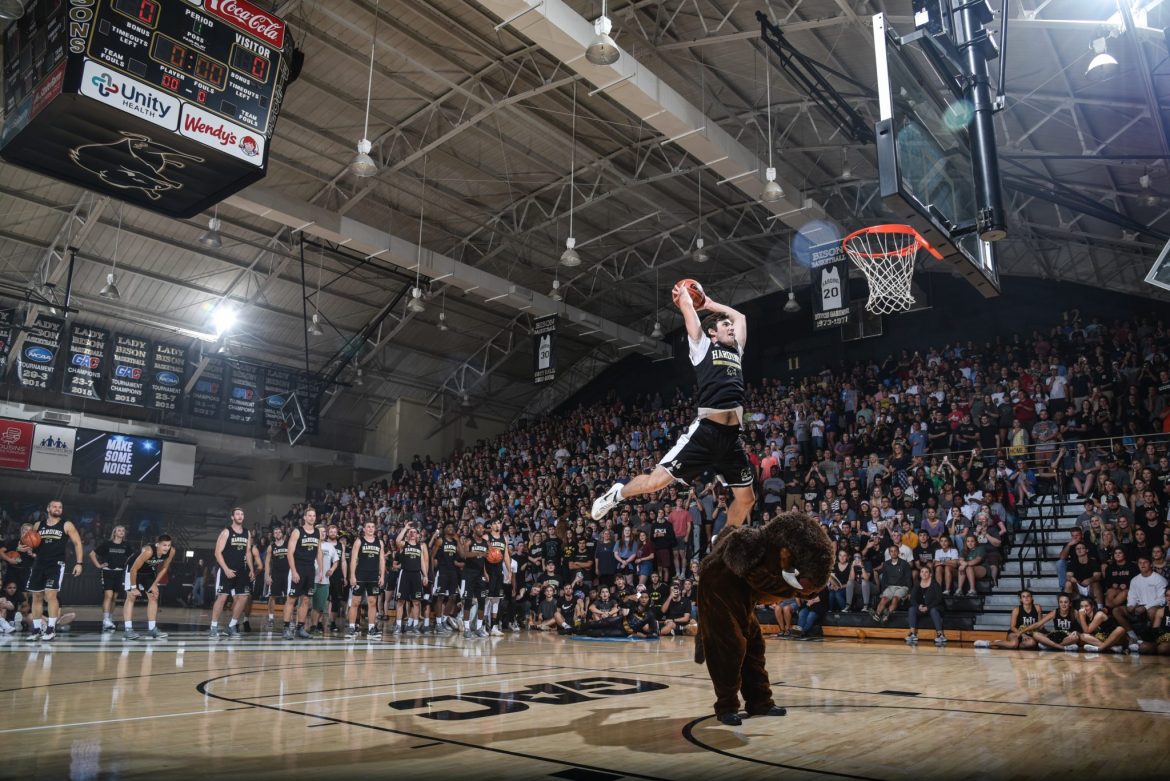 The Campus Activities Board (CAB) and the men’s and women’s basketball teams are lighting up the Rhodes-Reaves Field House with this year’s Midnight Madness to kick off basketball season. The event will take place on Oct. 15 at 11 p.m. and will feature the men’s and women’s basketball teams, cheerleaders and band. This year CAB hopes to make things exciting with many lights and sounds, according to Val LaFerney, junior CAB Co-Director.

Sophomore guard for the women’s basketball team Sadie Thornton said her favorite traditional Midnight Madness activity is the team introductions, which she said gets the team pumped for the rest of the year. When the students seem interested and excited about the season, the teams get even more excited about what is to come, according to Thornton.

Thornton said high game attendance makes for a better player experience, and there is nothing like a full house at one of the Lady Bison basketball games, because the team performs better when the Rhodes Rowdies are there support them.

The event will also feature the cheerleaders who have been working all year on a performance specifically for this event. Senior cheer captain Ellie Arnett said they learn this performance in one day during cheer camp, the week before classes begin. They practice the routine every week until the event and then perform it once. After Midnight Madness, the routine will retire.

Unlike gameday performances, the Midnight Madness cheer routine will be for skill showcasing. Arnett said it is the most intense, but fun, two minutes and 30 seconds of their season.

“It is kinda like the first hoorah right after fall break, and it will kinda get you back in the spirit and get your energy high to finish the year,” Thornton said.

Midnight Madness is a part of this year’s “I Heart HU” week, focusing on the Harding community’s love and passion for Harding. The week will also include other events put on by CAB such as a trivia night, a canned food drive and a block party leading up to homecoming.

Let the voices be heard

Coffee with a cop