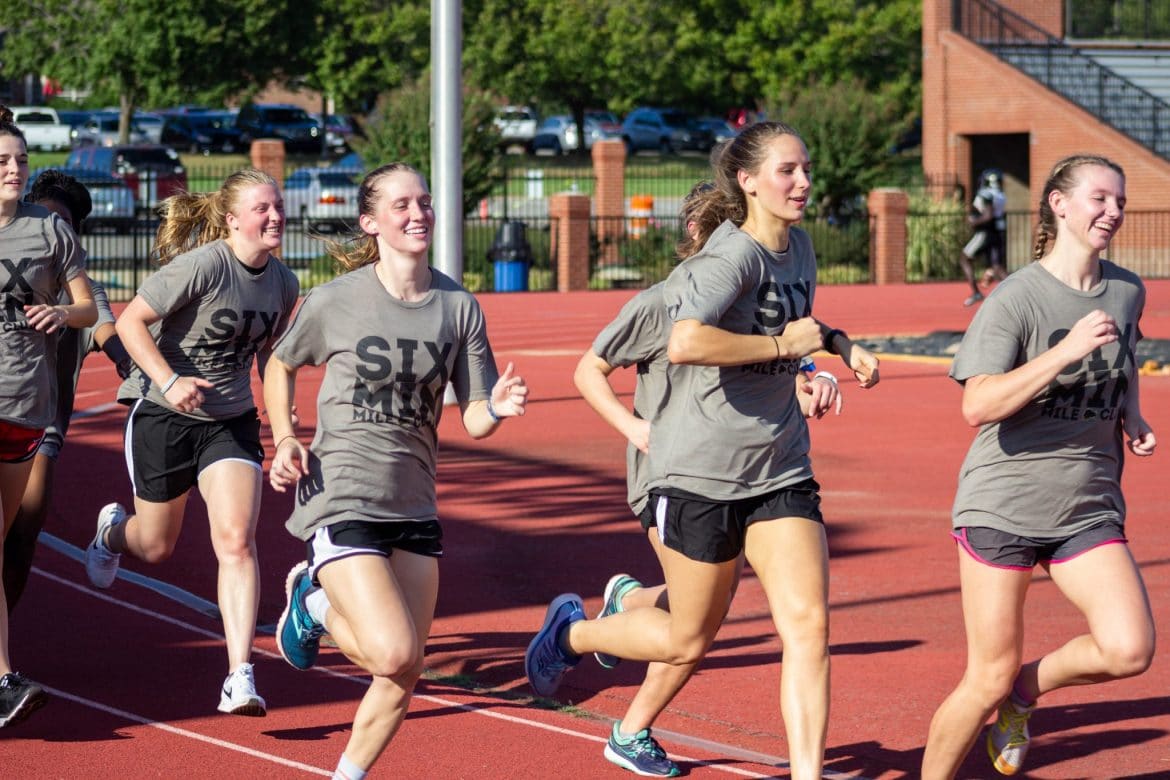 How does the six-minute-mile test create a team bond that lasts into the regular season?

Every year, when the Lady Bisons basketball team arrives at Harding for preseason, they are tested to be able to run one mile in six minutes to assess their fitness level.

The women who are able to run the mile in six minutes or under are inducted into what has been dubbed, “The six-minute-mile Club.” This year it has become a more official initiative, where every player who is inducted receives a T-shirt and gets a shoutout on social media.

Sophomore guard Amanda Kearney, has been in the six-minute-mile club since her freshman year. Kearney was the only player who made it into the club her freshman year, with a few other players making it in before the end of the season. She had run cross-country in high school and experienced running at a higher level before coming to Harding.

“I had a little bit of an advantage,” Kearney said. “It’s not normal for people to be able to run a six-minute mile, but everyone has been working really hard this year to make it.”

Freshman guard Hayley Kate Webb was inducted into the six-minute-mile club when she arrived for preseason this year. Three athletes completed the mile in six minutes on the first night of preseason training, and since then, nine additional Lady Bisons have become members of the club.

“I remember the coaches telling me as a recruit that, when you can run the six-minute mile, you unlock a new level of mental toughness you didn’t know you had,” Webb said.

“Each time one person makes it, it makes every other player want to make it too,” Kearney said.

Webb said the six-minute mile prepares the team both mentally and physically for the season. She said it is also a good bonding experience for the team.

Kearney said Assistant Women’s Basketball Coach Weston Jameson had just run out of the six-minute-mile club T-shirts because he was not expecting such a large number of athletes to make it, and more girls keep getting better and reaching this goal every week.

Beyond the field: Bison Buddies