Beyond the field: Bison Buddies 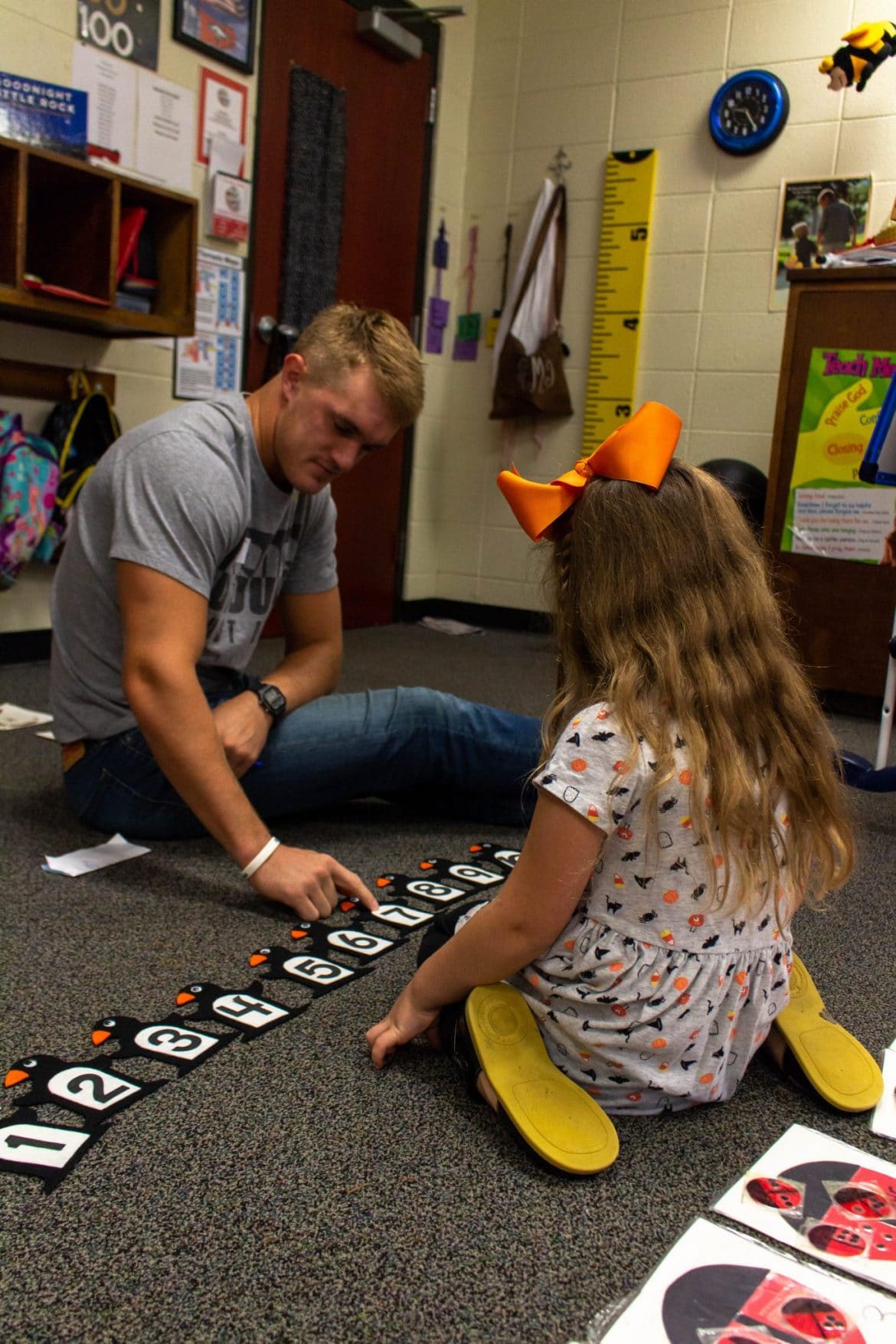 Harding athletes have a busy schedule. They have practice, workouts and classes throughout the week, as well as game days, which can be more time consuming with an away game. Despite their commitments, Harding athletes make time to participate in Bison Buddies, a program the Student Athlete Advisory Committee (SAAC) coordinates to benefit Searcy elementary schools, specifically pre-school through third grade.

Over 100 Harding athletes participate in Bison Buddies, according to senior defensive back Jon Howell, director of Bison Buddies. The program assigns one or two Harding athletes to a classroom or teacher to assist with reading, math or just playing games and having fun with the students. Occasionally, some athletes are paired with a specific student to give them special assistance.

Bison Buddies started as a program specifically for the football team, but has since expanded to include members from all Harding’s sports teams. Howell said Jack Thomas, former director of Bison Buddies, helped include Searcy public schools, as well as schools in Judsonia and Kensett.

“It has been a huge blessing to be a part of, and I’m definitely going to miss it after I graduate,” Howell said. “Some people may think it’s time consuming to go and spend that much time with little kids, but the kids really give a lot back to us.”

Blickenstaff helps in Renee Miller’s classroom of four and five-year-olds with their activities such as puzzles, counting and learning stations. He said being a Bison Buddy is a big responsibility and that he enjoys being able to watch the kids learn.

“Even though what we do is so simple it means so much,” Blickenstaff said. “It’s important for the kids to have a good role model, and the Bison Buddies program provides that.”

Blickenstaff said he enjoys getting away from the field, and spending time with the kids and marveling at their energy. Miller also appreciates Blickenstaff ’s help and attitude, and since he has been in her classroom for multiple years, she said he really has a good understanding of what to do.

“He comes in and works very well with the kids,” Miller said. “Plus the kids really look up to him and enjoy having him in the classroom.”

Howell said that he thinks the athletes get just as much from their Bison Buddies experience as the kids do.

Howell said sometimes when the football team gets on the bus to go to a road game, the kids from Harding Academy will make signs for their Bison Buddies.

An Ode to Nancy | Boys will be boys