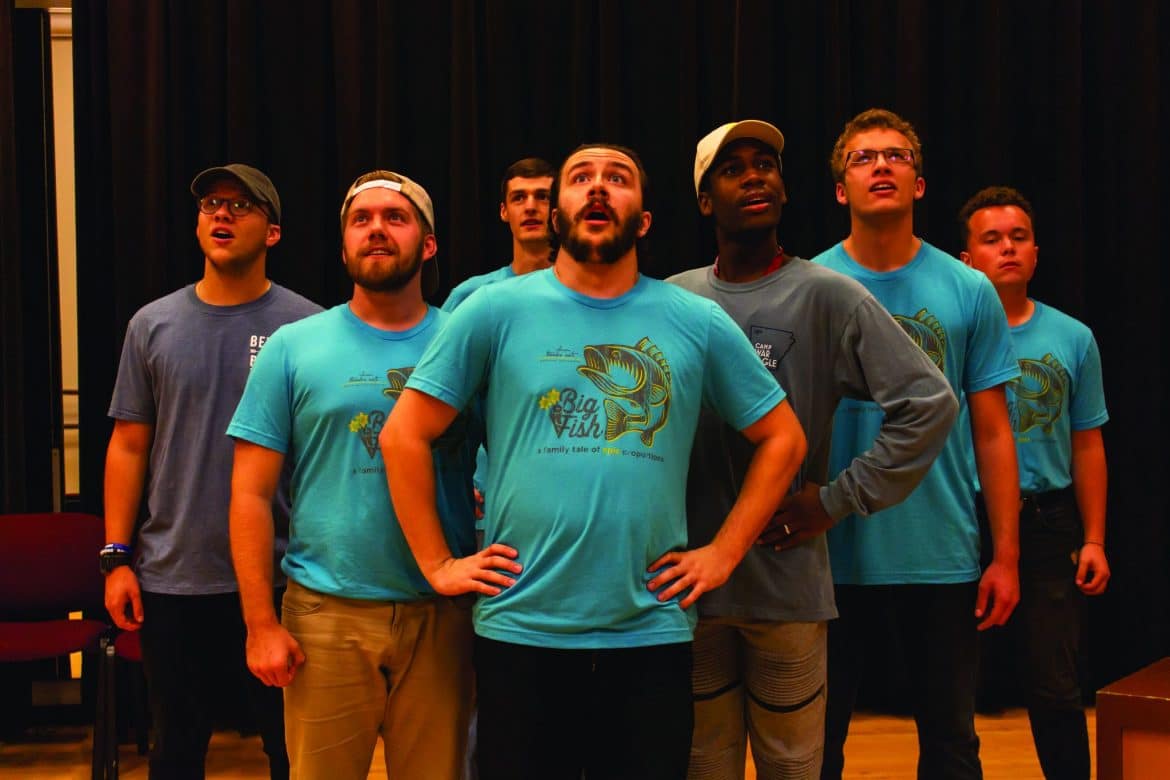 While western themes have been a staple on the Benson stage for Homecoming musicals in recent years, this year’s production is a modern musical showcasing the relationship between a son and his father.

“Big Fish” tells of Edward Bloom and his son, Will. While the story starts with the son being fully grown, it flashes back to when the son was young. The story, according to director Ben Jones, is based around fanciful stories Edward has told his son while growing up — stories that might not always be true and lead to a disconnect between the father and son.

With the main theme of disconnect between a father and son carrying the story, Jones said the audience will quickly discover the father is diagnosed with a terminal illness, causing the relationship to be tested even further.

To contrast the intense themes of the show, there will be several fun elements of the show, according to junior theatre major and ensemble member Tyler Adams. He said he is looking forward to some of the large production numbers like the “Alabama Stomp.”

“It’s an absolute blast,” Adams said. “I love the feel. It has a southern theme to it but it’s not like the westerns that we have done the past several musicals.”

Because of the fantasy involved in the show, the set needed to be able to transform into many different magical designs, according to junior theatre design and production major Sarah Arbuckle, who serves as assistant set designer for the musical. She said while there is some southern architecture to help with setting, the set is primarily filled with projection surfaces to transform the set into different scenes.

“We are using a lot of projections surfaces in the show, so we are mixing realism with fantasy,” Arbuckle said. “We have some hard structure pieces that are more for realism, and then the part with all of the projections is to make everything look fantastical.”

Arbuckle said for audience members to keep an eye out on the fish-shaped cutout of the orchestra pit where a mermaid might make an appearance in this year’s Homecoming musical, “Big Fish.”