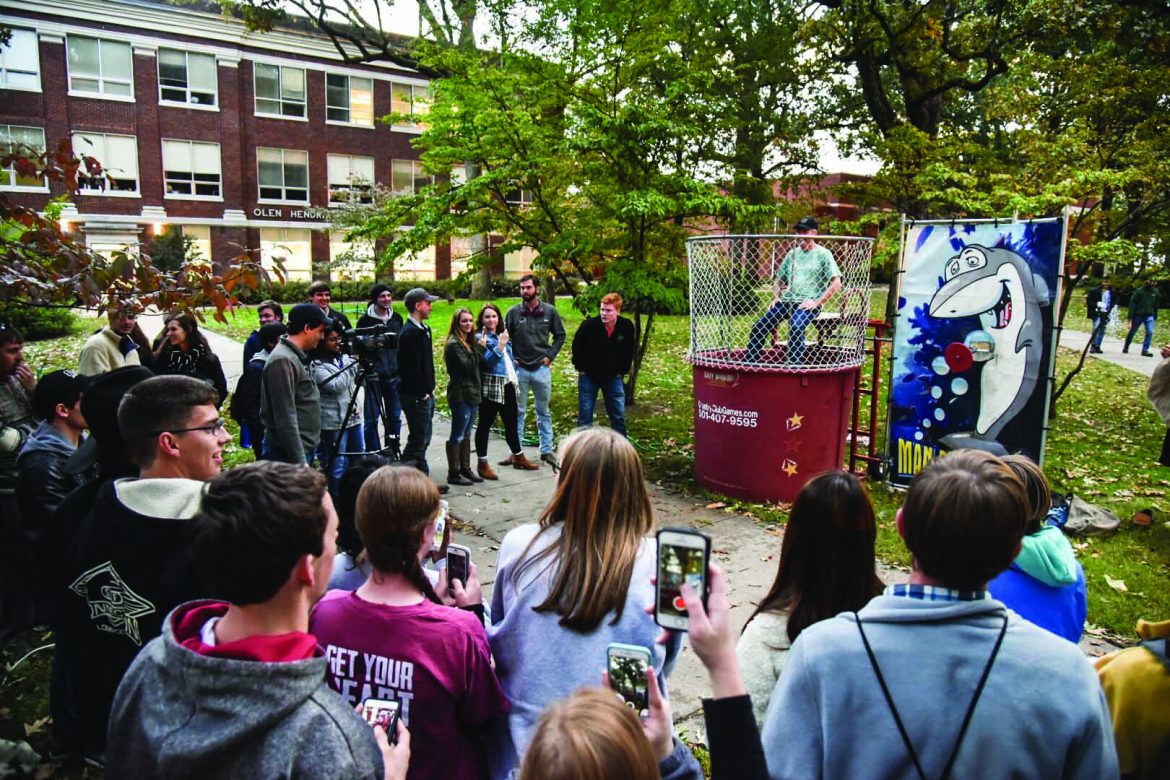 Harding’s annual Relay for Life event will take place from 5 p.m. Friday, Oct. 5, through 5 a.m. Saturday, Oct. 6. This year’s theme is “standing strong through the years.”

Relay for Life is American Cancer Society’s (ACS) signature fundraising event held in every state and in over 27 countries, according to Lisa Bryant, Harding’s Relay for Life faculty advisor and assistant professor of education.

This year, Harding’s Relay For Life committee raised the goal to $20,000, compared to last year’s $15,000, which was exceeded by over $1,000. They are also implementing more focus on the cancer survivors this year, with a tent specifically for them, and providing drinks and T-shirts to wear during opening ceremonies.

“It’s just another way for us to honor the survivors … just to say that ‘we appreciate you, we love you, and we are praying for you and fighting for you too,’” senior Ashley Shepard, survivor’s tent director, said. “It’s really cool to get to support them in that aspect and to have more direct involvement with the survivors.”

Shepard has been involved in Harding’s Relay for Life since her freshman year when her mom was diagnosed with cancer. She has been cancer free for two years.

The event will open Friday at 5 p.m. with a ceremony including a “Survivor’s Lap” where the survivors will walk the first lap of the night around the Front Lawn while other participants cheer them on.

There are more than 27 Harding organizations involved in the event, which will each run a booth on the Front Lawn throughout the event, selling food, entertainment and other items or activities to raise money for ACS. Other entertainment will take place throughout the night, including: Harding’s Good News Singers, Mighty Men Competition, tug-of-war tournament, decades costume competition and inflatable bubble balls.

For many, the event represents much more than a full night of entertainment. The overnight walk is symbolic to one’s journey with cancer.

“… It represents the process that a person goes through when they find out they have cancer,” Bryant said. “It’s bright, it’s daylight, everything is cool during the beginning of the ceremony, but things get dark when people find out they have cancer. In the middle of the night is when it’s cold and everybody is tired. They want to quit, they want to give up but they keep going because they have faith and they have people fighting for them. The morning comes, and that represents beating cancer and hope for everyone.”

Senior Summer Dunaway became involved with Relay for Life in honor of her mom and her aunt, who are both survivors of cancer, as well as one of her best friends, Kyle, who passed away in high school because of cancer.

“I do different things like this in honor of Kyle,” Dunaway said. “One thing his family has stressed [since his death] is they don’t want his legacy to pass — they want him to be remembered.”

Bryant is involved in Relay for Life because both of her grandmothers and her mother died of cancer.

“I promised my [sons] that I would do everything I could to make sure that nobody else lost their Mimi when they were little,” Bryant said. “I’m still trying to fulfill that promise a little bit at a time every day, and I’ve been relaying since 2001. … It’s a way for me to feel like I’m doing something to fight cancer.”

Kavanaugh vs. The Court of Public Opinion