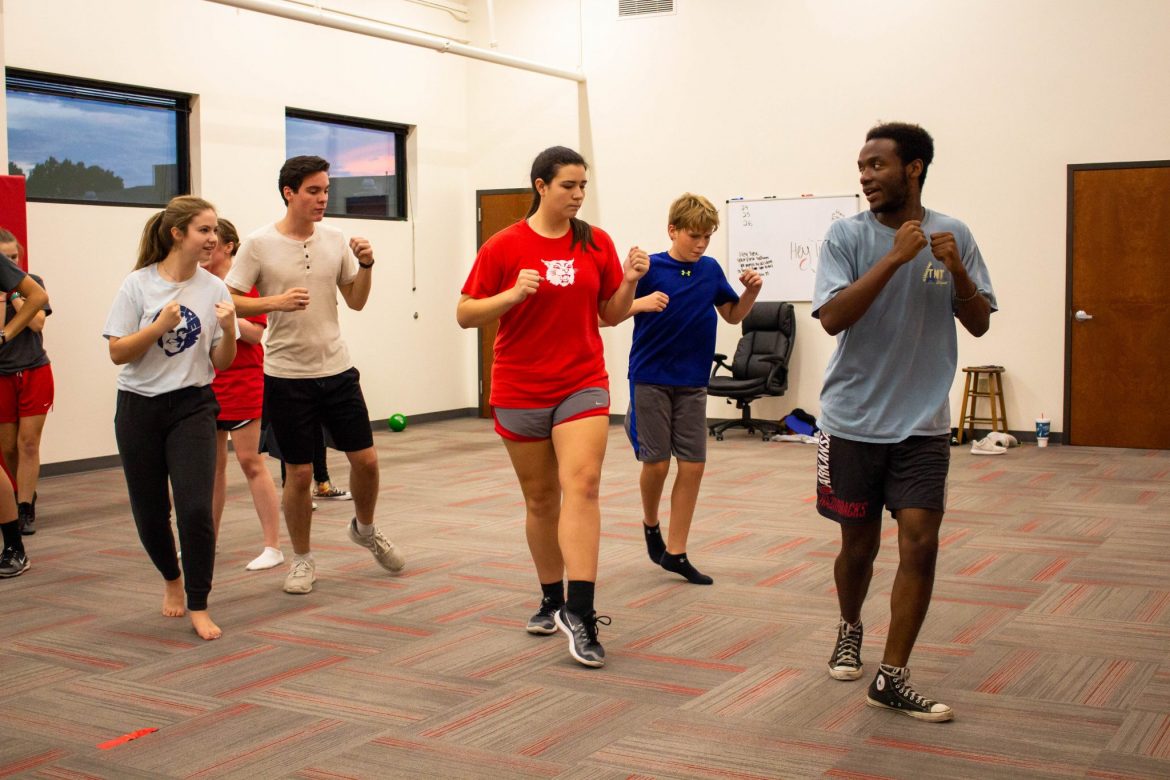 Harding Academy has tapped a new choreographer in town for their 2018 musical, “Newsies.”

Senior theatre major Justice Laws was approached this summer by Director Melani Blansett about being choreographer for the musical, asking him for help due to the difficult level of dancing required. After wanting to work with Laws for a couple of years, Blansett said she knew this show presented that perfect opportunity. Blansett said, because of the show’s strong male ensemble, she thought that a male touch was just what the show needed.

“I kept noticing Justice in the Homecoming musicals and Spring Sing over the last few years,” Blansett said. “I remember texting a friend during a Spring Sing school matinee needing to immediately know who was the incredible dancer I was watching. When Justice is on stage, you can’t take your eyes off of him. He’s graceful and powerful.”

As head choreographer for the show, Laws is tasked with creating and staging all choreography for each production number. Blansett said Laws’ level of preparedness and vision is impressive, considering the large amount of extracurriculars he is involved in such as the Homecoming musical “Big Fish,” social club activities and Good News Singers. The level of attention he brings to the rehearsals would make you think “Newsies” was his full-time job Blansett said.

Blansett told Laws from the beginning she wanted the bar set high when it came to technique and skill. Even though the dancers are all beginners, she had high expectations of what the show could be. Laws said that it has been really cool to see the students learn new techniques and stretch their skills in ways they are not used to.

“Even though the dance moves are really hard and the songs are really long, they don’t complain about it and they do it,” Laws said. “It’s really uplifting and a breath of fresh air to work with these kids.”

This is not the first time Laws has been in a lead choreographer role. He was a Spring Sing choreographer in 2017, but until now has only worked with college students. Laws said working with the two different age groups comes with very different challenges, due to different maturity levels and time commitments.

While working with high school students, Laws has been able to learn a lot about the future of his career. He hopes to be a professional choreographer someday, and this is giving him experience in working with people of all ages.
“Not only is he super talented, but I can speak for the whole cast when I say he makes us all better, and we have fun while doing it.” McKenna Oliver, “Mush” the newsie, said.

Laws said he is looking forward to the audience seeing how hard the kids have been working. He said strong numbers and powerful stories bring the show to life.