Home Features Struggles of the faiths

Struggles of the faiths 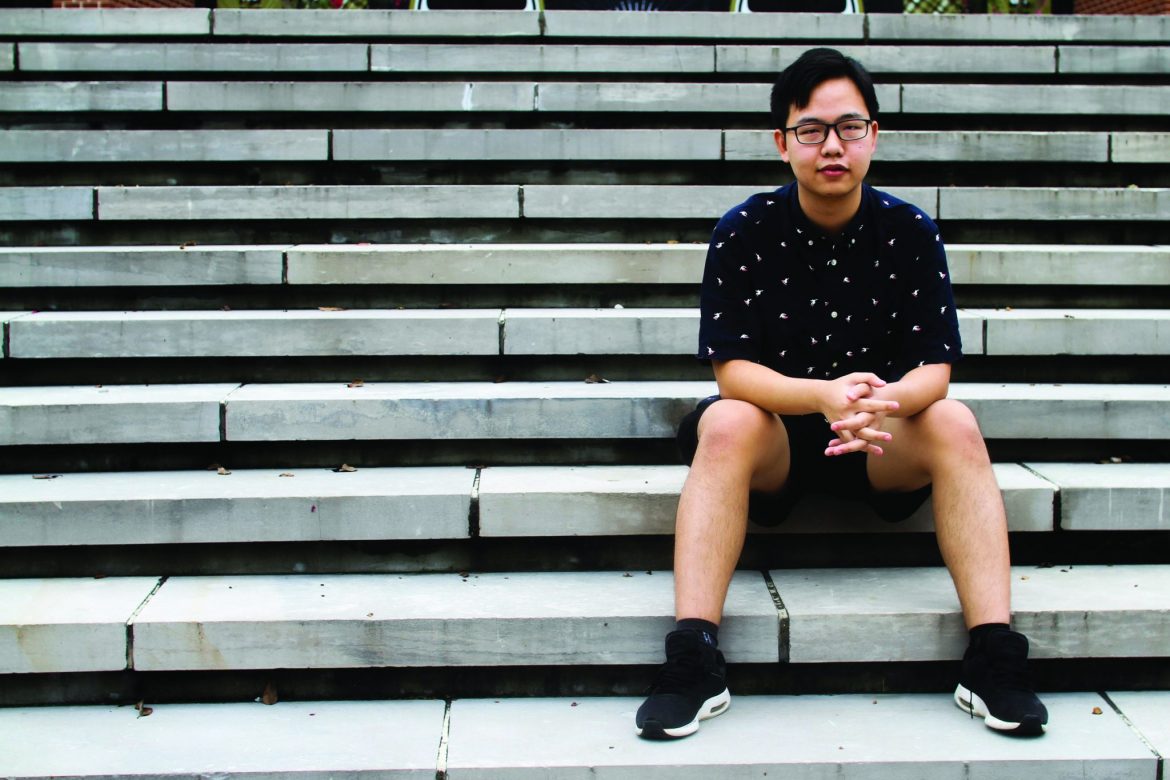 When Pengliang Liao decided to transfer to Harding, he knew it was a Christian school. Though he was an atheist, the opportunity to study in the United States was too exciting to pass up. Liao enrolled in the “2+2” program, an exchange program for students enrolled in Chinese universities, and made the move from Guangzhou, China to Searcy. Upon his arrival, Liao realized he had no idea exactly how “Christian” his surroundings would be.

“You’re an atheist, you’re sitting in the (Benson) Auditorium singing songs that you don’t know,” Liao said. “I remember the first time I came I had no idea what was going on. I was like, ‘Wow, why is everybody standing?’”

Liao began identifying as an atheist in high school after studying Western civilizations and world religions. His family visited Buddhist temples occasionally but had never been especially religious.

“I just found that it logically makes sense to choose to be an atheist instead of choosing to be a Christian or any of the other religions,” Liao said.

During his first year at Harding, Liao not only had to adapt to Western culture, but also to living in a distinctly Christian environment. Throughout his primary education in China, Liao said there was a consistent focus on atheistic values, like belief in materialism. Transitioning to an environment with persistent evangelism presented challenges he did not expect to face in the U.S.

“We have Bible classes every semester. There was some homework for extra credit once where you had to go to a home Bible study … it was really frustrating and out of my comfort zone,” Liao said.

Today, two semesters away from graduating, Liao said he has a better understanding of why his peers deeply value the environment at Harding. Just as many of them are convicted to pursue Harding’s ideal of a “community of mission,” he too is passionate about standing-up for his beliefs. Regularly, Liao is invited to attend church with a friend or classmate but works to remain a stronghold for the other students in the “2+2” program that come from atheistic backgrounds as well.

“A lot of my Chinese friends are just trying to be nice and they don’t want to refuse people, but I really feel like I have to stand up,” Liao said. “I’m really good at refusing people.”

Despite the sometimes overwhelming presence of Christianity, Liao said he does not regret coming to Harding. One of the most valuable aspects of attending a Christian school, he said, has been the wealth of opportunities to improve his English.

“It’s just hard when you’re trying to speak a second language. You need a lot of practice if you’re trying to speak like a natural speaker,” Liao said. “Professors and friends, students here, gave me the best environment to practice and improve my English. I would say if I were studying at a public school or somewhere else, … it would be much rougher to improve my English.”