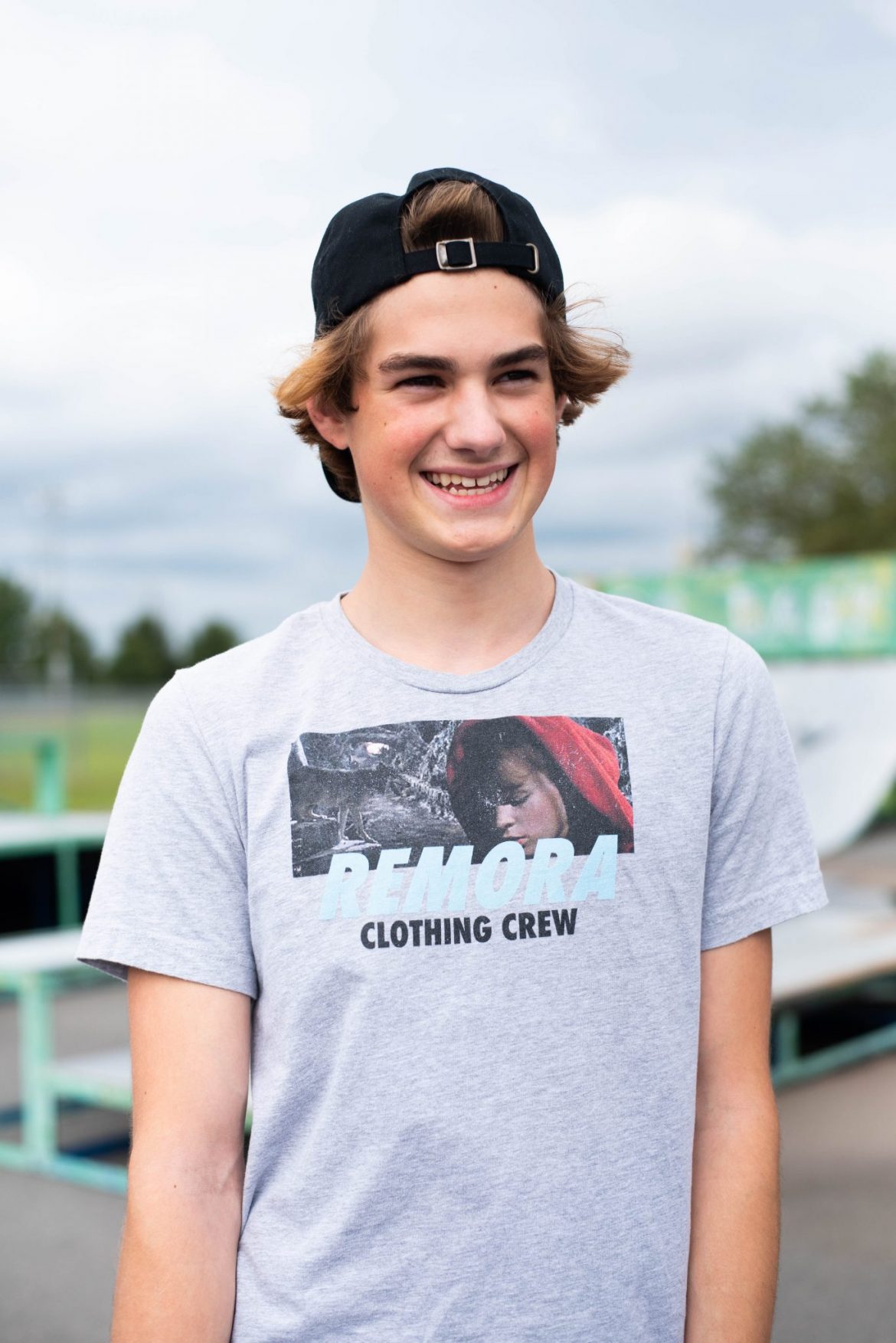 Freshman Brandon Herridge wears one of his Remora apparel products. Herridge said he loves the creative aspect of owning his own clothing brand. | Photo by Emily Griffin

Freshman Brandon Herridge is the creator of Remora, a clothing brand he started around a year ago when he was inspired by other skater brands and wanted to create his own line.

“I love certain brands like Volcom, Huff and other skateboard brands. I just really like that vibe. I thought it would be cool if I did that,” Herridge said.

Herridge is majoring in business management, something he has shown interest in from a young age.

“I remember doing lemonade stands when I was little, and I think another big influence is from my dad — he does Burger King franchises and real estate … and I always looked up to him and thought that was cool,” Herridge said.

When Herridge started Remora his senior year of high school, he found that it was easier to start in small town West Virginia.

“When I was at my little private high school, it was really easy to start trends,” Herridge said. “That is what I kind of did to kick it off, because I would wear it, and then other people would start to wear it.” Freshman Brandon Herridge wears one of his Remora apparel products.

While Herridge started Remora in high school, he is very excited about the future of his brand, especially on Harding’s campus.

“There are so many more people here, and there is definitely more of my target audience represented here at Harding,” Herridge said.

One of Herridge’s favorite parts about starting a clothing brand is the creative freedom behind each design. He really enjoys being able to create whatever he wants, whether it be something he think looks cool or a joke between him and his friends.

“He just loves designing shirts. There are stories behind a lot of them, but also a lot of them are just for fun,” Turley said.

Throughout the process of creating this clothing brand, Herridge has learned a lot about how to run a business, including some things that would be hard to learn in the classroom.

“I made this one shirt, and it had a picture from the movie ‘Troy’ with Brad Pitt on it, and this is when I learned about copyright because I got an email and then took it down quickly,” Herridge said.

According to Herridge, there have been a lot of ups and downs and a lot of trial and error, but just sticking with it has proven to have great reward. Soon, you will be able to find Remora clothing in a boutique shop in Encinitas, California.