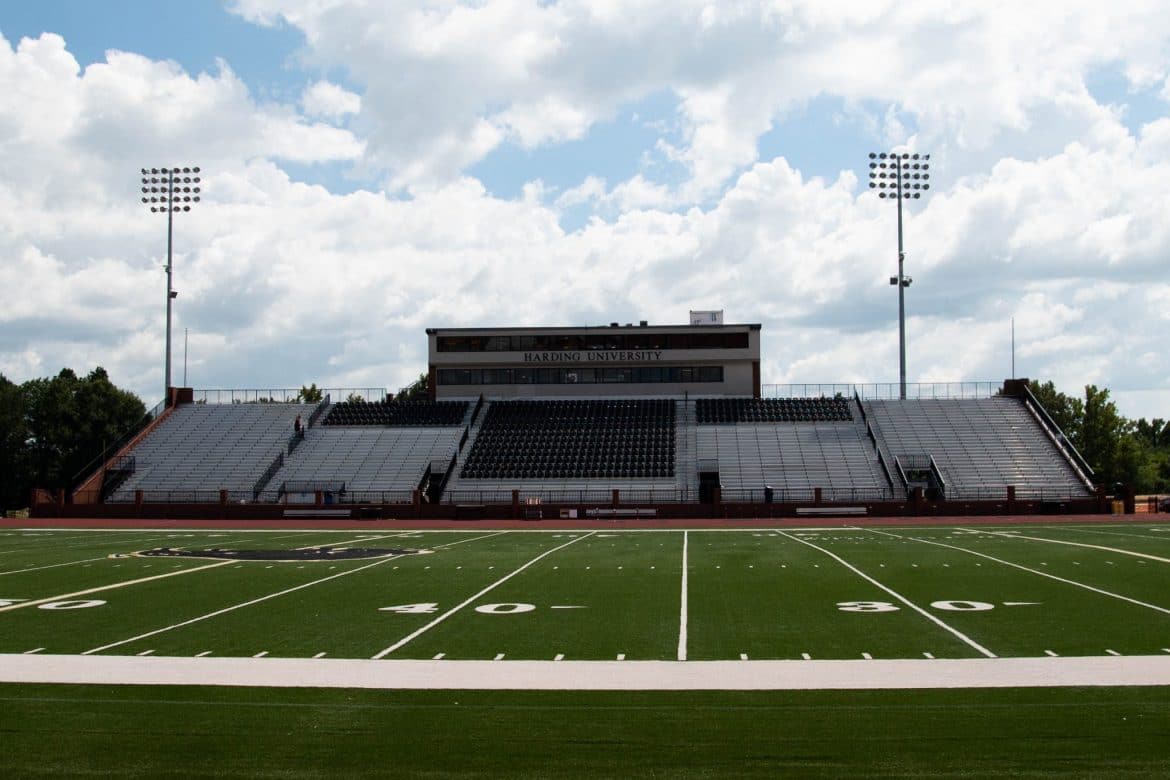 The home of Bisons football got some renovations over the summer. First Security Stadium received new stadium lights, plastic stadium seats and an elevator to the press box. The president’s suite was also expanded in order to accommodate more guests.

First Security Stadium is used for much more than Harding football games. The Arkansas Special Olympics are hosted there every May, the Harding Track team uses the facilities, the Harding Academy football and track and field athletes also play in the stadium. The Harding student body and the local Searcy community are welcome to use the track for personal fitness as well.

“It’s always exciting to be a part of improving facilities, not only in the athletic department, but it’s exciting to see all improvements made on campus,” Jeff Morgan, Harding athletic director, said.

Some of the initial plans for the renovations and improvements to the football stadium were made prior to Morgan replacing Greg Harnden. But he has been a part of the completed projects to the press box and stadium seating, and the installation of the new lights.

The old stadium lights, which were nearly three decades old, failed an illumination test, according to Morgan. The new lights are closer to the field, and there are less of them: Previously there were six light poles and now there are four, which helps the field be more energy efficient.

Morgan told a story that Harding President Dr. Bruce McLarty told him, where Dr. McLarty went out to the track to take a photo of the new lights for social media. There was a local couple from Searcy walking the track who made the comment as they passed by “man, it is so bright out here!” Something McLarty thought has never been said before.

The improved stadium seats have been a Bison Booster Club goal for a while now, according to Morgan. In the reserved seating section, every other row was removed to give more room to season ticket holders.

“I will always have season tickets, but the improvement to seating that has been done will make watching the games a better experience for spectators,” Lathan Garnett, Bisons season ticket holder, said.

Morgan said some people may think that losing seats means losing money, but the seats that were removed have been empty for multiple seasons, and all the new seats are reserved.

“When the players look up in the crowd, they are not going to see a lot of empty aluminum bleachers,” Morgan said.

The majority of the improvements to First Security Stadium were funded by donations and fundraising by the Bison Booster Club, according to Morgan. The next addition to the grounds will be an indoor football practice facility that will also be funded solely on donations and is expected to be ready in time for next season.

On the road again

An Ode to Nancy | Vomiting at the finish line