Home Sports On the road again

On the road again 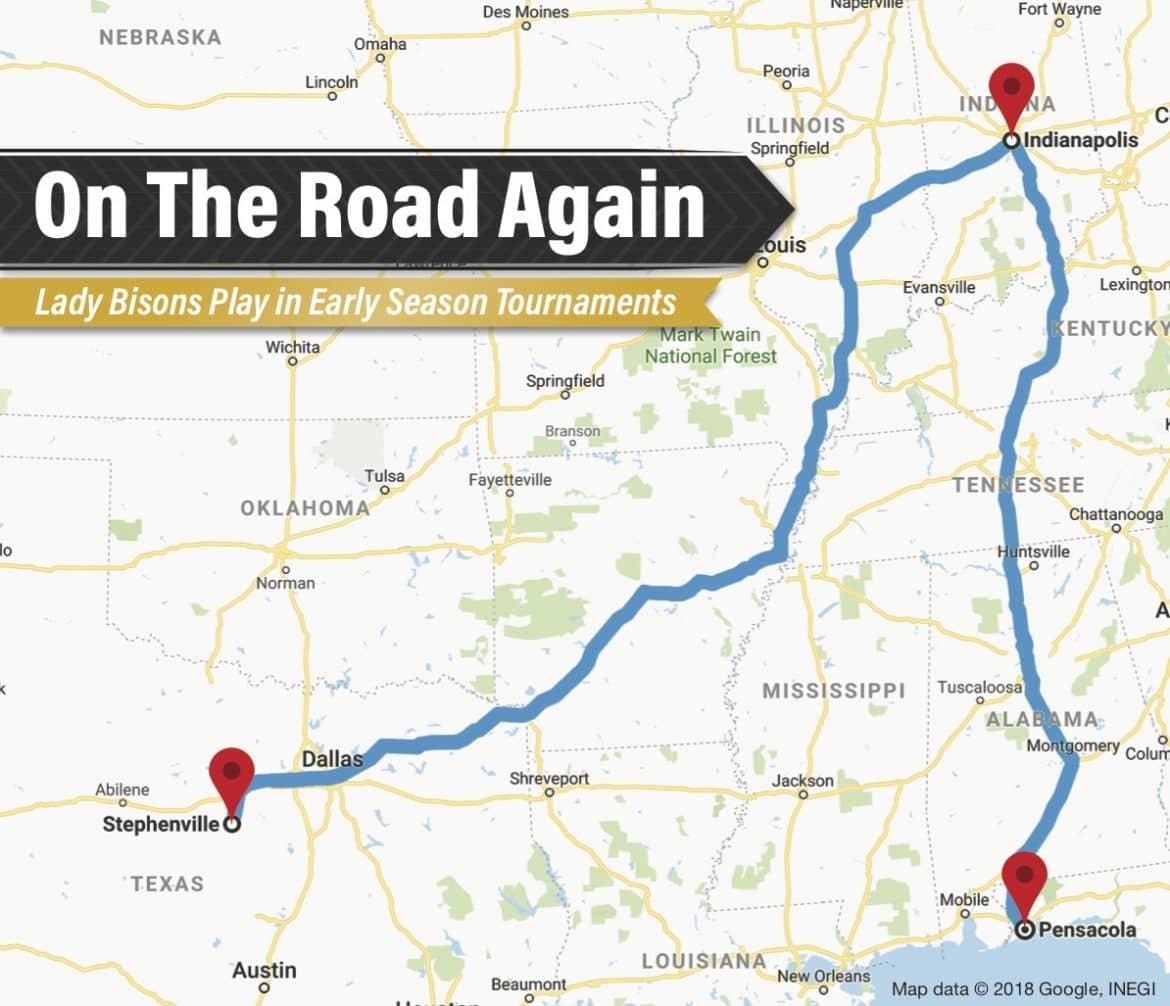 By the end of the weekend, the Harding volleyball team will have spent at least eight hours on the road and will have played at least three matches each weekend for three consecutive weekends.

Head Coach Meredith Fear said that this volleyball season, the team will be starting preseason tournaments earlier than previous seasons. Last year, the team’s first game was at home, and they had a full week before they started traveling.

“It’s the toughest preseason schedule we’ve ever had, as far as the amount of ranked teams we’re playing and also anytime you’re traveling that far, it’s tougher to play well when you’ve been on the road and when you’ve been on a bus for a long time,” Fear said.

Starting Aug. 24, the team will travel 24 hours over the course of three consecutive weekends. Four days after Harding started the fall semester, the team travelled to Stephenville, TX, where they played in the Tarleton State Tournament. The following weekend, on Thursday, Aug. 30, the Bisons made the trip to Indianapolis, Indiana for the UIndy Tournament. Today, they will be playing in Pensacola, Florida, in the West Florida Tournament.

“A typical day of traveling for us is hopping on the bus, driving five plus hours, stopping to eat dinner at [a teammate’s] house or a restaurant, practicing and then getting settled in at the hotel before starting our games the next day,” senior outside hitter Emily Clayton said.

Both Clayton and senior defensive specialist Taylor Lake agreed that long road trips can be hard, but in the end, the time on the road spent with the team contributes to the time spent on the court.

“I feel like when we travel it helps our team chemistry,” Lake said. “I mean there’s people obviously really tired by the end of the trip, and you don’t always get back to Rhodes feeling your best, but I really think that it’s when we travel that we really get to know each other.”

As a student athlete, each player must balance being a full-time student with being a collegiate-level athlete. Especially this early in the school year, being on the road for hours of the weekend and some weekdays, can make studying a difficult task.

“It works miraculously,” Lake said. “Studying on the bus is not always easy, but it’s a lot of fun because it’s kind of like a team-building thing where we’re all in this together.”

The Bisons enter the season picked by Great American Conference coaches to finish second in the conference, behind Arkansas Tech University.

With seven seniors, many of whom have played as starters since their freshman year, this team has high expectations for the upcoming season.

“They’ve just seen a lot of volleyball over the last four years,” Fear said. “So keeping them healthy and maintaining that, but as far as their motivation, their drive — it couldn’t be stronger. They’re very motivated to get to the tournament, win the tournament, and get to the NCAA tournament.”

The Bisons’ first home game will be Sept. 11, at 6 p.m. versus Arkansas Tech University.

“We’re going to play some tough matches, but I think we’re up to the challenge, and I’m just excited for what we have ahead of us,” Lake said.